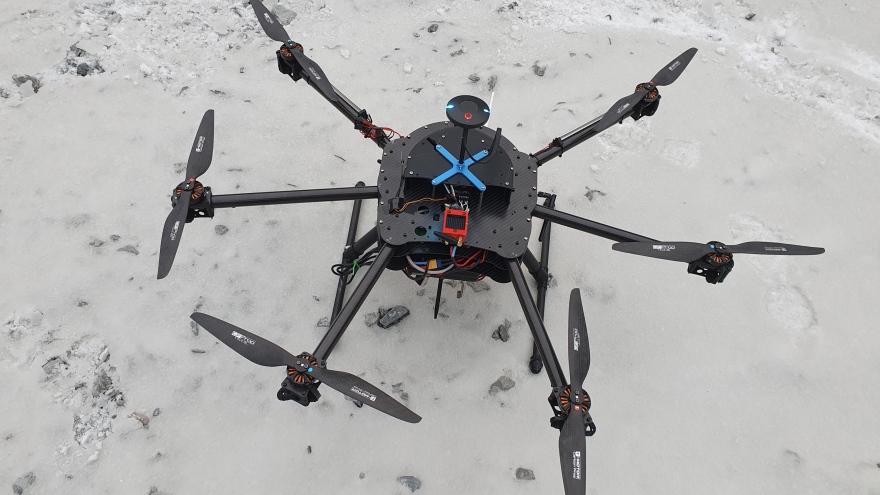 Researchers in Robotics and AI: George Nikolakopoulos, Anton Koval and Ilias Tevetzidis, together with Håkan Bihagen, project manager at ABB. 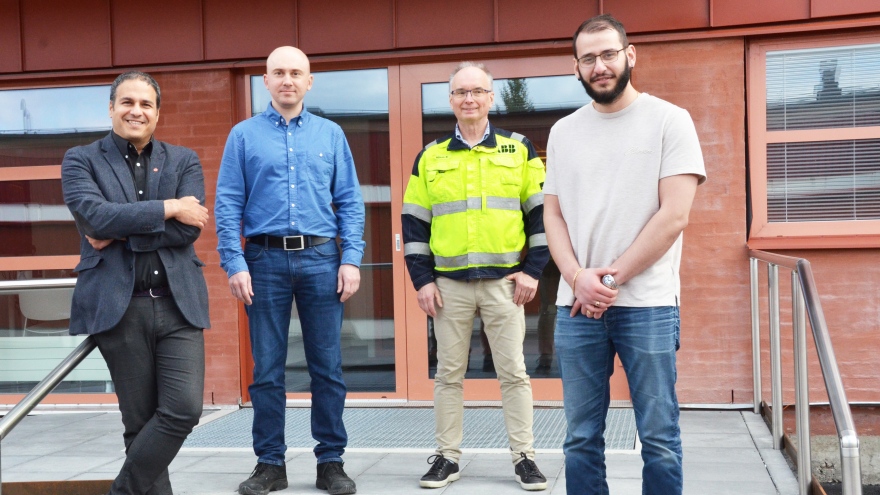 The aim is to develop robust, reliable advanced AI enabled autonomy for aerial vehicles (drones) with the capability to autonomously conduct toxic gases measurements after blasting in full autonomous mode.

Blasting in open-pit mines, as in the copper mine in Aitik run by Boliden, leaves toxic levels of gases. Today, human workers, approaching the sites in mining trucks, perform the process manually. It is a safe and strictly regulated procedure, but potentially dangerous if something goes wrong. Instead of sending humans to the newly blasted area, autonomous drones can do the work. Hence, humans can be placed in a safe zone away from the concentrations of toxic gases.

– Aerial robots are commanded to perform the dangerous inspection task by indicating the exact area, while allowing the workers to have full overview of the mission. As such the toxic gas inspection process is fully safe, is performed faster, and everywhere in the mine; factors that push the productivity by reducing the down times, George Nikolakopoulos, Professor of Robotics and AI, explains.

If autonomous drones were used in open-pit mines, it would have a great impact on the mining industry. It would create a future mining fully safe for those working in the mines. Moreover, enabling more efficiency during the operations.

– The vision of the mining industry is characterised by 100% safe operations and reduced down times. Objectives that can be met by altering the way that humans work nowadays and allowing them to supervise multiple autonomous machines executing the dangerous tasks, says George Nikolakopoulos.

The research on drones in open-pit mines is carried out within the framework of the research project DRONESAFE. The researchers in Robotics and AI, are responsible for all the autonomy operations of the aerial vehicles and for demonstrating the overall concept. Boliden, as end-user, defines the requirements and will evaluate the demonstrated technologies. Last partner in the project, ABB, is responsible for the toxic gas sensor measurements and will also contribute to the integration of the concept to the current mining procedures.