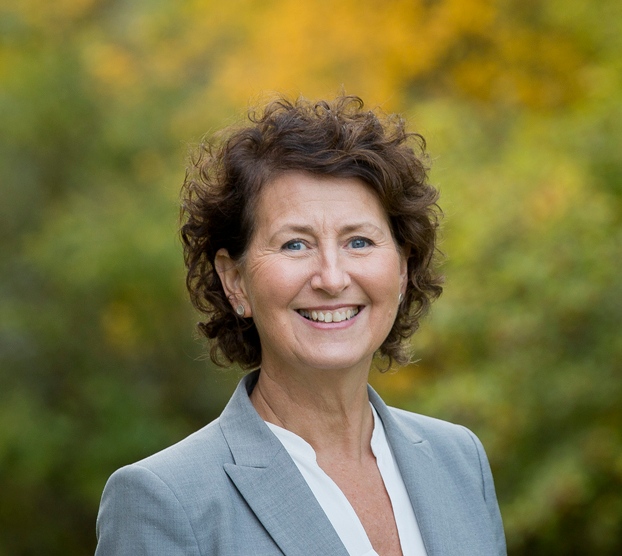 Gry Holmgren Hafskjold comes from Drammen in Norway and has studied to become a mining engineer at the earlier Luleå University. She worked in the Norwegian oil industry for a few years, and then supplemented with economics studies, before the family moved back to Norrbotten. She started at CENTEK by building the relationship between Luleå University of Technology and small businesses. In parallel with her CEO job, she is also CEO of LTU Holding. Under her leadership, LTU Business has grown from 11 to 40 employees.

The story of Sweden's first incubator, CENTEK Business Hotel, began in 1983. Luleå University was training mining engineers from the third world, people who came to Sweden with large amounts of cash in their pockets to pay for their education. The project manager, who still works at LTU Business, took the money to the University's Finance unit, but they could not accept payments that way. The solution was the establishment of the CENTEK foundation.

Gry began her career at CENTEK in the nineties. At that time, the organisation was quite large with a lot of activity: broad-minded, innovative and international. CENTEK organised, for example, contract education via what today is known as SIDA (the Swedish International Development Cooperation Agency), and Russian officers were trained as market economists when Russia was disarming. CENTEK also ran extensive programmes designed to train people in the mining industry in Asia, Africa and South America. Moreover, CENTEK offered, credit-bearing courses in sales, marketing, finance and leadership in the region of Norrbotten, on behalf of the County Labour Board. But then came a change in regulations and put an end to the courses. This change led to CENTEK shrinking considerably and some lean years followed.

When Luleå University of Technology became the sole owner of CENTEK, CENTEK also became a subsidiary of the already existing company LTU Holding. At the same time, CENTEK and Luleå University of Technology joined forces in a large Vinnova-funded project with the opportune goal to build a powerful innovation system – and in that way came closer to each other. “The fact that CENTEK eventually changed its name to LTU Business also helped to bring the organisations closer together,” says Gry.

Today, approximately 30 per cent of LTU Business's operating revenue comes from the University and the company has, among other things, been contracted to support the University’s researchers and students with their innovations and business ideas. The company's remaining revenue comes partly from direct assignments from other organisations and companies, and partly from participation in externally financed projects where they collaborate with other actors from both the private and public sectors.

“It is a conscious strategy to not only work with the University, but to have different types of customers and project partners, nationally and internationally. This means that we sharpen our professionalism and can deliver even better services to Luleå University of Technology,” Gry states.

An important support for innovators

What do you do if you have an important research result or an innovation that you want to bring to market and in society? When LTU Business receives a new idea, they first check who the owner is. Is it an idea of an individual researcher? Is it based on someone else's research or is there a team behind it? Is it realised elsewhere and, if so, does it matter?

To assess if the idea is worth testing against a target market, LTU Business does a thorough job. The company's experts contact potential customers, dealer networks and other stakeholders to form an opinion on whether the market is ready for the product that the idea entails, or whether it needs to be further developed. In this process, LTU Business mainly uses an in-house developed method, Innovation Due Diligence, which gives structure to the work and quality to the results in each individual case. LTU Business also supports the innovator in the work that follows. It can be anything from support on patent and IP issues to business strategies. LTU Business assesses about 150 ideas a year. Most of them come from the University, but LTU Business also assesses ideas from individual innovators in the region, and companies and business clusters in Europe.

LTU Business works at the intersection between the University, society and business. From the unique position, they can sometimes see better than anyone else the paths to cross-sectoral collaborations that solve problems and create development and growth. When an idea takes shape, they also know where to turn for funding of new projects. The organisation has existed for almost 40 years and many have heard of them or come into contact with the staff in various ways.

“We are a unique organisation by Swedish standards. I have not met a single company that works like us at the other universities. We are specialists in innovation management, strategy work, growth-creating project management and collaborative business development which, when combined, add a great deal of value to the work we do. It will be powerful for Luleå University of Technology to have that competence in its vicinity and use it when the need arises in research applications, projects or the like, and in the continuous contact with small companies,” says Gry.

For some assignments, they use expertise from outside. Among the frequently engaged consultants are the students from Luleå University of Technology who have their own consulting company. LTU Business, for example, has a summer programme for students that is very popular, where students gain new experience by working as business developers for researchers, companies and with their own ideas. It gives them the opportunity to learn international methods used in large companies and prepares them for their future careers.

Of all that Gry has achieved during her years, she is extra proud to have managed to employ the right people. She also believes that she has succeeded in building up what LTU Business is now passionate about – the work with regional development – which even today characterises the organisation to a large extent. “We want the region to develop so that it becomes an even better place to grow up and live in,” she says.

When it comes to the major transformation that is now taking place in northern Sweden, Gry sees that there are many challenges ahead for the region. “LTU Business has the skills and experience needed in this type of societal development,” she says. Gry believes that competition will intensify in certain areas and many will need help with their strategic business development. And then LTU Business is the right partner to work with.

“We need more small companies that grow to become medium-sized companies in Norrbotten. To achieve this, capital, knowledge and cooperation in which we work closely with Luleå University of Technology are needed. The dream is for more people to make the same journey as Lindbäck's Bygg in Piteå has done. But that journey took 30 years, so you have to be able to persevere – from the University's side but above all from the companies' side,” says Gry.