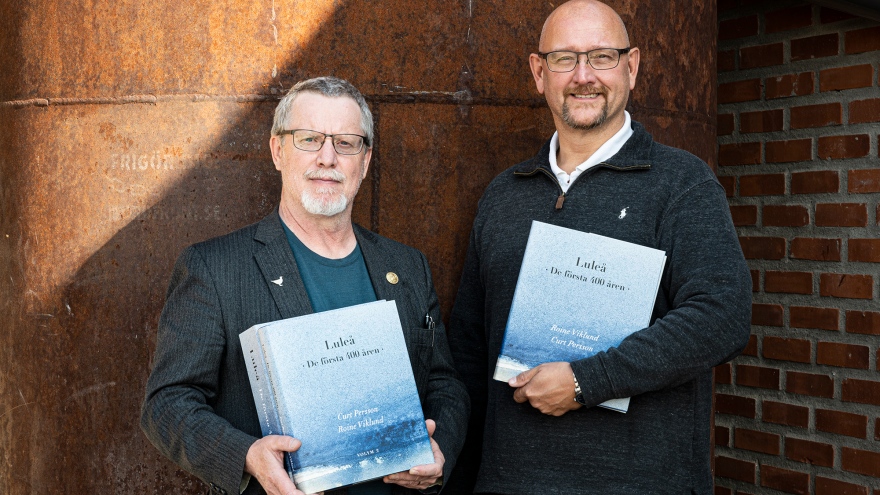 Olof Bure's donation letter to the poor in Luleå from 1624. Bure was the one who, on the king´s demand, established Luleå's city plan. The interest from the donation should go to wadmal to dress the poor. 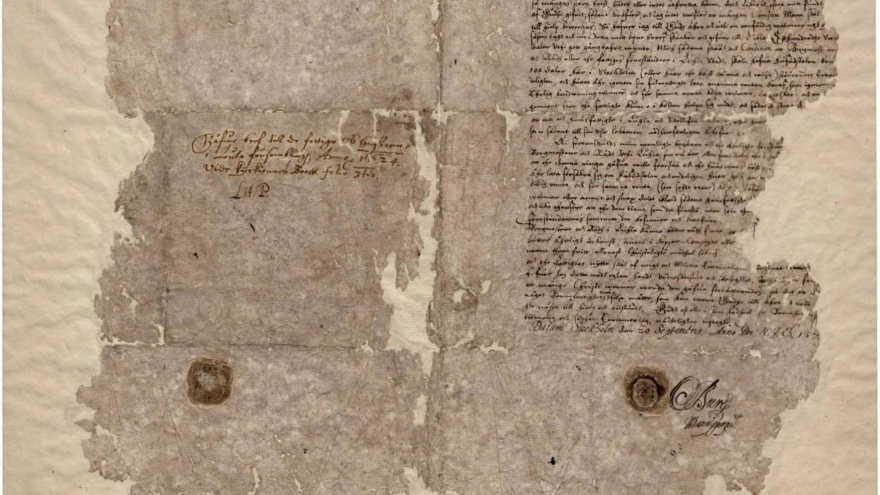 Luleå City's letter of privilege from 12 July 1621 contained 19 points that regulated the city's administration and finances. 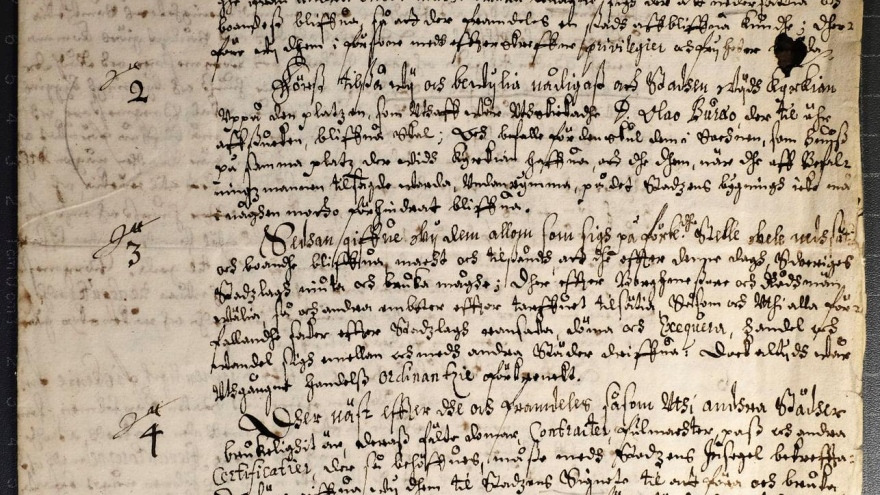 Drawing of Luleå by Gustaf Läw from 1695. 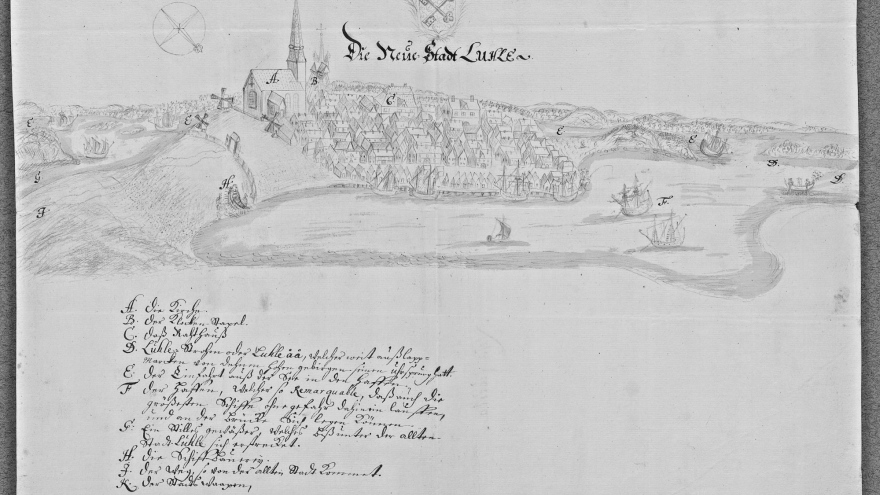 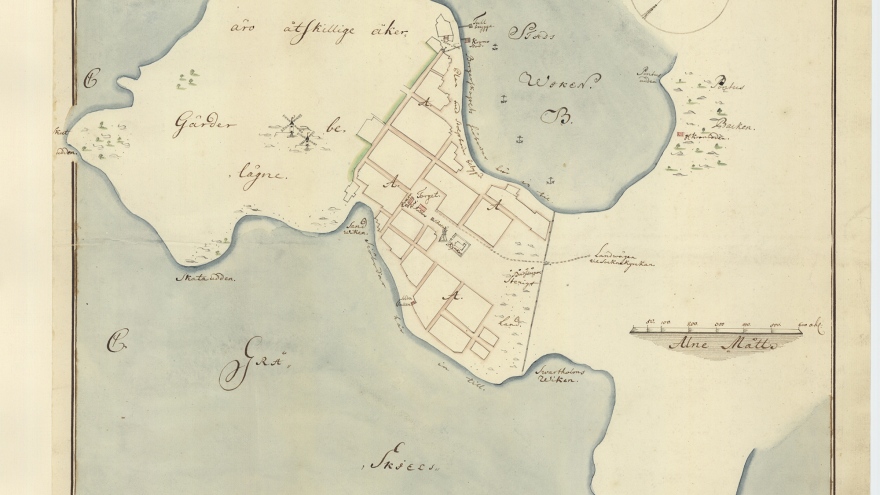 Since the 1960s, no comprehensive work has been written about Luleå's history. The books that have been published since then have had an impact on a certain era or a certain aspect of the city's history and have mainly been based on previously published books. In "Luleå - the first 400 years", the authors, Roine Viklund and Curt Persson, have returned to the historical sources. There are thousands of documents with older writing that the authors have had help to transcribe.

– In the first part, which deals with the 17th and 18th centuries, I have gone through almost all the source material that is available. It has never been done before, says Roine Viklund.

Book a child of its time

Even in connection with the city's 300th anniversary in 1921, an anniversary book was published.

– Like ours, that book is a child of its time. It is characterized by tributes to prominent men, while women shine with their absence. We try to find other perspectives on the same material, but also some new sources, says Curt Persson.

One of the women that the book highlights is Anna Gustavsson, who in 1892 got a job as a county maid at Norrbotten County's household society (Hushållningssällskapet). Despite being opposed by the male-dominated organisation, she pushed through new dairies in several places in the county. She was also a pioneer in the suffrage movement. In addition, she has contributed in a more concrete way to the science of history.

– During her travels into the county, she built up a network of informants who came to form a framework in the county museum's collections of oral tradition and historical objects, says Curt Persson.

Makes the importance of minorities visible

The book also highlights the importance of minorities in the city's history. The Sami have lived here since the beginning of time. When the city grew, Sami girls and boys in Luleå worked as maids and farmhands for the farmers. Some did badly. They were forced to beg to make ends meet. The Sami were also decisive in the so-called Lapland trade, both as carriers and as purchasers of sought-after goods. It was also common for the Sami to work seasonally as fishermen. As the industrial society grew, Tornedalians and Finnish Finns were attracted to Luleå and contributed to the city's prosperity.

While working on the book, Curt Persson has been struck by the foresight of local politicians and industrialists in terms of education and housing. They realized early on that the rapidly expanding labor market needed a well-educated workforce. A technical evening and Sunday school started in 1876 and in 1905 the Eastern school opened its doors. It was then one of Sweden's most modern schools, not only in terms of technical innovations such as running water and electricity but also through its currently progressive pedagogy. In 1907, Luleå gets its own teachers' seminar, which will later become one of the cornerstones of Luleå University of Technology.

The districts of Malmudden and Örnäset have been selected as examples of the construction of public housing in Luleå. Here, local service is planned as well as a mix of condominiums, rental apartments and villas according to the ambitions of the time for integration and social equalization. Lars Hedström came to Örnäset as a two-year-old with labor-immigrant parents from Borlänge. In the book, he writes about how Örnäset has shaped him. Lars Hedström passed away shortly after his texts had been delivered. The book is therefore dedicated to his memory. The book also contains texts by Karin Tjernström (women's movement), Ola Gustafsson (sports) and Hans Olov "Hantis" Ohlson (entertainment).

– Actually, Luleå exists against all odds. Nobody wanted it. The citizens preferred to live on their farms. The citizens of Piteå and Tornio couped that their towns received city rights before Luleå. It was really only the expanding state in the 17th century that wanted the city for taxation. The state had grown strong enough to be able to put power behind its words. The people of Luleå would be exposed to famine, fires, Cossack attacks and shipwrecks. But again and again they rose to their feet again. With this book, I hope that the people of Luleå will learn something new about their hometown and those who have fought for the city before them.

The book was released 25 August at Norrbotten museum.

Within the framework of the book project, Curt Persson and Roine Viklund have participated in a number of other projects:

Norrbotten Museum's exhibition about the anniversary cities of Luleå, Piteå and Tornio

Visit the municipality's digital archive with historical maps of Luleå