The Queen and King at campus in Luleå. 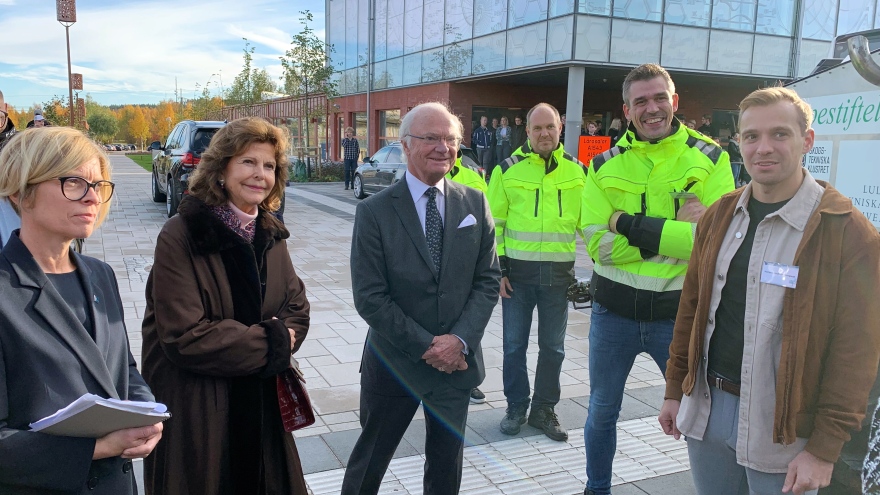 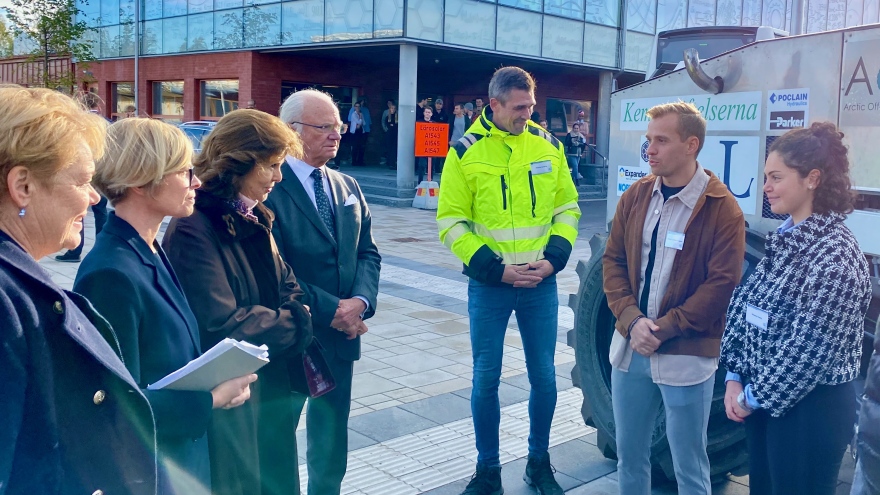 Birgitta Bergvall-Kåreborn, Vice-Chancellor at Luleå University of Technology, with King Carl Gustaf and Queen Silvia on Regnbågsallén that runs through the university campus in Luleå. 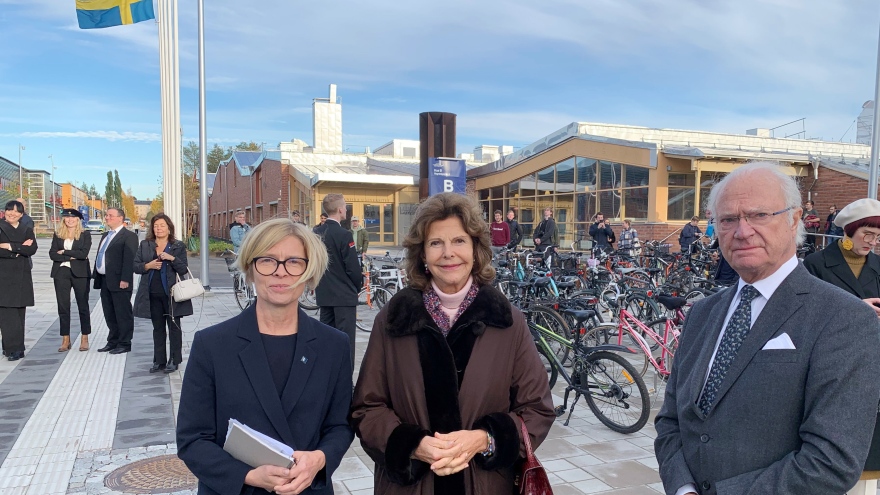 "After the Corona pandemic, this is a fun event when society opens up again," Nicklas Forsberg said, a student at the Master Programme in Industrial and Management Engineering at Luleå University of Technology (second from left) who, together with his classmates Wille Nordström, Olle Rosenqvist, Johan Peippo and Lucas Devismes got to chat with the king's Peter Hederstedt. 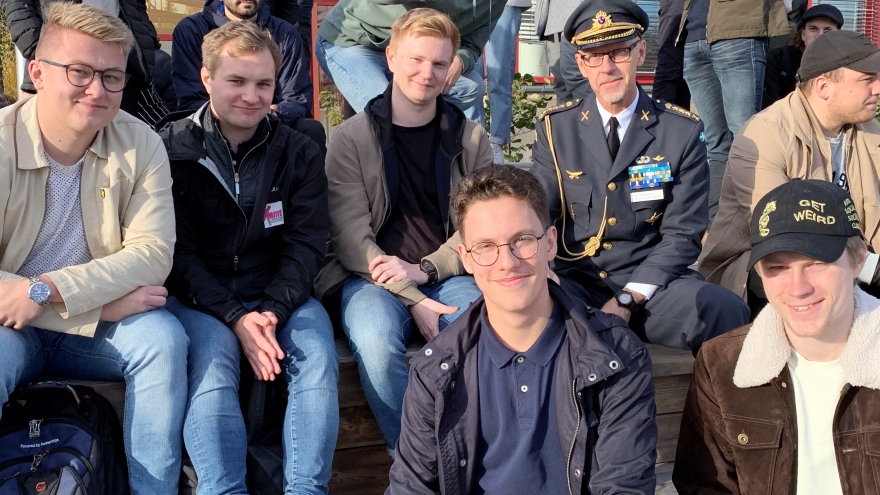 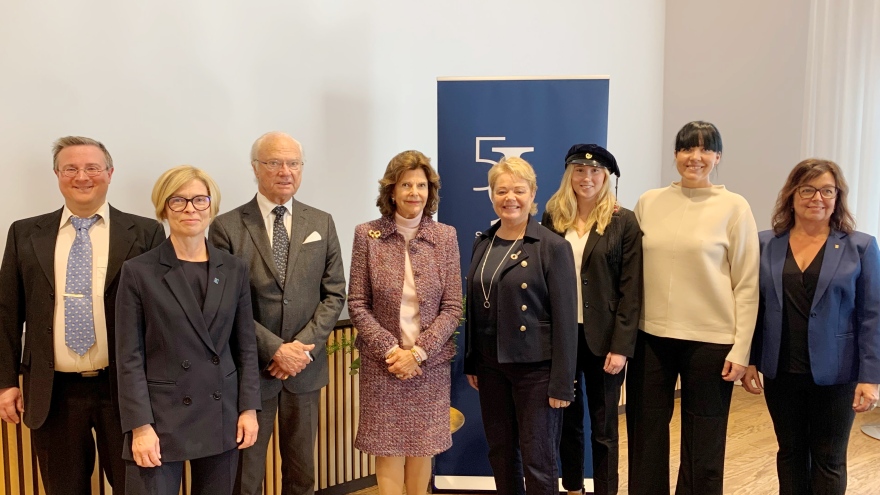 Amanda Jonsson, chair of Luleå studentkår, Jennie Hägg Wilhelmsson, Head of the student department, and Erik Elfgren, senior lecturer in Energy Engineering, spoke to King Carl Gustaf and Queen Silvia about their experiences from the pandemic. 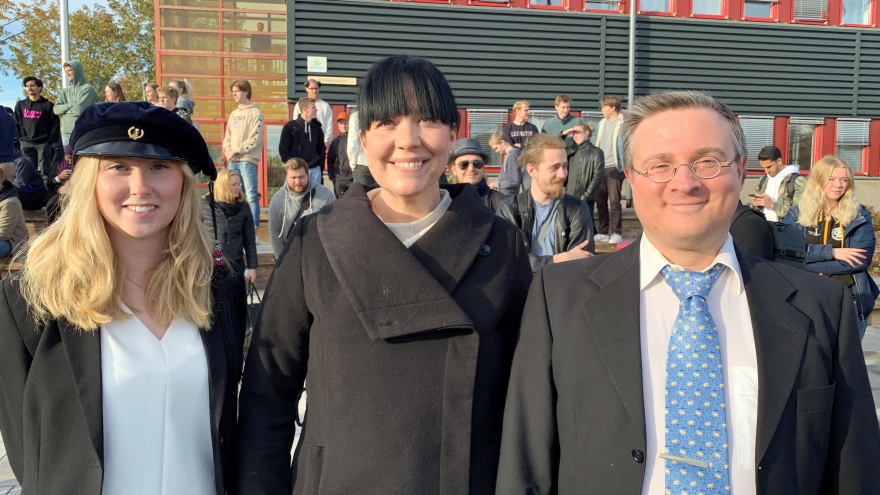 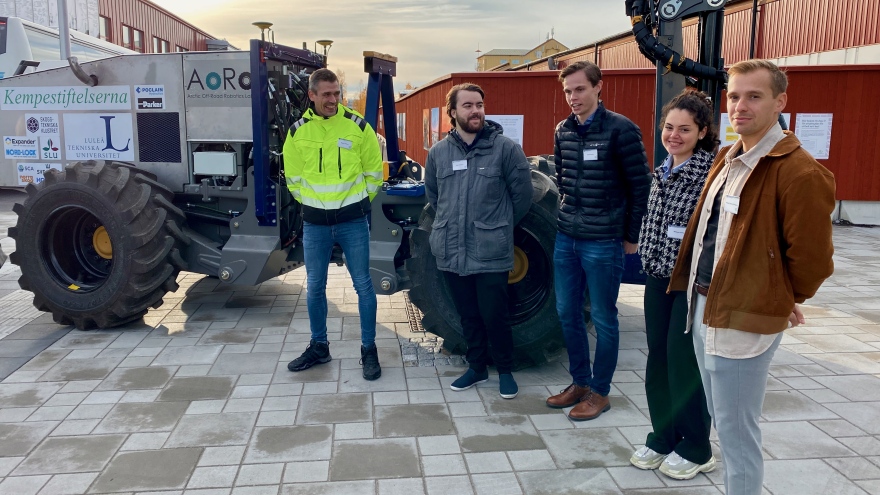 Professor Magnus Karlberg demonstrates the autonomous terrain vehicle for the King and Queen. 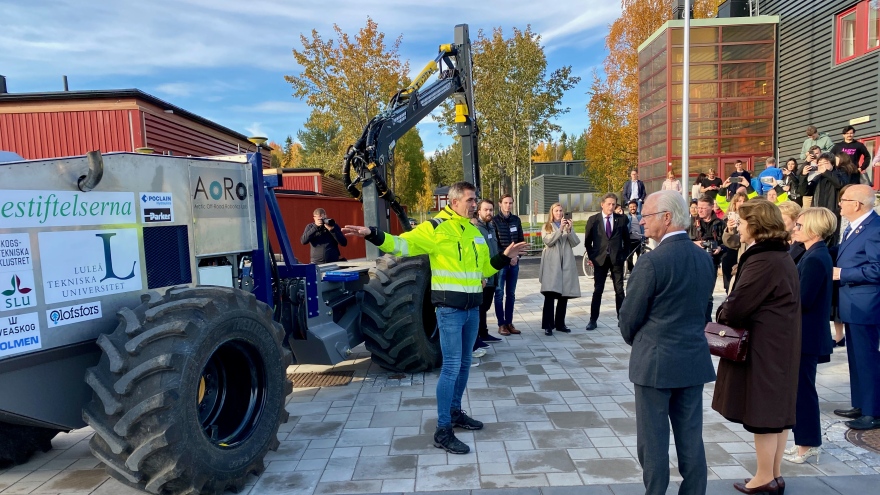 The Swedish King and Queen have been in Norrbotten for two days. Partly due to Piteå and Luleå both celebrating 400 years – the King highlighted in his speech in Stadsparken in Luleå also the fact that the University turns 50 this year – and partly to get an insight of the pandemic's consequences on the region.
The King and Queen have, among other things, talked to entrepreneurs and visited Sunderby Hospital, but they also wanted to delve into the pandemic's impact on education.

The King and Queen showed a great interest for the pandemic's impact on higher education at Luleå University of Technology, as well as at the primary and secondary schools in Luleå. Queen Silvia wondered how the students had experienced not being able to meet during the pandemic to exchange ideas.
Amanda Jonsson described that many students have felt lonely during the pandemic, but that many also experienced the benefits of distance learning and distance exams.

Jennie Hägg Wilhelmsson said that the university has invested in educating students from the student unions, and that employed curators and health counselors have taken a First Aid course in mental health for adults and adolescents, to make it easier to make assessments of students' mental health so that they get the right help.
– We also invest in our students' physical health and offer beginner running groups in running and group meetings where we help our students with their physical activity, provide dietary advice and inspiration about their physical health.

Erik Elfgren described how all teaching and all exams in the course of just a few days went from campus to remote; how he had digital lectures for 500 students but could neither see nor talk to them directly. At the same time, that form of teaching had an unexpected positive effect.
– More students than before dared to ask questions, because it could be done anonymously.

The King wondered if the increased distance education might also have opened doors to collaborate with lecturers from other countries. As universities all over the world now have experience of distance education as a result of the pandemic, it will be very easy to collaborate on education, vice-chancellor Birgitta Bergvall-Kåreborn said.
During the conversation with the King and Queen, she highlighted the great efforts from staff and students during the pandemic.

Before the royal couple left the university, they received a demonstration by professor Magnus Karlberg and four of his students, Erik Arvidsson, Liam Johansson, Raneem Kamly and Hampus Lindholm Bergman, of a unique autonomous terrain vehicle designed and built at Luleå University of Technology. An important purpose of autonomous technology is to create a more sustainable forestry and agriculture for humans and nature. The work of further developing the machine has continued as planned during the pandemic, but digitally.