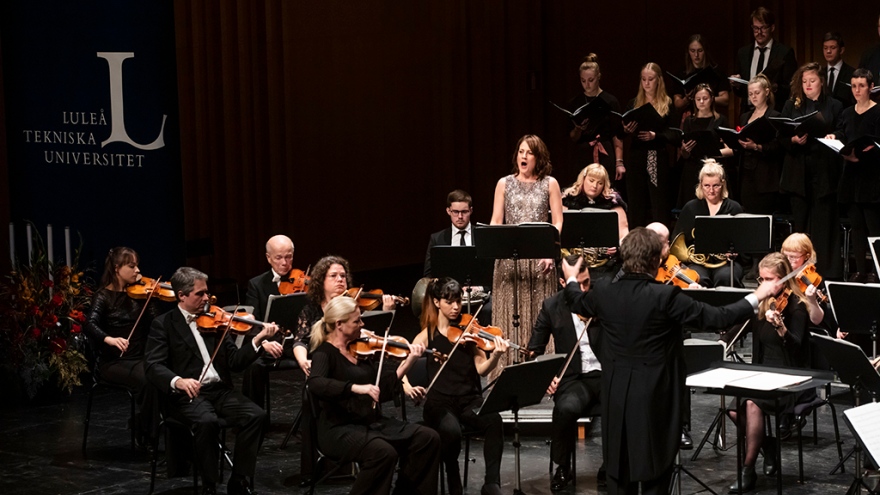 On November 11, Luleå University of Technology gave its anniversary concert with nearly 100 musicians on stage. 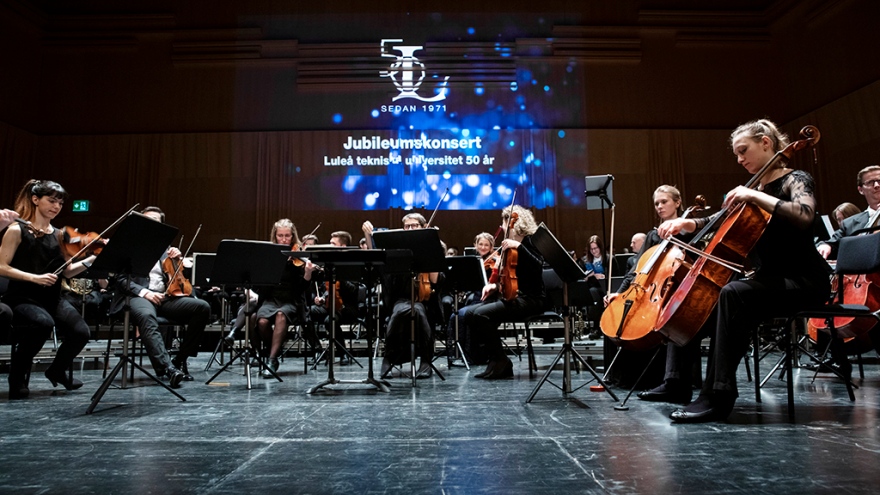 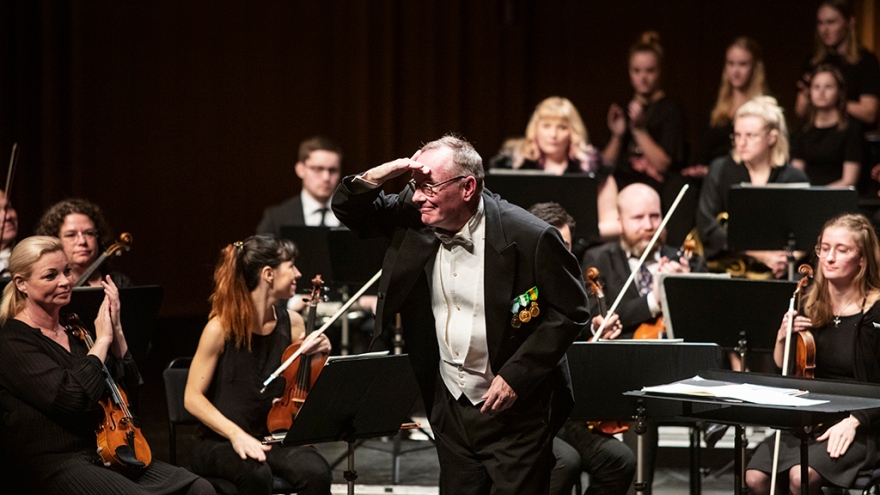 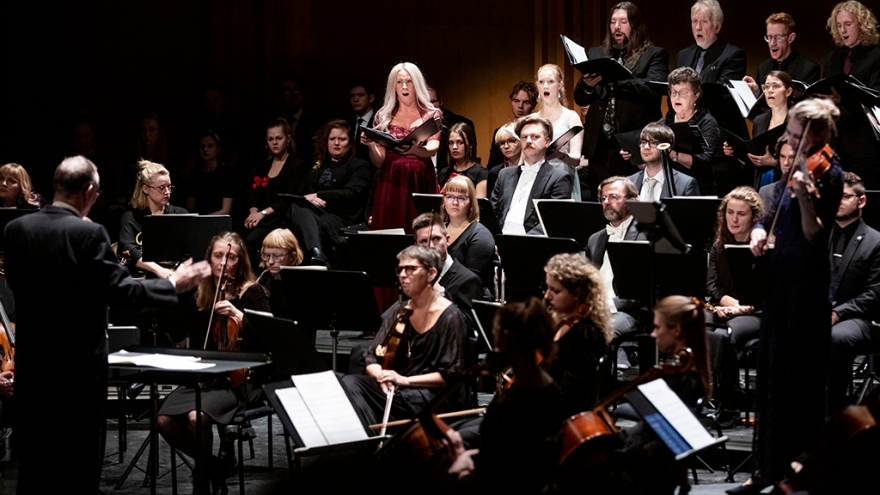 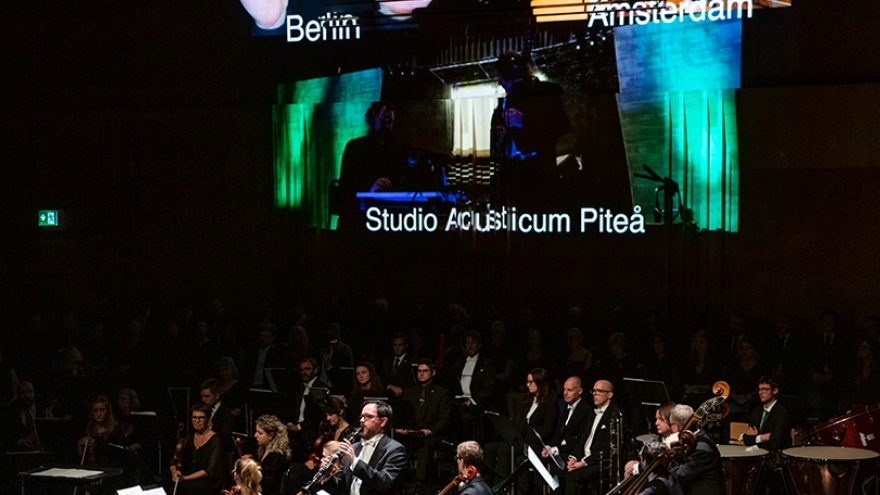 Carina Henriksson, "Glesbygdsdivan" were conferences at the anniversary concert 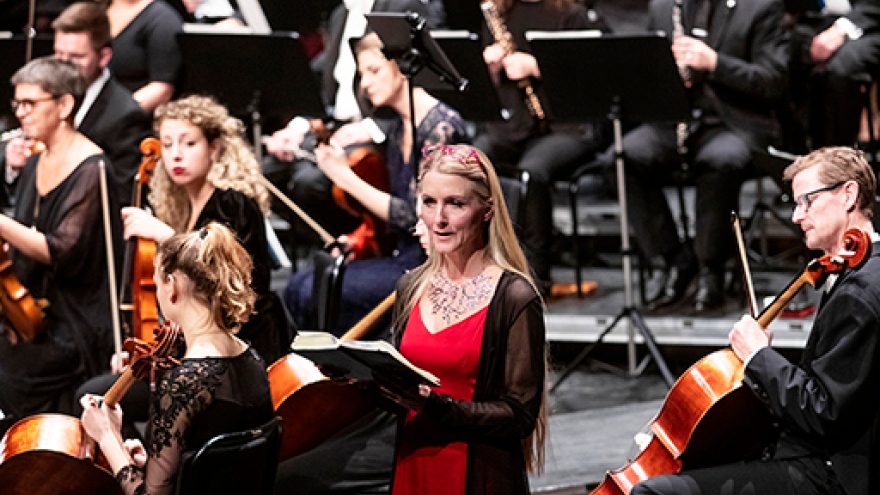 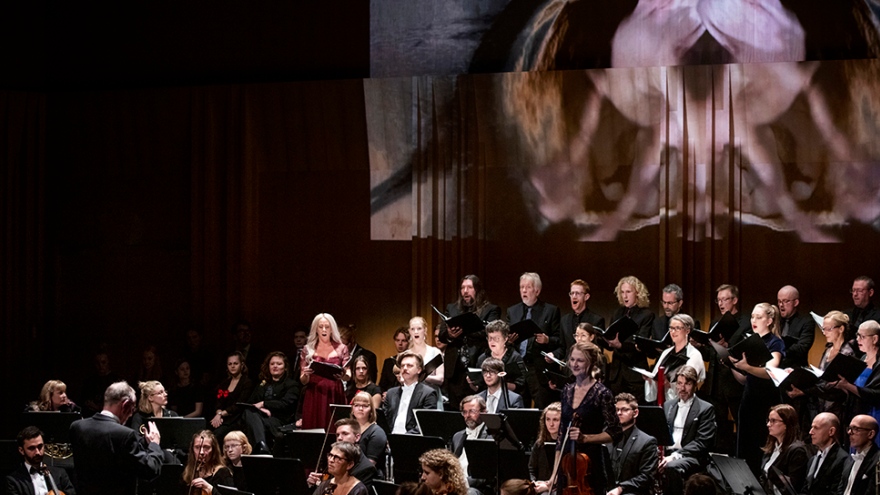 The School of Music's chamber choir

Kim Hellgren, viola, former teacher at the School of Music in Piteå. 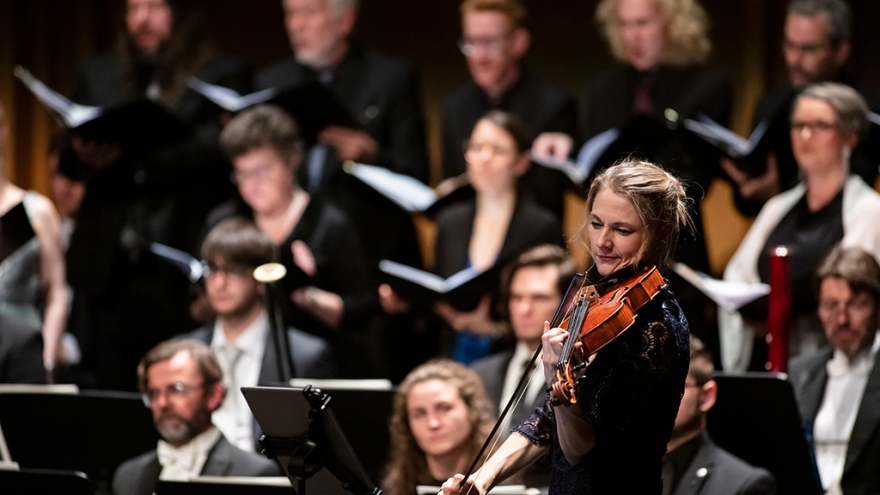 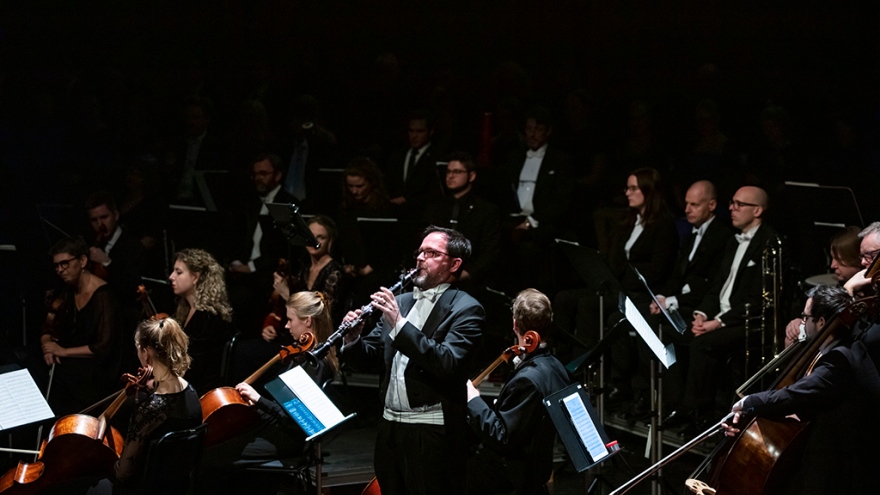 Conductor Petter Sundkvist, professor of Musical Performance, thanks the audience on behalf of all participants in the concert, for the great applause after the anniversary concert. 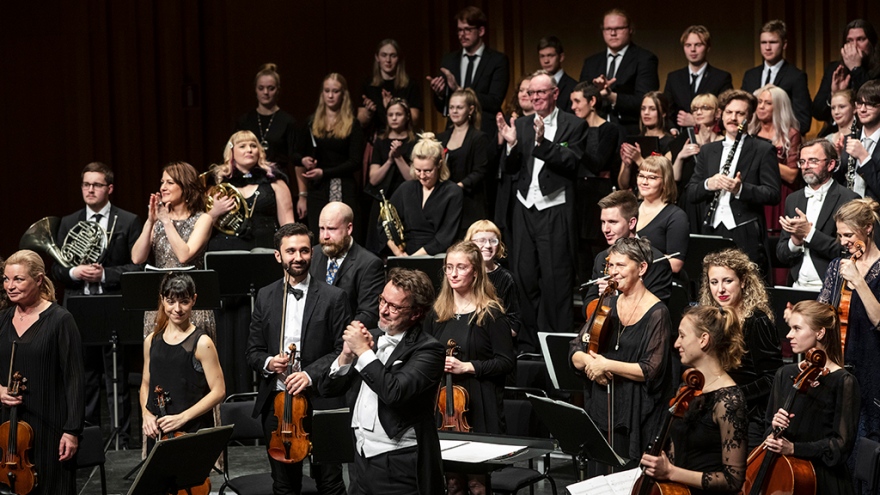 "It is  so great to see employees, students, friends of the university and the general public gathered here tonight. I would like to extend a big and warm thank you to all of you who have been involved and made this concert possible", Birgitta Bergvall Kåreborn said, Vice Chancellor at Luleå University of Technology.

"Oh my God what we longed for this day"

Tonight's conference Carina Henriksson, drew the audience's attention to the fact that it is not for all 50th anniversaries that one can say. "Lord God, what we have longed for this day." But she thought the audience and participants could really say that tonight.

"We will now hang out together; performing artists, authors and audiences for about 70 minutes. You will get to see world premieres, premieres and stage technical and musical innovations. We have a fantastic hour to look forward to together", she said.

And both Carina Henriksson and the Vice-Chancellor were right. For many, it was a fantastic evening with many beautiful musical memories. This was a concert you talked about the next day.

On stage: students, alumni and teachers

A  mixture of students, "freshly baked and ready-to-fly, returning alumni and teachers", shareed the stage this evening. Every year, about 60 students at the undergraduate level and about 20 students at the advanced level graduate from the School of Music at Luleå University of Technology.

"In this our anniversary concert, 58 students, 23 alumni, 11 teachers and 3 PhD students participate. I would also like to brag that Luleå University of Technology and the School of Music in Piteå have three men elected to the Royal Academy of Music. Namely the professors Jan Sandström, Erik Westberg and Petter Sundkvist. You hear what riches this county has", Carina Henriksson said.

A choral work that spoke to the audience

A piece with warmth and humor where the choir spoke directly to (and with) the audience was Vuojnha Biegga (Johan Märak1928-2019, Jan Sandström (b.1954), built on a yoke by Johan Märak, Sami pastor and active in Jokkmokk. The text is written in Northern Sami. In the composition you can hear the ceremonial drum, the reindeer herder's cry to the dog, the bird snöripan's lure and the moose's mating sounds, very skillfully performed by the School of Music Chamber Choir, Erik Westerberg Vocal Ensemble, conucted by Erik Westberg, Profesor of Musical Performance.

Before the last number of the concert, the audience was encouraged to cheer four times for the university, which the audience galedly did. After that, international mezzo-soprano Katarina Giotas and clarinetist Robert Ek took a seat on the podium. Now it was time to perform with the School of Music's Symphony Orchestra,  Erik Westberg Vocal Ensemble and the School of Music's Chamber Choir, under the direction of conductor Petter Sundkvist, professor of Musical Perferomance, the composer Jan Sandström's , for the anniversary, specially written work, Children of Paradise , with lyrics by Linnea Axelsson:

Program and participants in the anniversary concert

Read more about the concert and the participants