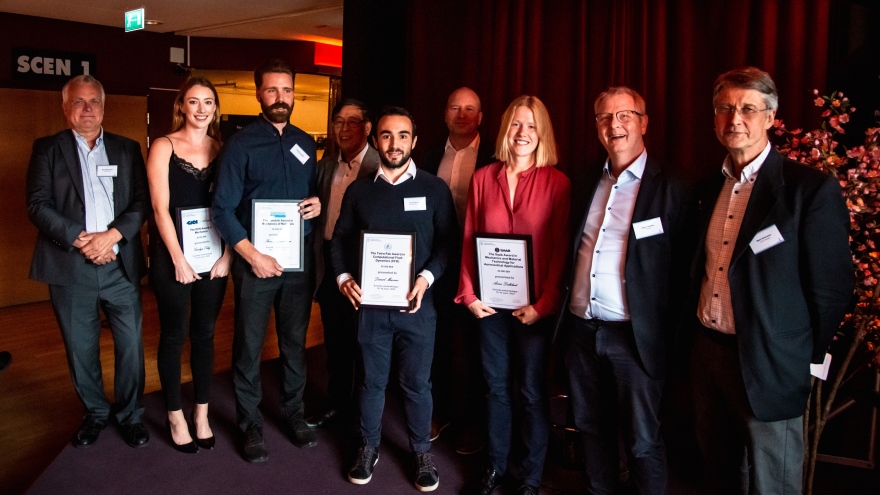 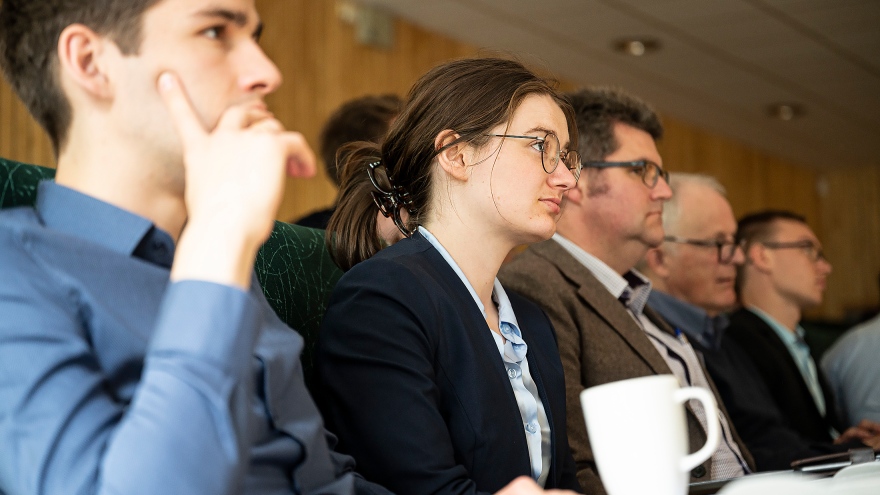 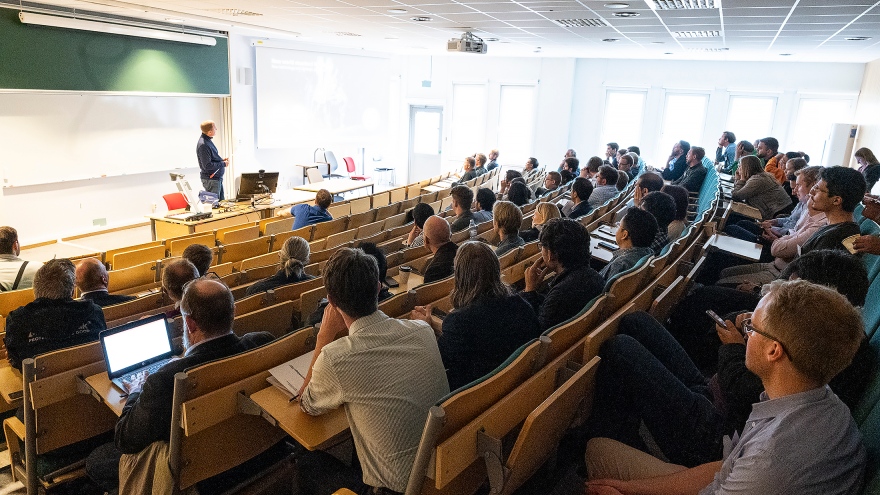 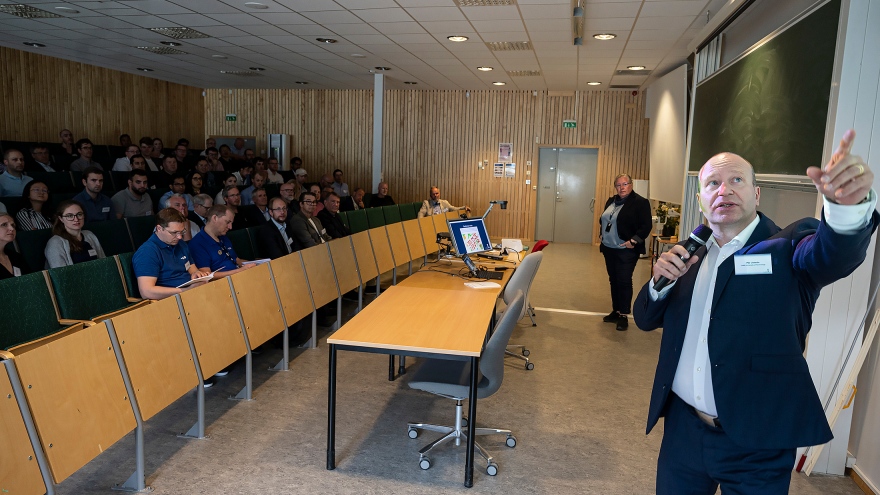 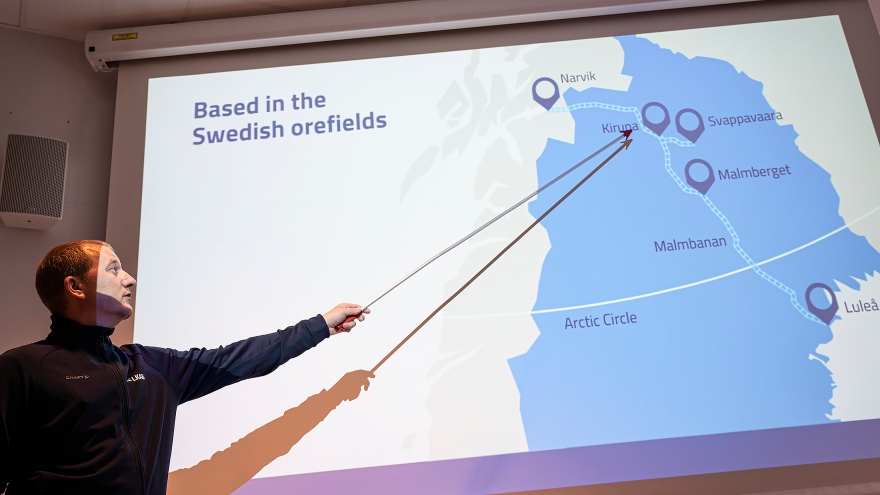 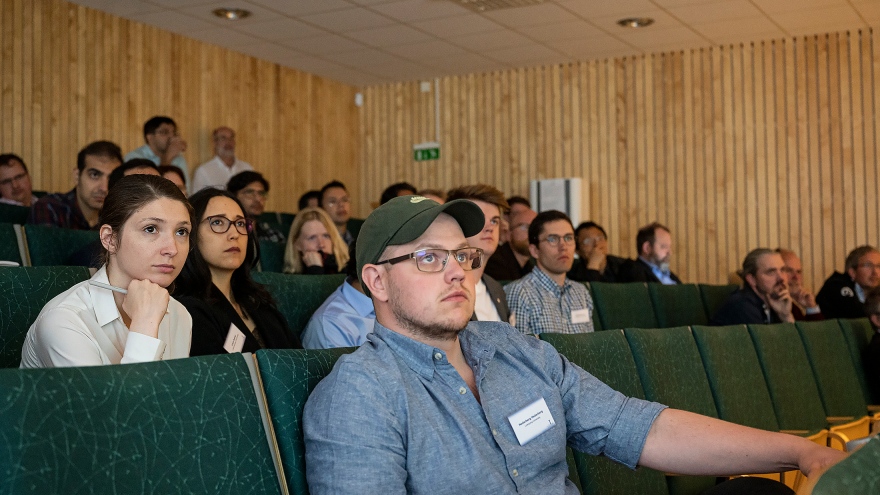 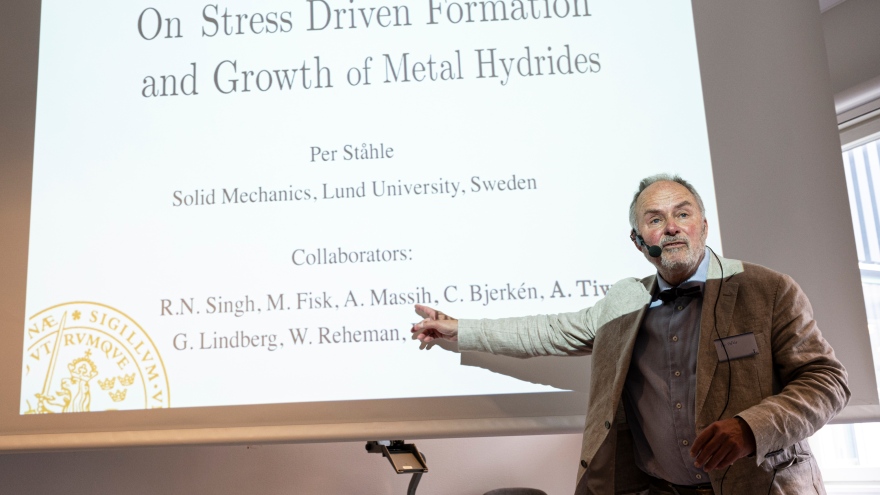 Per Ståhle is Professor Emeritus of Solid Mechanics at Lund University. He has previously worked as a researcher at Uppsala University and Luleå University of Technology. According to the motivation, Per Ståhle is awarded the 2022 Odqvist Prize by the Swedish National Committee for Mechanics for

”Its efforts in solid mechanics and applied mechanics have taken the subject forward, especially in stress corrosion and hydrogen embrittlement. Professor Ståhle has been very active internationally but also nationally and, among other things, has been a member of UTAM and chairman of the Swedish National Committee for Mechanics. ”

Per Ståhle's lecture was about how metal hydrides are formed and grow under mechanical stress, so-called hydrogen embrittlement, which is about how materials break down. A metal hydride is a chemical compound between hydrogen and a metal. In his research, Per Ståhle has worked to create models for how this process works in order to be able to predict what happens in cracks and how cracks are initiated and grow in metals.

- Considering today's investments in hydrogen technology, Per Ståhle's research is highly topical. But there are other areas of application as well. In connection with welding, hydrogen is formed which affects the material. Per Ståhle's research contributes to the fact that today we have developed better welding techniques that provide more durable welds, says Pär Jonsén, Chair professor of solid mechanics at Luleå University of Technology.

The Odqvist Prize is awarded in memory of Folke Odqvist (1899-1984), professor of solid mechanics 1936-1966 at the Royal Institute of Technology.

During the second day of the conference, Daniel Casellas, research director at Eurecat in Barcelona and adjunct professor in solid mechanics at Luleå University of Technology, gave a lecture on component manufacturing and cracking in the automotive industry. Today's energy efficient cars require the chassis to be as light as possible. But the thinner, and thus lighter, the chassis is made, the more susceptible they become. Therefore, it is important to choose materials with high fracture toughness. Daniel Casellas showed how to produce light and at the same time durable chassis by tailoring properties through, for example, thermoforming and press hardening.

The conference's third lecturer, Anna-Lena Ljung, associate professor of fluid mechanics at Luleå University of Technology, is also active in an area of importance for the green transition. Her lecture was about how water droplets freeze and how to create models to predict these phenomena. Her research can explain, among other things, why ice is formed at wind turbines and what can be done to prevent this from happening.

Swedish Mechanics Days are arranged by the Swedish National Committee for Mechanics and travel between different Swedish universities. In Luleå, there were 75 presentations and 102 participants. The next Swedish Mechanics Days will take place at Chalmers University of Technology in June 2024. One starting point is that the events will attract many doctoral students, not just senior researchers.

- We must support our doctoral students. They are the future of the research area, says Pär Jonsén.

During the Swedish Mechanics Days, doctoral students also received awards for their efforts. Here are their names, prices and motivations.

THE SANDVIK AWARD IN MECHANICS OF MATERIALS
Thomas Lindström, Linköping University
"For the development of a constitutive model of an additively manufactured ductile nickel-based superalloy undergoing cyclic plasticity"

THE GKN AEROSPACE AWARD IN MECHANICS
Carolyn Oddy, Chalmers University of Technology
"For development of a macroscale model for 3D-woven composite materials to describe how they deform and fail under mechanical loads"