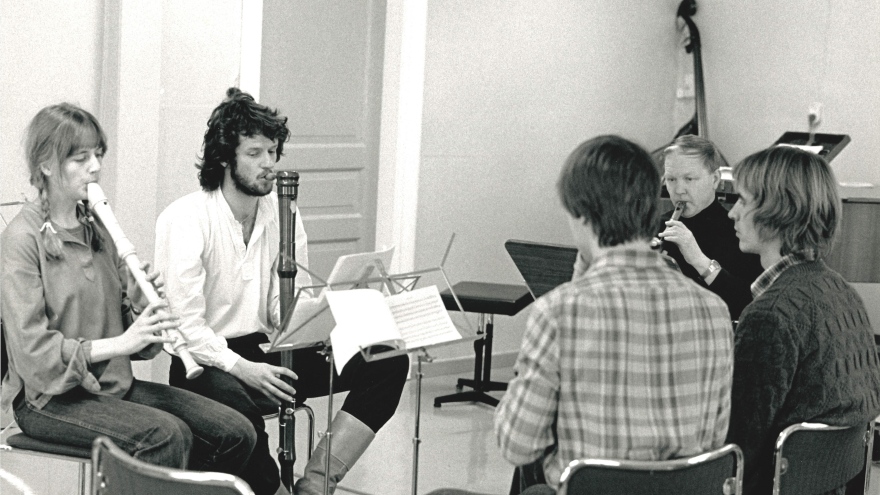 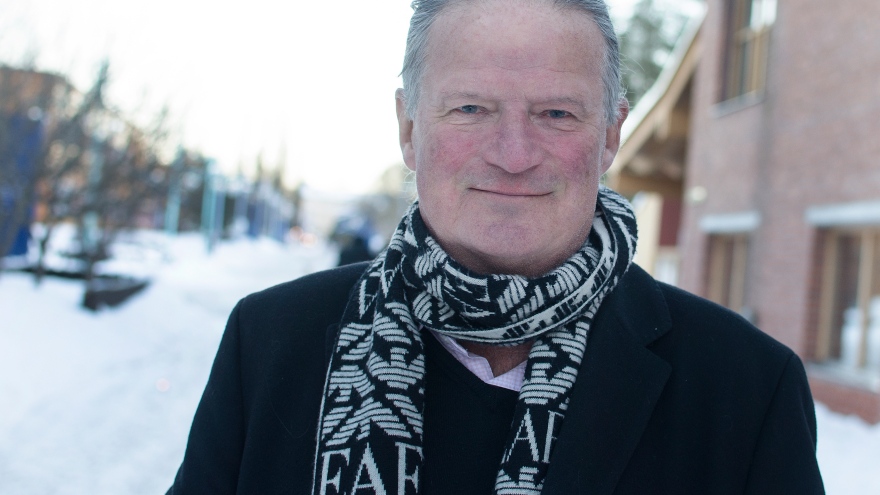 It was his father Brynolf who found an advertisement for the newly started music education in Piteå. Born and raised in the north, he thought that the education could suit his son Jan. He who always chose the music, played in bands and made his own songs on the guitar.

For 200 years, the higher music education in Sweden had only been about classical art music. Now new times prevailed with other demands, both on music and society. Therefore, the state had formed the Organizing Committee for Higher Music Education (OMUS) with the task of renewing the Swedish music academies. It was time to let other genres find their way into the music teachers' education - including jazz, rock, folk music. In addition, it was considered an advantage that the music teachers also had more than one subject in their knowledge portfolio - why not supplement the music studies and thus train so-called two-subject teachers?

The result was Special subject education in music (SÄMUS) which was started in 1976 on trials in Piteå, Gothenburg and Malmö. The reason why the experimental activities were relocated to Piteå has, of course, to do with Framnäs Folk High School's successful music education. The folk high school's reputation was spread throughout music Sweden and guaranteed quality and stability.

From church cottage to music academy

The young man in the picture is Jan Sandström - one of Sweden's most successful composers, professor of musical design at Luleå University of Technology since 1989 and member of the Royal Academy of Music. He was thus one of the very first students in a batch of just over ten on what after a couple of years of experimental activity became the Academy of Music in Piteå.

Instead of going to Umeå and studying another subject for the two-subject teacher degree that was the idea of the new education, he traveled to Stockholm and composition studies at the Royal Academy of Music.

In 1985, he was lured back to the Academy of Music in Piteå by Christer Wiklund, later professor and head of department. By then, the school had left its life in the church cottages in Öjebyn for a newly built building on Berget in Piteå. The location caused debate in its time and was shaped into a tug-of-war between those who believed that the Academy of Music should be built near Framnäs Folk High School and those who wanted music education closer to central Piteå.

In Stockholm's music circles, his decision to move north was met with skepticism. Several said outright that I could probably say morsing and goodbye to my beginning composer career, says Jan Sandström.

The big breakthrough came in 1989 with the Motorbike Concerto for trombone and orchestra - an outstanding success in collaboration with trombonist Christian Lindberg, which has now been performed over 700 times worldwide, unique to contemporary art music. Another early work was his version of Michael Praetorius' four hundred-year-old It is a Rose (1990) - a musical masterpiece, often performed. Opera debut 1991 - Bombi Bitt and Nick Carter at the Norrland Opera - with a young Gustaf Hammarsten in one of the roles. By now, there have been no less than five operas. In the latest, Rokokomaskineriet (2016), he conjured with Drottningsholmsteatern, which celebrated 250 years with a specially commissioned opera signed Jan Sandström. Add a large number of orchestral works, music for solo instruments and orchestra, choral music, chamber music and not least a Guldbagge 2016 for best original music to director Jonas Selberg Augustsén's feature film debut Sophelikoptern and several more prestigious awards to complete the picture.

- I experimented a lot in the 1980s, tried to find music that does not exist. The motorcycle concert was the result of all the experimentation. Along with the slightly crazy track, I also had a more spiritual one. Both proved fruitful and generated more and more orders. There in the late 1980s, I decided to stop making myself and instead write exactly what I want. I have stuck to that attitude ever since, says Jan Sandström, who was appointed professor in 1989.

An environment that gives students success

He has admittedly always composed in addition to his service at the Academy of Music, yet everything is intertwined with the teaching and the students' work. And not least with the environment they operate in on the university campus in Piteå - with talented colleagues and access to a rich music life of high quality, more education lines, a concert hall, Studio Acusticum, with the world's most modern organ, many companies and also premises for Norrbotten music with Piteå Chamber Opera and Norrbotten Neo.

- The environment means a lot. Our composition students write for Norrbotten Neo, Sweden's best ensemble. In addition, we collaborate with the Norrland Opera Symphony Orchestra and with the Royal Philharmonic Orchestra, but also internationally.We get to experience fantastic things that inspire and guide us in different ways and now we have both undergraduate and advanced educations up to a doctorate in the subject of musical design, says Jan Sandström, who over the years has included about 150 students in composition.

- About 25 have a composer career today, so every fifth. The others get other jobs, including as producers.

By now, Jan Sandström has proven with flying colors that artistic success does not depend on proximity to what is defined as the center.

- It's not about geography and our students understand that. Our students are so good, they win international awards and are very creative in many different ways. For us, it has never been better than now.