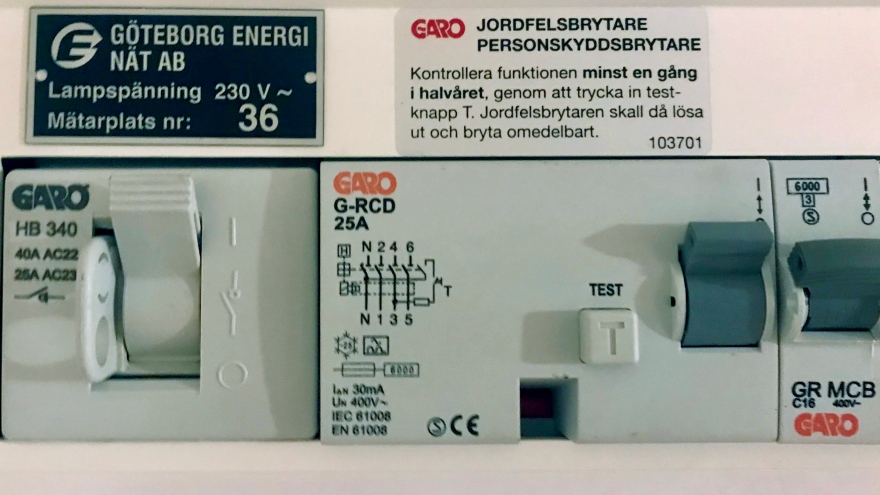 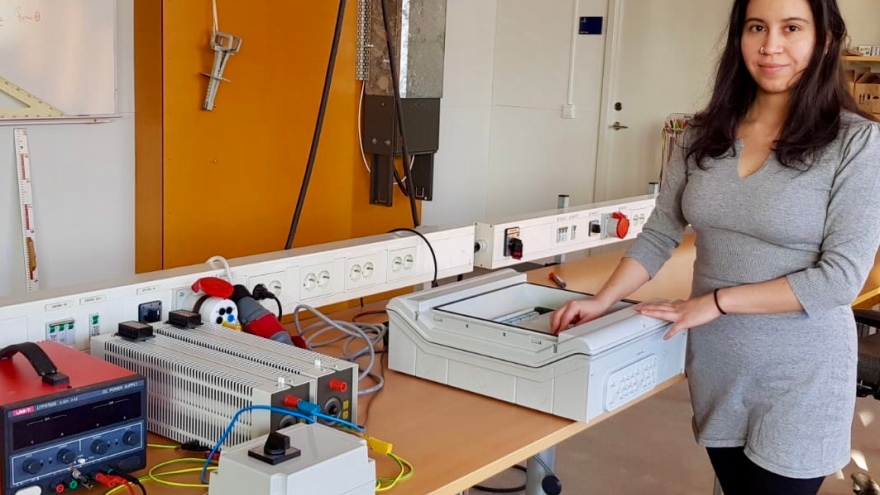 Ángela Espín-Delgado is one of several doctoral students working on the project.Photographer Jil Sutaria

- We want to see if it can lead to the trip requirement not being met, because it could of course be risky for people, says Ángela Espín-Delgado, doctoral student in Electrical Engineering at Luleå University of Technology.

This is a question that a research group at Luleå University of Technology is trying to answer in a research project commissioned by the Swedish Energy Agency and Energiforsk. It is inverters in photovoltaic systems that can cause problems by polluting the electricity grid with interference. Supratones, which is a key word in the context, are a type of disturbance at a certain frequency and which is a kind of debris in the electricity grid. They are one of the factors that affect how well modern electrical products work together.

- Instead of triggering unnecessarily, higher current was required for them to trip when we applied supratones, says Ángela Espín-Delgado.

The research project has a lot left to study, but it is already clear that the standards for earth fault circuit breakers need to be updated. The reason is that types AC and A today are only tested with alternating currents of 50 Hertz.

- Other currents, frequencies and waveforms that can be spread from new types of equipment, such as inverters in photovoltaic systems, are not taken into account, she says.