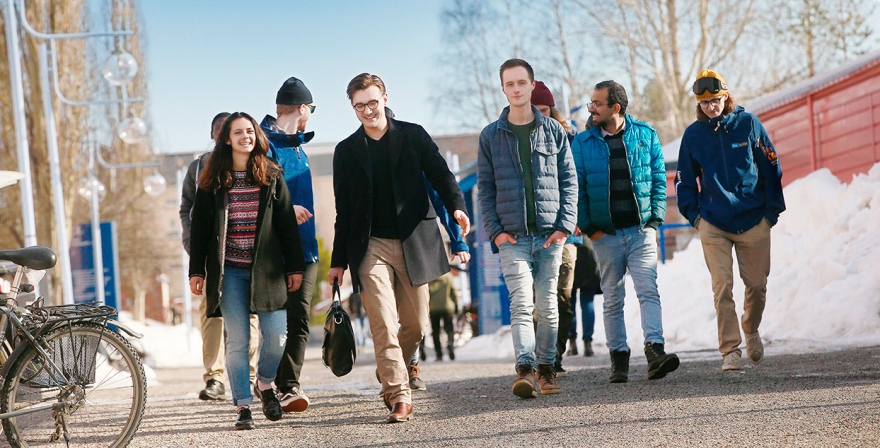 More than 200 people from 31 universities and colleges have together developed insights, definitions and tools that support the implementation of the Government Bill 2020/21: 60 "Research, freedom, future - knowledge and innovation for Sweden". The K3 projects will be completed in 2021, but coordination should continue, according to Birgitta Bergvall-Kåreborn, Rector of Luleå University of Technology.
- Large resources have been invested in the K3 projects. Now we have to make sure that the results are taken advantage of, she says.

The K3 projects started in 2018 but build on previous programs that have been ongoing since 2013 with the common purpose of strengthening capacity and quality in Swedish higher education collaboration. Vinnova has financed the investment with SEK 130 million and the participating universities and colleges have contributed with own resources to at least the same amount.

- Collaboration is a key to increasing the efficiency and quality of everything that a university does, regardless of whether it concerns education, research or innovation. It is also a crucial prerequisite for our ability to jointly handle societal challenges, both within and outside Sweden's borders, says Birgitta Bergvall-Kåreborn.

The 18 K3 projects have worked with a number of different issues that in various ways affected collaboration. The individual projects have, among other things, resulted in tools to increase the relevance and connection to working life in education, create better conditions for lifelong learning and develop the quality evaluation in research and education.

The need for a coordinating function within the K3 projects was identified early and the first to take responsibility was Stockholm University. When the department that was responsible was later wound up, it was Luleå University of Technology that stepped forward and took over the role.

- During the project, Luleå University of Technology has supported the 18 K3 projects by developing the website k3-projekten.se, identifying project-wide areas of interest and arranging workshops, conferences and webinars to address common challenges and enable knowledge and experience exchange, says project manager Marita Holst.

In April, the final conference of the K3 projects was held, which attracted 120 people from Swedish universities and colleges, as well as other relevant actors.
- Sustainable societal development requires that you do it together. It is difficult to set something in motion on your own. It is in contact with various actors within and outside universities, and above all between our universities that collaboration becomes a natural component, said Linnaeus University's Vice-Chancellor Ann-Charlotte Larsson at the conference.

At the conference, the sector expressed a clear desire that project results should continue to be managed and disseminated. One of those who spoke for this at the conference was Mikael Östling. He is chairman of KLOSSnet (Knowledge and Learning about Strategic Collaboration) and had a central role when the K3 projects were defined and started.

- I have been involved in many research contexts and have never seen such dedication and inspiration as I have seen in the K3 projects. We now have a fantastic buffet of very fine insights, definitions and methods for implementing collaboration. I hope that our various university managements will take up this, he said.

Maximize the benefits of invested resources

Luleå University of Technology conducts a dialogue with Vinnova with the goal of receiving the support needed to continue working for the utilization of the results of the K3 projects.
- In the role of coordinator, we have gained a good overview of the projects and their results. If we receive the assignment from Vinnova, we can continue to initiate, develop and deepen conversations about collaboration in the sector based on the results. It is about maximizing the benefits of the resources invested in the K3 projects and their program predecessors from 2013 until today, says principal Birgitta Bergvall-Kåreborn.

Project manager Marita Holst sees several positive effects of the coordination project:
- In addition to the individual project deliveries, the K3 projects have generated a number of spin-off effects. The arrangement where several higher education institutions have collaborated has given rise to many strong and valuable networks. The K3 coordination has helped to identify and maintain these new networks and could continue to do so, she concludes.