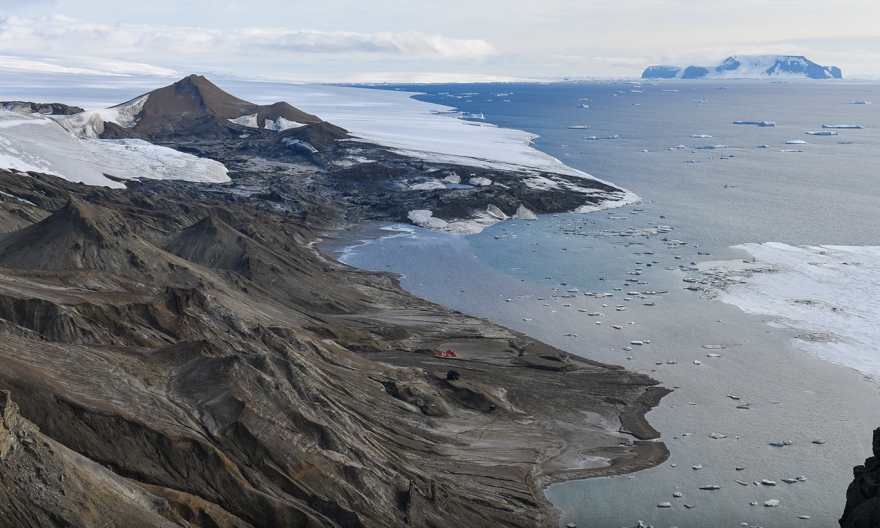 Climate change is moving much faster at the poles, and as the Antarctic ice sheet melts and the permafrost thaws, buildings and other remains are threatened with being washed out to sea. In this film we get to know more about the Nordenskjöld expedition, why it is important to preserve these cultural monuments and take part in the results from the Swedish expedition, CHAQ 2020. A report produced on behalf of the National Heritage Board, and written by researchers from Luleå University of Technology, University of Gothenburg, Royal Institute of Technology and the Argentine Antarctic Institute, will be published shortly.

During January and February 2020, the Swedish-Argentine expedition CHAQ 2020 was carried out to Antarctica, the purpose of which was to collect data for a research project on cultural heritage processes in Antarctica, and contribute Swedish conservation and documentation expertise to the management of the remains from the First Swedish Antarctic Expedition 1901-1901 .

The expedition was a collaboration between Luleå University of Technology, the Royal Institute of Technology, the Sedish National Heritage Board and the University of Gothenburg in Sweden and the Dirección Nacional del Antártico and Instituto Antártico Argentino in Argentina. It was part of the Swedish Polar Research Secretariat's Antarctic program and was under the operational leadership of the Argentine Antarctic authorities.

In March 2021, the National Heritage Board publishes the expedition's report, which contains the data generated by the expedition members. The report describes the remains of the first Swedish Antarctic expedition at Snow Hill Island, the Bay of Hope and on Seymore Island and their condition, and tells the story of the expedition and how the remains became a Swedish cultural heritage in Antarctica. The story is richly illustrated with nearly 400 photographs, drawings and maps.

In addition, it is now possible to virtually visit the small research station where Otto Nordenskjöld and parts of his polar expedition lived and worked for almost two years in the winters of 1902 and 1903.