Carina Nilsson and Birgitta Lindberg, researchers at Luleå University of Technology, talked about their osteoporosis study. 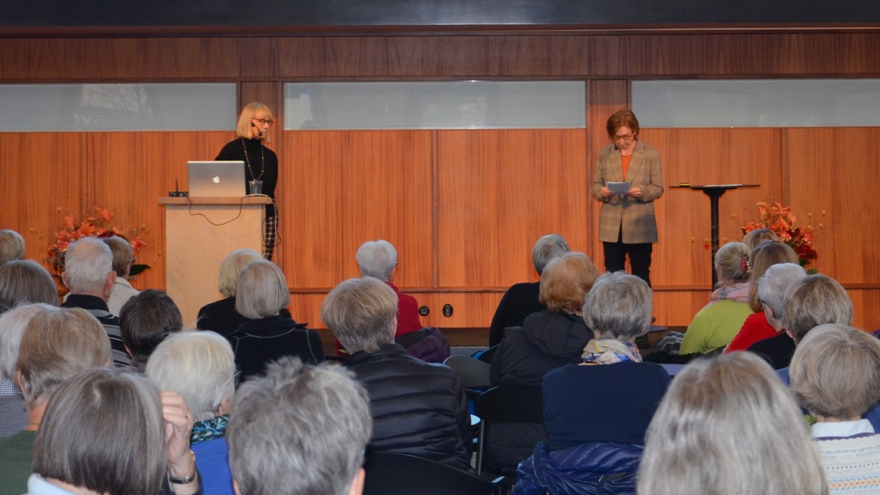 Siv Ögren from the Osteoporosis Association in Norrbotten described what it is like to live with osteoporosis. 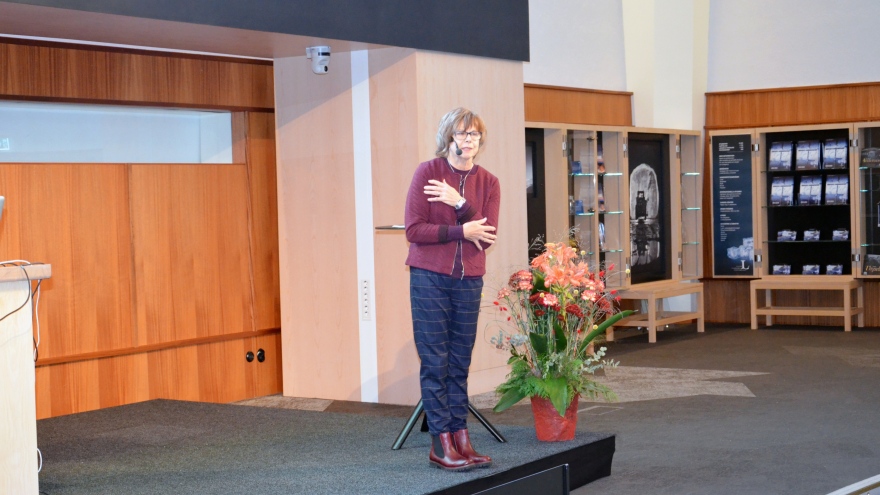 – Interesting lecture. It is fascinating how much work is put into research and many questions are asked, said Eva Lundström who came and listened. 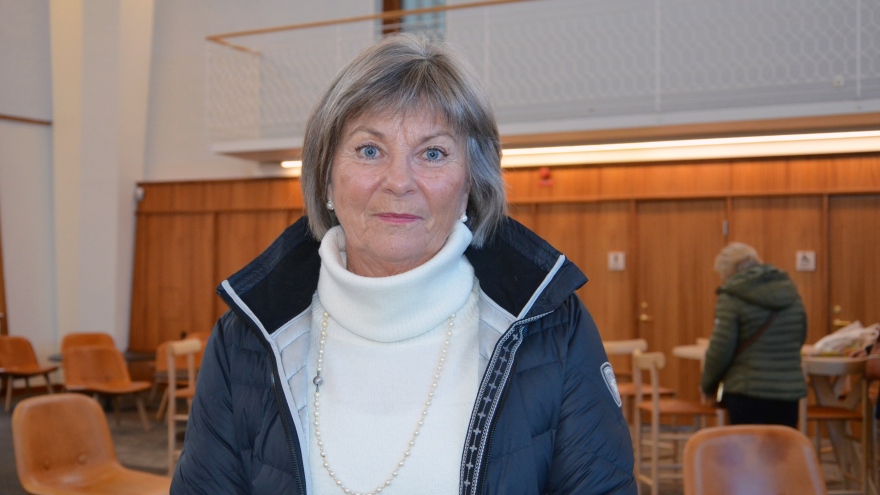 – I think there should be greater opportunities to measure its bone density to prevent the consequences of osteoporosis. All fractures should cost society a lot of money, said Evy Holmström (third from left) who was at the lecture with her sisters Lilian Lind and Gunilla Granberg and friend Ulla Åström. 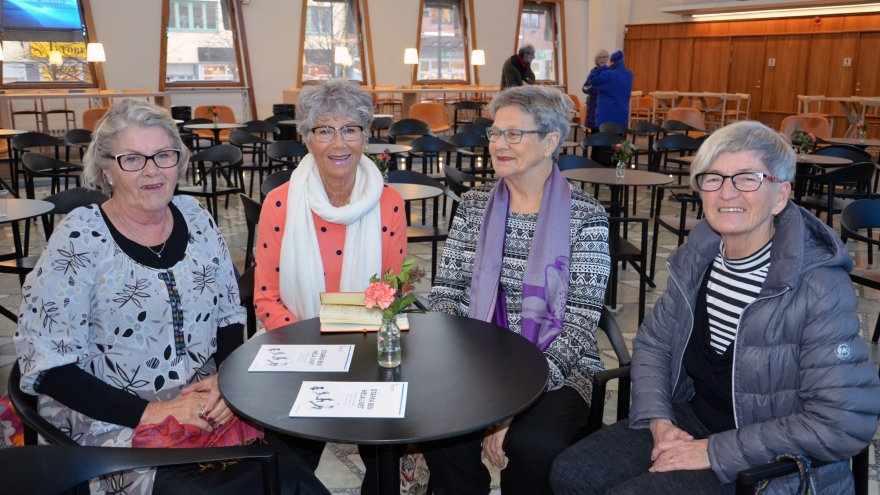 Osteoporosis is a so-called quiet folk disease that most people do not know they have until they start having fractures. This was also the case for Siv Ögren when she received her first fracture in 2006. Nevertheless, it took until 2010 before she was diagnosed and could start medication.

- I see a lack of continuity in health care as a major problem. When you are diagnosed, you get medicine, but you get no help with how you should live with the disease, said Siv Ögren.

What she found most difficult at first was the restriction on mobility. From being active, she couldn't do much anymore, especially considering that she was plastered. In her case, she needed a stainless steel prosthesis that didn't quite work and it took time for the body to accept it. Finally, with the help of a physiotherapist, she was able to increase the mobility of her arm.

With the disease also came an uncertainty as to what her body was capable of. She often went and excited that she was afraid to fall or that someone would bump into her. A person who is diagnosed with osteoporosis needs to adjust to changing habits and behaviors in their everyday lives.

- The sooner you can adapt to your new conditions, the easier it is to reconcile with the disease and not let it take over. Acting by location became my new motto. You may not be able to do everything you did before, but you can find new interests and a new community, said Siv Ögren.

Siv Ögren has experienced great support from like-minded people in the osteoporosis school in Boden, which is the only one in Norrbotten. The Osteoporosis Association in Norrbotten has provided both important information and fine community.

The researchers Carina Nilsson and Birgitta Lindberg presented the results of the study they have done at Luleå University of Technology, where they looked at how women who have been diagnosed with osteoporosis manage the disease to maintain their daily lives. Many of the answers they received in the study are consistent with Siv Ögren's story. Many people feel a great deal of uncertainty in the beginning, but they want to counteract the disease by not letting it take over their lives. At the same time, they feel a great need for broader support from healthcare, which the study participants lacked when they were told about the diagnosis.

Osteoporosis is a genetic condition and 60-80 percent who get it have a close relative who is affected. Therefore, it is important to start exercising when you are young, as most of the skeleton builds up in puberty. After the age of 30, the body no longer builds skeletons but preserves what you have. However, it is never too late to start exercising and thinking about their living habits. Smoking and physical inactivity are something that increases the risk of osteoporosis as well as high alcohol consumption.

If you are worried and want to find out if you carry the disease you can request to check your bone density. However, there is a seven-month queue at Sunderby Hospital to make such a measurement.