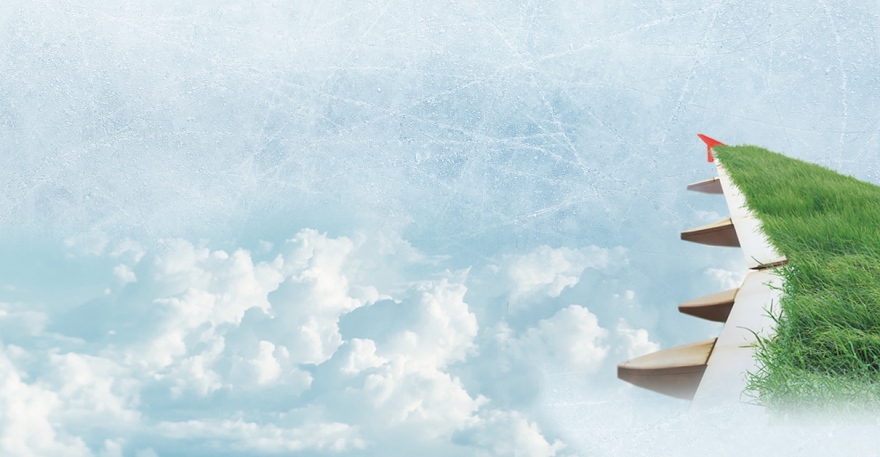 Can you imagine a life without air travel? In Sweden, the number of international flights per inhabitant has more than doubled since the beginning of the 1990s. Even the transport industry depends on aviation to be able to serve us in our fast-moving society. At the same time, a change is required for aviation to become sustainable in the future.

The aviation industry itself has set a clear goal of carbon dioxide neutrality, which requires determination and an ambitious and large effort. The aviation sector is more difficult to electrify compared to ground transport, especially for longer flights where energy-dense liquid biofuels are necessary to minimise the weight of the fuel. In 2021 Sweden introduced a reduction obligation for aviation according to the same model as that for diesel and petrol. At the EU level, a bill is being drawn up with requirements for biofuel blending with the proposed start in 2025.

That's how the flights will become fossil-free

Luleå University of Technology participates in a project called TreePower. For three years, they are investigating what conditions are needed to start a large-scale commercial domestic production of bio-aviation fuel in Norrbotten, based on local forest residues and renewable electricity. The project is a collaboration between several actors who work together to reach the long-term goal – a fossil-free domestic flight by 2030.

A significant factor that plays a role in the production of forest fuel is hydrogen.
– If we add extra hydrogen during production, we can produce twice as much fuel from the same amount of biomass. Extra hydrogen improves the conversion of the carbon in the biomass to product, which is very important and interesting from a system perspective, says Fredrik Granberg, Project manager in Energy technology at Luleå University of Technology.

The University also has representation in aviation matters in Brussels through participation in Clean Sky 2, the EU's research program in aviation.

The energy transition in northern Sweden

Large industrial plans for the use of hydrogen are underway, which in turn requires the availability of large amounts of renewable electricity. That is one of the reasons why hydrogen research has taken off at the University. A large renewable electricity production already exists in northern Sweden, but in terms of demand, the challenge is great. However, it will take a long time before we see passenger flights with pure hydrogen in the tank, Fredrik Granberg believes.

Another important project for the university is CESTAP, which is a newly established competence center with partners from both academia and industry. In order to meet the needs of the aviation and electric power production industry, the aim is to develop knowledge and technologies to produce efficient, sustainable and cost-effective turbine fuels from biomass in order to eventually be able to completely replace fossil fuels.

In addition to the mentioned activities, Luleå University of Technology participates, and has participated, in a number of research projects in the area. Our research contributes to the aviation industry's green transition.

Study for a master's degree in Sustainable energy engineering