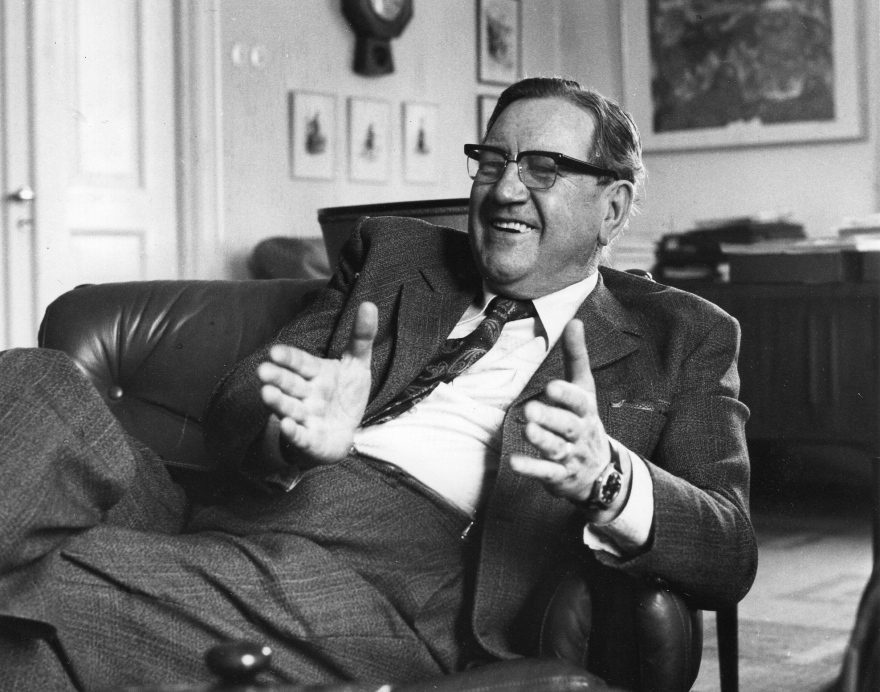 Ragnar Lassinantti was during the 1960s strongly committed to the establishment of a university in the County of Norrbotten and in 1970 it was decided that Luleå, among several competing cities, was the location of the new technical university.
In 1981 he received an honorary doctorate from Luleå University.

More about Ragnar Lassinantti (in Swedish)

In the autumn of 1990, Luleå University received a collection of books in the form of a deposit that was cataloged and made available via the library. In 2012, the university became the formal owner of the collection. The collection consists of about 10,000 volumes, mainly literature in the subjects of history, social sciences, geography, literary studies, art, religion and fiction. The literature is focused on Nordic conditions and contains about 2000 volumes on the North Calotte, which includes literature on the Sami and Laestadianism. The literature is in Swedish, Sami and Finnish. The books are registered in the national catalog Libris. The largest part of the collection is available for home loans, entirely in the spirit of the educator Ragnar Lassinantti.

The literature that deals with the North Calotte is collected and placed in the so-called North Calotte Collection. Here are works from both Lassinantti's book collection mixed with the university library's titles.

The following are examples of works on Ragnar Lassinantti or written by him:

Art consisting of works by local artists, older maps and sculptures is included in the collection donated to Luleå University of Technology. 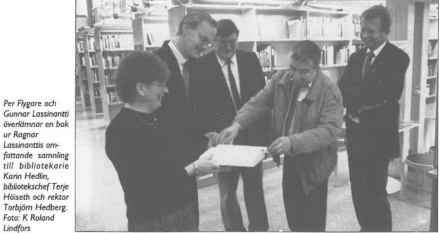 Ragnar Lassinantti's private archive contains scripts for his speeches, correspondence, newspaper clippings, audio tapes with radio programs from the 50s and 60s, etc. The archive has been listed and is available at the university library in Luleå, available for research purposes.

The radio program Pohjoskalotti is available as an audio tape in the archive. The audio tapes are also digitized and can be listened to viaNordkalottens cultural and research center.