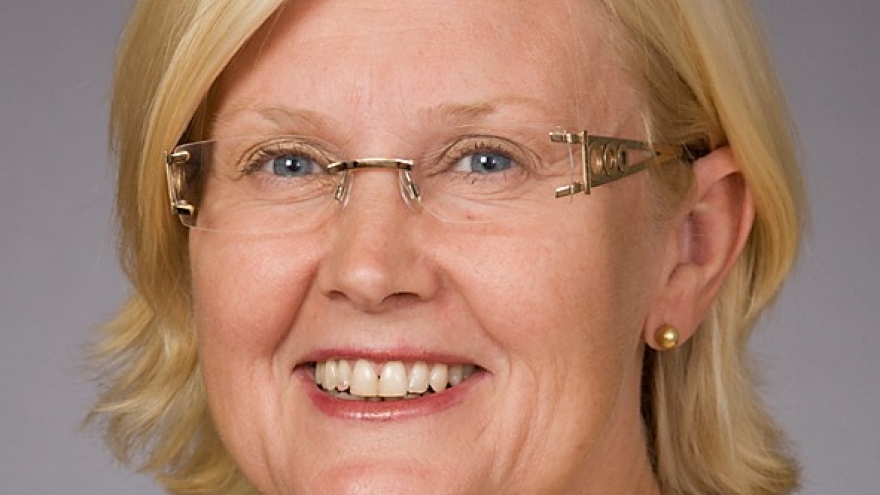 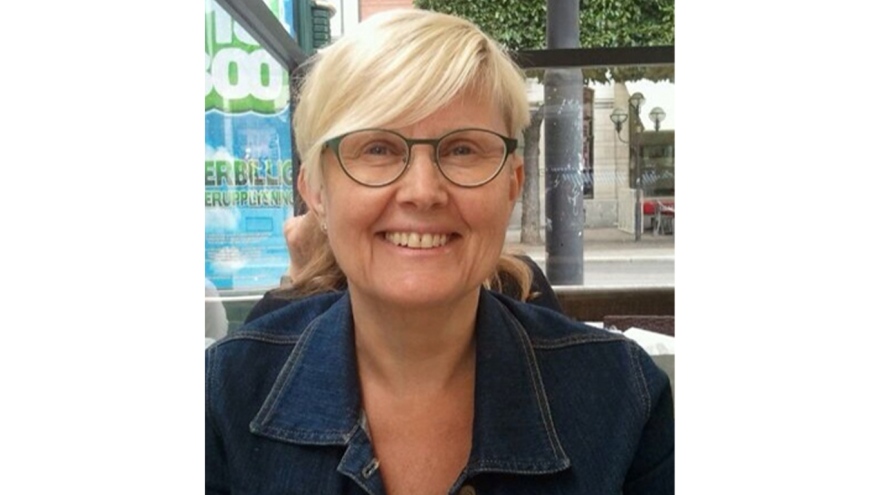 Can you tell us about a fun memory?
“I was involved in arranging the Luleå University College's 25th anniversary, SALUTH. It was a really cool anniversary with artists in several houses, beer tents on campus in Luleå and the area completely fenced. My role was to be treasurer. On the anniversary night, I walked around with money in my bag to pay the artists in cash. Payment on account they did not want to know about. It was difficult to make them understand that they received their net fee and that we, as we are an authority, paid the tax as well. Nowadays, cash payments would not work at all. ”

In the late 1980s, Birgitta Karlberg began studying the Business and Economics Programme at Luleå University College, which is now Luleå University of Technology. When it was examination time in the early 1990s, the labour market looked anything but bright, but she quickly got a permanent job as a secretary to the head of the Education and Research Committee, commonly known as the "UF bureau".

At the UF office, she dealt with everything from financial and personnel issues to keeping the operations of the department together. The UF agency also prepared major issues such as education grants, and Birgitta remembers that there was a major change when the grants became performance-based.

In 1997, Birgitta started as curator at the Department of Industrial Economics and Society (IES), where she worked close to the head of department. At that time, there were secretaries attached to each subject and salary levels and conditions could differ between them. Birgitta was involved and reviewed this so that salary levels and
development became smoother – first at IES and eventually together with other institutions.

Around 2002/2003, it was realised that regulations and systems had become very complicated, and it was difficult for the administrators to handle all areas of activity. It was also felt that the costs for the department secretaries were too high. A major reorganisation project within the administration was initiated. It was a massive project that led to the production of a large catalogue of all administrative services at the university. All staff would apply for at least three positions in which they were interested. The managerial positions were filled first and then the staff had to register an interest in where they wanted to work. At that time, Birgitta became the Unit Director of IES.

– I was a bit nervous – what if no one applies to my department, Birgitta says she thought.

She did not have to worry, she got a good team. On the whole, the reorganization went well and the new routines settled down relatively quickly. Most got to work with what they wanted. Instead of secretaries, they now had department, education and project administrators.

Around 2008/2009, work began on reducing the number of institutions; thirteen became eleven, which then became six. 2010 was the start of the six new institutions. Heads of department were appointed and the administrative heads were again allowed to apply for jobs. Birgitta applied for and got the job as Unit Director at SBN. For a while, many managers worked doubly with one foot in their old job and one in their new one. A challenge with SBN was that the institutions that were to be merged differed culturally, but also the economic conditions looked different. It was a tough but fun time.

Birgitta says that much of her time at SBN has been spent on local issues. On the one hand, the reorganisation involved some rebuilding and renovations of the F building, and it took a while before everything was ready. Then came the investigation of the F building, which ended with offices, staff rooms and meeting rooms being moved to pavilions.

Digitisation has changed a lot

When Birgitta looks back on her years at the university, she can state that she has experienced some major changes. Digitisation has been a journey. From the beginning, they sat with paper invoices. Later, they would be scanned and the people concerned would have to go into a system to certify. It affected many and did not always fall into good soil. The travel invoices were also made on paper and the administrators sat and counted the allowances by hand. The budgets were made for a long time in Excel, but in the end it became unsustainable and IT systems were introduced.

In general, many functions were more person – dependent before digitalisation. There were one or two people who had access to and knowledge of certain files. Now a lot is in systems that many have access to. What is a little more complicated now, Birgitta thinks, are all procurement rules. Increased control is good, but it also makes lead times longer.

Life as a pensioner

Birgitta left her position as Uit Director in the spring of 2020 and has since recently worked at the University with SBN's move from the F building to the T pavilion. On December 1, 2020, she retired, just in time for Christmas. The most fun thing about working at the University has been meeting all different types of people.

– There is such an exciting mix of people at Luleå University of Technology. Once we counted 52 different nationalities on SBN alone! In addition, there are different ages and business backgrounds, so it is an incredibly living environment. I will miss the people, says Birgitta.

When Birgitta has now stopped working, she has more time to meet the family. She had been looking forward to traveling, but so far the pandemic has prevented her and her partner from doing so. She has not really landed on leave, she says, but looks forward to greater freedom when the calm has subsided.