Maria Häll has been head of the university data network Sunet since 2013. 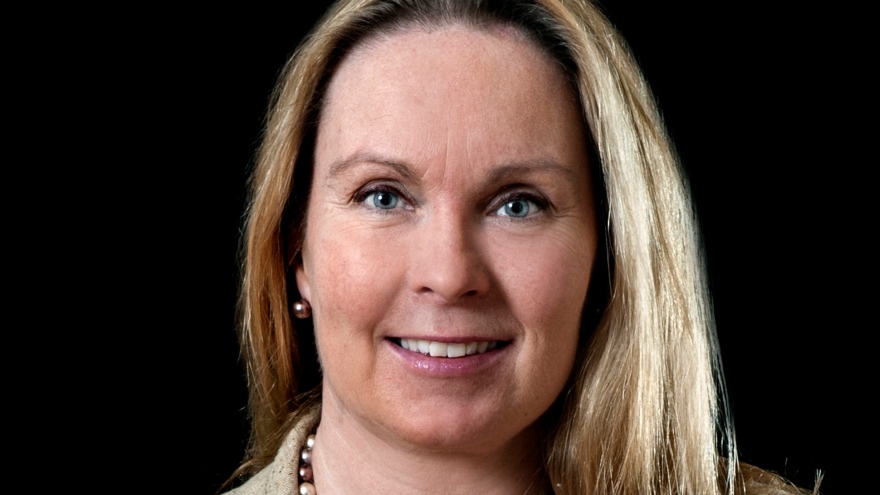 Class photo of the first group of computer technology students at Luleå University College. Maria is visible at the front in the middle. The picture was taken in 1986. 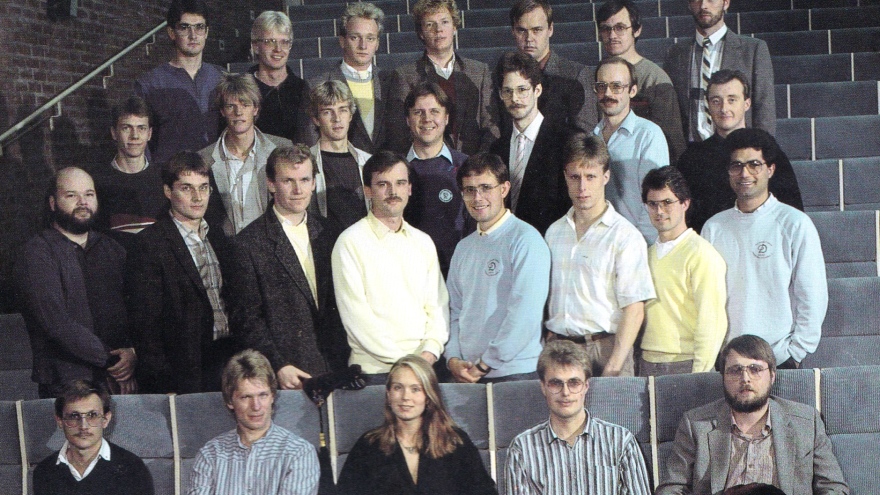 During her studies, Maria Häll was part of a jazz dance group. She can be seen on the far left. 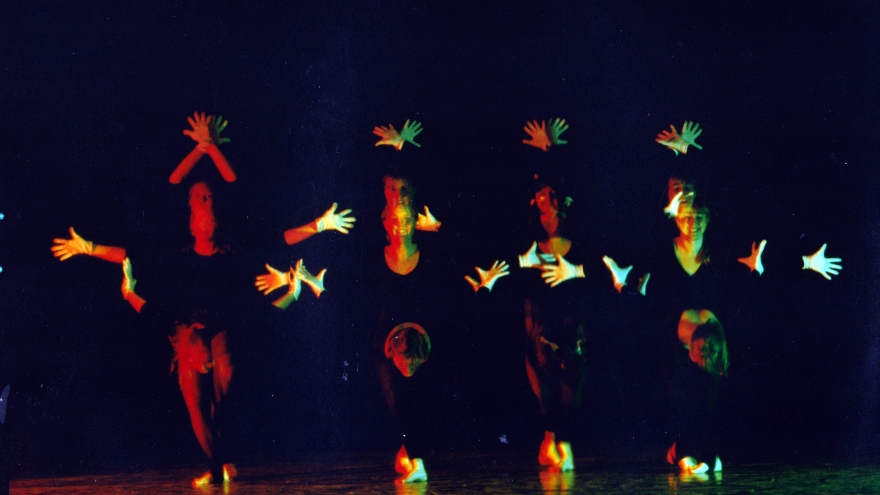 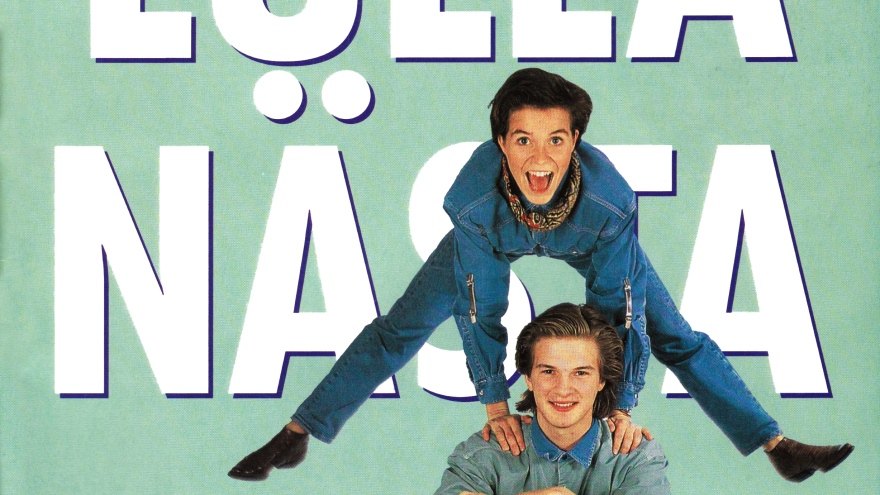 Maria Häll has been head of the university data network Sunet since 2013. She has been vice chair of ICANN's Governmental Advisory Committee and co-chair of the RIPE Cooperation Working Group. She now is on the board of RIPE NCC and is chairman of the board of the Nordic research network collaboration NORDUnet. She was chairman of ISOC-SE between the years 2016–2020 and between 2003 and 2013 she held IT strategic positions within the Ministry of Enterprise and Innovation and the Government Offices. Other previous positions: IT coordinator at Sandviken municipality, responsible for the city network Gavelnet in Gävle and IT strategist for SKL.

Maria Häll was an ambitious high school student who planned to become a doctor – preferably a brain surgeon. But she failed a lab and spilled a sample, interpreting it as probably not suitable as a doctor. She was really sad but her father, who worked for a period at Luleå University College, said that computers are the future and that she should instead apply for the new Computer Science and Engineering programme that would start at the university college.

– Computers sounded cool, it was completely new then, so I applied and got in. The boys in her class had programmable calculators and had programmed long before, and I had no idea about those things. But I thought it was great fun, says Maria Häll.

Maria says that there were a bunch of nice guys in the class and they had a very good cohesion. Studying a master's degree in engineering is tough with a lot of theory and study, but they helped each other. Maria also experienced that students and teachers had personal contact with classroom teaching in small groups. Compared to some larger universities, where hundreds of students share a teacher, it was a dream, and today she warmly recommends Luleå University of Technology to young people for that very reason. There is a more intimate atmosphere.

A fun time with great commitment

Some girls on the geology programme felt a little sorry for Maria, who was alone among all the boys, and invited her to a girls' party. They then formed a jazz dance group. In retrospect, the performances with the jazz dance group are one of the most fun memories Maria has from her studies.

– We danced at all parties, exam pubs, the spring ball and at the student union in Luleå, and it was well-rehearsed numbers with advanced choreography and well-thought-out attire. It was closely connected to the university and that was what was fun, says Maria.

Maria was also vice chairman of the Student Association of Engineering. Among other things, she was a student representative on the programme committee, where they discussed how educations and courses should be set up, so she was involved in the education itself as well.

During the first year of Computer Science and Engineering programme at the university, Maria's class started the Computer Section and created the symbol with the D that is still alive.

Woman in a male-dominated world

After graduating, Maria got a job as a programmer in the steel industry. It was fun at first, it was largely about problem solving, but after a while she felt isolated and wanted to work more with people. Since then, Maria has had many different roles – a master's degree offers many opportunities – and she encourages young girls to apply to Computer Science and Engineering. During her career, she has often been a single woman in many contexts, but she has never felt offended or neglected because of it. She is well aware that discrimination occurs, and of course there have been one or two man chauvinists who have wanted to reduce her, but as she says: "such you simply have to flatten". She is also not afraid to prove herself ignorant, but immediately asks if there is something she does not understand. Not many men do, but Maria feels that they often appreciate that she dares to ask because they actually sit and wonder about the same thing. How else should she learn, is her motto.

As head of Sunet, she strives for a good mix in terms of gender, age and descent. She believes that the best businesses have a good mix, and today she has several outstanding both women and men in her organisation. She wants to be a good role model for them and she thinks she is.

Today, Sunet looks completely different from when Maria started in 2013. At that time, they were only two employees at the authority, now they are a large department within the Swedish Research Council, to which Sunet belongs. The need for digital services in society has also changed a lot since then, especially since the pandemic struck. Now it should just work. When all students and staff in research and higher education work from home, both data communication and services must be stable.

– The pressure is much greater now compared to how it was a few years ago. But it's fun and something you have to take with humility. Sunet is an important player for everything to work well in our sector, says Maria.

When asked what the most important IT question is for Sweden if we are to continue to be at the forefront, Maria undoubtedly answers: "gathering strength". She experiences it as very fragmented and that no holistic approach has been taken to Sweden's digital strategy. Now the distribution of assignments and funds is spreading, and there are often watertight shots between different instances. A program statement will now be produced for what this gathering of forces should look like, and here Maria is involved in the work. She says that some grouping needs to hold on to this umbrella of efforts in order for them to be held together. A completely new way of working is needed and that is the structure that they are thinking about.

– We must become more efficient with the money we have, she states.

Maria has received attention in several ways over the years. Even when she started on the Computer Science and Engineering programme as a single girl, there was a buzz. She ended up in a large article on Aftonbladet, in the magazine Microdatorn and in Damernas Värld.

– What was so fun was that at that time I dressed in a lot of lace and embroidery, I wore pink clothes and burgundy with puff sleeves. That's why I stood out among the boys in the class. Not just because I was a girl but because I looked completely different, she says.

In 2005, she was named one of Sweden's most powerful IT officials by Ny Teknik. She was also involved when the Internet Foundation published a list of women who have been at the forefront of digitalisation from the very beginning: "Computer ladies - the women who digitized the world", something she is very proud of.

Computer ladies – the women who digitised the world