The old Norrbottensgården from 1665, Wibergsgården at Luleå University of technology, has got new atmospheric lighting worth experiencing during an evening walk with friends 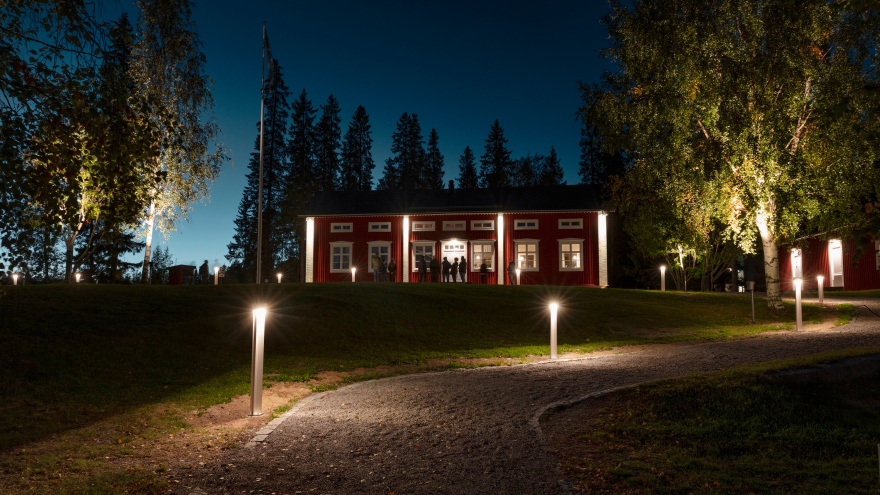 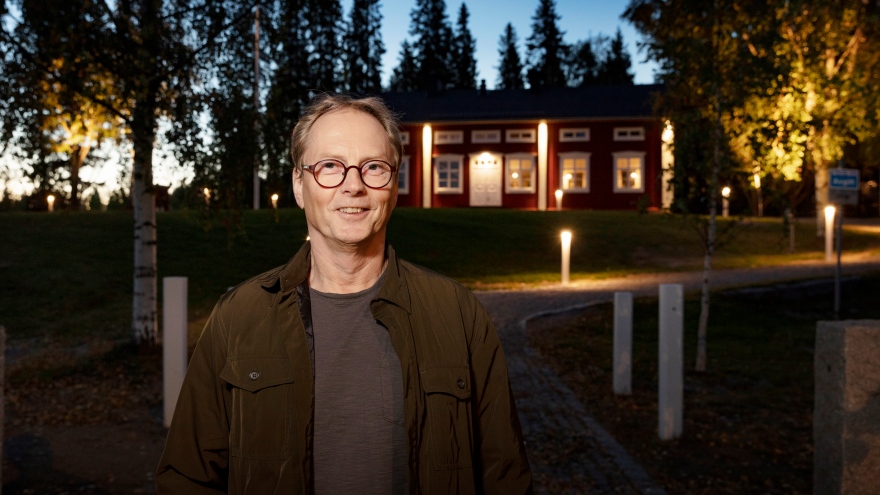 –The gravelly, curvy walk up to the house gets a grand, outdoor torch-like feeling through the illuminated bollards. The varying height of the bollards reinforces the impression of how the aisle turns upwards towards the yard, Jan Forsmark, says, light designer for the project.

Lighted rural character in the middle of the city

It is a bit dark in the surrounding forest groves, so the lighted courtyard gives a beautiful suggestive feeling when you walk up along the illuminated gravel path towards the red old house, typical for the North part of Swede, once  moved here from Sjulnäs in Piteå municipality.

- The overall idea with our lighting concept is to emphasize the farm's rustic, rural character through the facade lighting, and the same thing through the lighting of the gravel walkway and the birches in the foreground, Jan Forsmark says.

He has illuminated the façade's white standing moldings with narrow beam luminaires. He has had the previous luminaires above the main building's entrance and the side building's entrances replaced with new ones, which he believes light up without dazzling. He describes how the illuminated facade components, the trunks of the illuminated birches and the bollards of the corridor, all white, vertical elements, should harmonize with each other. The common design language of façade luminaires and bollards is another cohesive element.

An oasis in the middle of the university campus

The lighting of walkways and buildings created in collaboration between Luleå University of Technology and Akademiska hus will create greater security in late autumn and winter evenings, but also well-being for students and staff who move in the area. The lights up on Wibergsgården are lit as the sun goes down, which means that during the winter we will be able to see the yard lit even during the day.

From Luleå University of Technology, Lars Bergman has been the project manager, and the one who kept the order, coordination, and execution together with the contractor.

Jan Forsmark, who runs Designat Ljus Europa AB, is a very well-qualified lighting designer, awarded for his lighting of Svedjebron in Boden, as well as for the lighting of Havstrand - Pumpstation P42 in Luleå. He has previously worked with, among other things, the new lighting of the newly renovated library at Luleå University of Technology, the facade lighting at Bryggeriet in Luleå, Gamla bron in Umeå, Hedenbron in Boden, Södra Hamnplan in Luleå, NBF tower in Luleå.