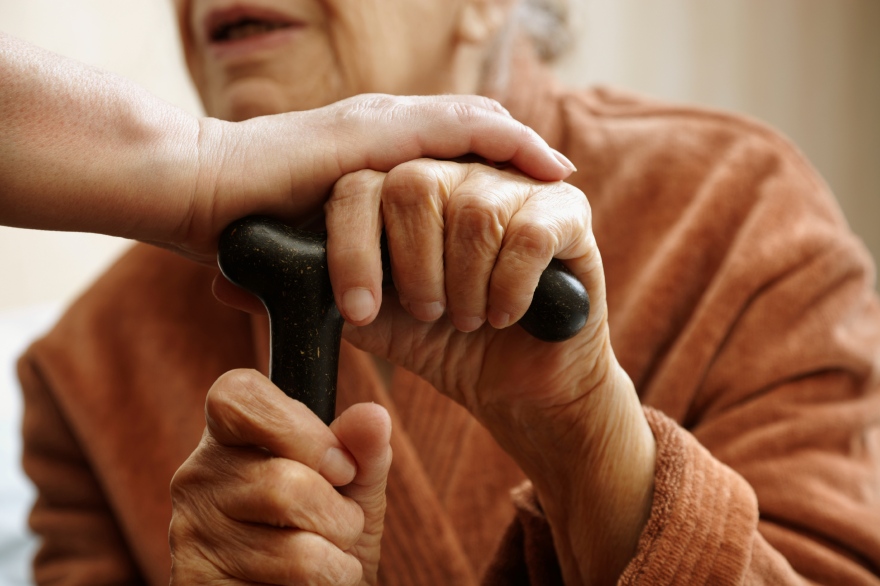 – Our research results will have a large impact on the potential to develop effective drugs against Alzheimer’s disease.  Through our fruitful collaboration, we have elucidated the structure of the amyloid-beta peptide in its most neurotoxic form.  This knowledge will significantly facilitate drug design so these peptides can be destroyed before they cause Alzheimer’s disease,” says Oleg Antzutkin, Professor of the Chemistry of Interfaces at Luleå University of Technology.

In vitro, the amyloid-beta protein is most toxic when it reaches the stage of small particles called oligomers, before they clump together into plaques in the brain. In the oligomer state, the protein is able to kill nerve cells in the brain. Because brain activity is greatest in the region involved in short-term memory, this is where most of the plaques are found in Alzheimer’s patients.  How these extremely small proteins look structurally before they become highly toxic and cause Alzheimer’s disease has been a mystery—until now.

For several years, determining the structure of these toxic oligomers has been a central issue for researchers in the field, in the quest to develop more effective drugs.

As early as 1998, Oleg Antzutkin began attempting to determine a possible structure of the oligomers by first trying to stabilize them. Despite several years of attempts, this strategy was not successful. In 2002, however, in cooperation with researchers in the United States, Oleg Antzutkin deciphered the structure of amyloid-beta fibrils in the final stage of the plaques found in the brains of Alzheimer's patients. Antzutkin and his colleagues received great recognition for this in vitro work; their research findings were cited more than 2000 times in various research journals around the world.

It was Professor Torleif Härd's group at the University of Gothenburg and the Swedish University of Agricultural Sciences (SLU) that managed to stabilize the amyloid-beta toxic oligomers in 2010. However, the actual structure of the oligomers was still unknown. 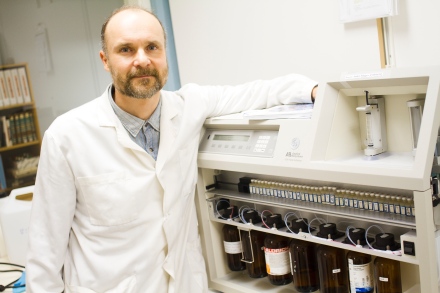 The researchers have now succeeded with this important structural characterization at a molecular level. In 2010, scientists at SLU and at Luleå University of Technology started producing their own synthetic and recombinant isotope-labeled toxic oligomers, with the intention of making a complete structural determination. Via nuclear magnetic resonance and modeling, researchers at Aarhus University in Denmark and the University of Warwick in the UK as well as Luleå University of Technology, under the leadership of Professor Torleif Härd at the Swedish University of Agricultural Sciences—for the first time in the world—have deciphered how the toxic oligomers look structurally.

Around 98,000 people in Sweden are afflicted with Alzheimer’s disease, a form of dementia that causes years of suffering for patients and their relatives. Today’s currently available medications cannot cure the disease, they only alleviate symptoms. For a limited period of time, medication can help patients partially retain the capacity to think, remember and understand their surroundings.  The cost to society to take care of people with dementia in Sweden, according to the latest report from the National Board of Health and Welfare, was 63 billion in 2012, an increase of 66% in ten years. Alzheimer’s patients make up 65% of the proportion of people with dementia in Sweden.

Turmeric can be effective

Research findings on the oligomer’s structure now make it possible to develop effective medications against Alzheimer’s disease using entirely new strategies. We now know what type of enemy to attack. The research collaboration between the aforementioned universities will continue this line of research. Now they will test, among other things, the effect of the completely common—turmeric.

“We will now test how curcumin and curcumin-like molecules found in the Indian spice turmeric bind to these oligomers and stop their toxicity before they harm nerve cells in the brain. There is research indicating that curcumin has an effect against Alzheimer’s disease. Similar research, with other forms of amyloid-beta clusters, e.g., amyloid fibrils and curcumin, is ongoing in several research groups around the world, including India, Switzerland and the USA,” says Oleg Antzutkin.