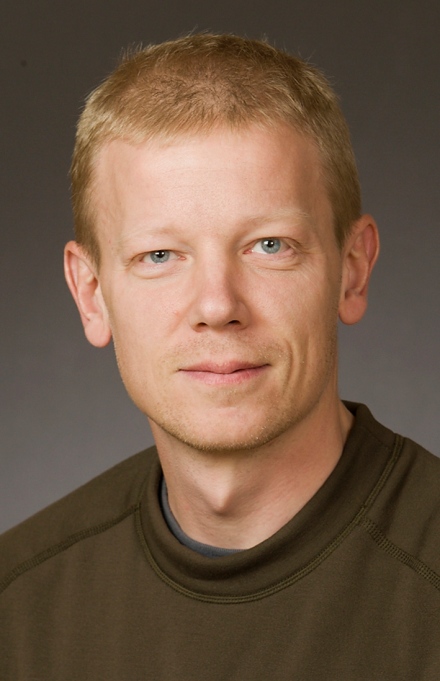 Gold from so-called orogenic gold deposits constitute a major portion of global gold reserves. This type of gold deposit Glenn Bark has studied in the Gold Line in Västerbotten. The main focus has been on the large gold deposit Fäboliden in the central part of the Gold Line. This part of Sweden was previously a relatively unexplored area regarding the occurrence of gold. Now the Gold Line to be a coming gold district with good potential for the future.

- Through research, I try to purely geological understanding why gold occurs where it sits in the bedrock. If you understand what it is that makes the gold deposited right in Fäboliden can use that knowledge to find new gold deposits in areas where we had not looked for it, says Glenn Bark who will defend the dissertation On the Origin of the Fäboliden orogenic gold deposit , northern Sweden on 19 December.

- I have examined the geological characteristics that are important for the formation of the mineralization and my results have directly been able to be tied to the project's industrial partner and its ongoing gold exploration in the area. Through this collaboration, a new gold discovery of hitherto unknown size could be located in the Gold Line.

Glenn Bark was born and raised in Mölndal and after a checkered career as including taxi driver, security guard and sports, he began in 1997 to study bedrock geology on Geovetarcentrum at the University of Gothenburg. In parallel studies, he worked summers in Västerbotten and Västra Götaland with bedrock mapping the Geological Survey of Sweden, SGU.

In 2002 he took his master's degree in bedrock geology and moved later that year to Luleå to begin his doctoral studies.