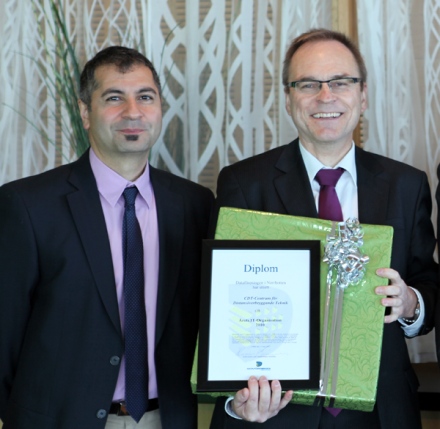 Centre for Distance-Spanning Technology at Luleå University which was established in the mid 90's has successfully achieved good results and the justification for the nomination states, among other things that CDT has;

"Contributed to the development of new services and products that resulted in several spin-off companies in the region. This year's IT organization has, by focusing on research, innovation and utilization of new technologies, created the potential to achieve a high market value in the region which has led to strengthening the region's competitiveness. "

It also highlights CDT's international network, collaboration with academia and industry and also that CDT has contributed to make the region attracted both in Sweden and Europe.