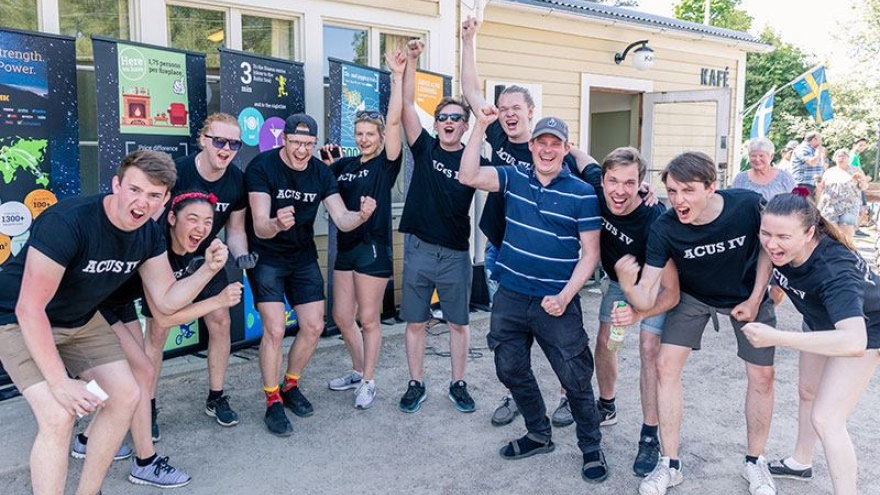 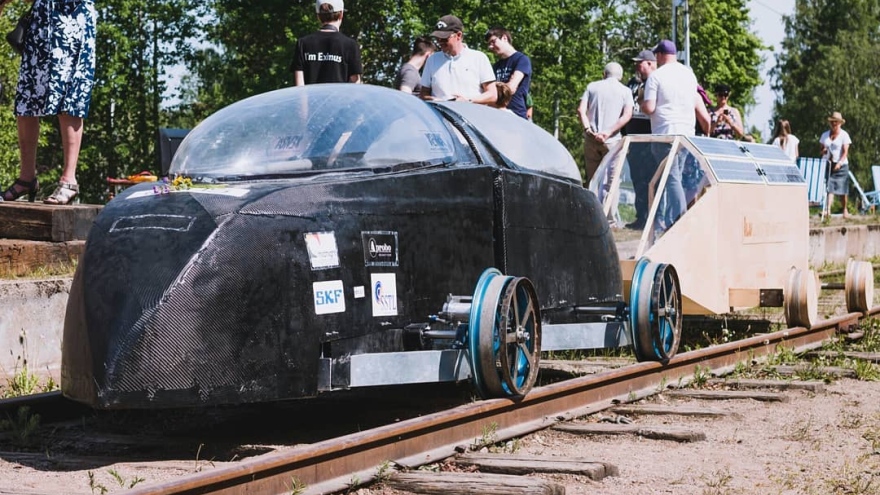 Ivar Rockström shows the vehicle in the Sustainable Living project, one week before the competition. Photo: Ted Karlsson.

The rail vehicle is displayed in the B-house at Luleå University of Technology. Photo: Ted Karlsson. 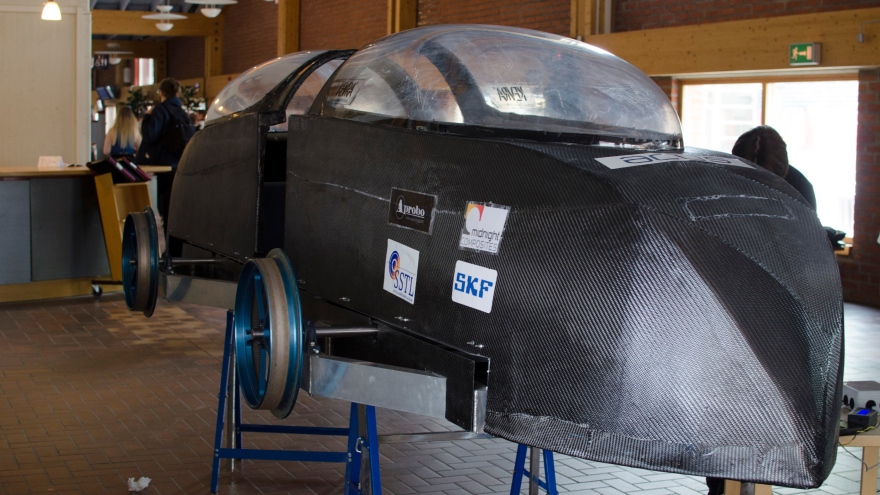 The race is about to drive a rail vehicle on a rail track of 3.36 km with as little energy consumption as possible. There are two competition classes, one for high school and one for higher education. The wind speed may not be more than 2 m/s for a record to be approved. The winning team 2018 was Eximus III from Dalarna University and in their world record attempt they achieved an energy consumption of 0,657 Wh per person and km, a result for which an application to Guiness World Records will be sent. The record is for the most energy-efficient transport vehicle.
Delsbo Electric Homepage

Thus, students from Luleå University of Technology can boast that they built the world's second most energy-efficient transport vehicle since the 2017 winners were recognized by the Guiness World Records.

– To put the result in a perspective, our consumption of 0.71 Wh per person and km corresponds to driving between Cape Town and Luleå on 1.2 liters of gasoline. Compared to a four persons in a Tesla, our vehicle consumes approximately 0.3 percent of the energy consumption per kilometer and person. We are very pleased that we beat the LTU record and more, says André Medin, who is studying the third year at the Master Programme in Mechanical Engineering.

Luleå University of Technology made its fourth appearance in Delsbo Electric since its first start in 2015. The energy consumption this year was almost half as low as in 2017, and then one wonder how such great improvement could be made.

– We developed a system that helps us choose tactics during the race and we could improve the aerodynamic properties of the vehicle and reduce the friction. The process taught us that theory often differs from reality, but that you can apply a lot of theory to improve a vehicle.

– Hopefully they will develop a new chassis which could be a very fun project!