Emil Lilja showed the VR glasses that the minister wanted to try. 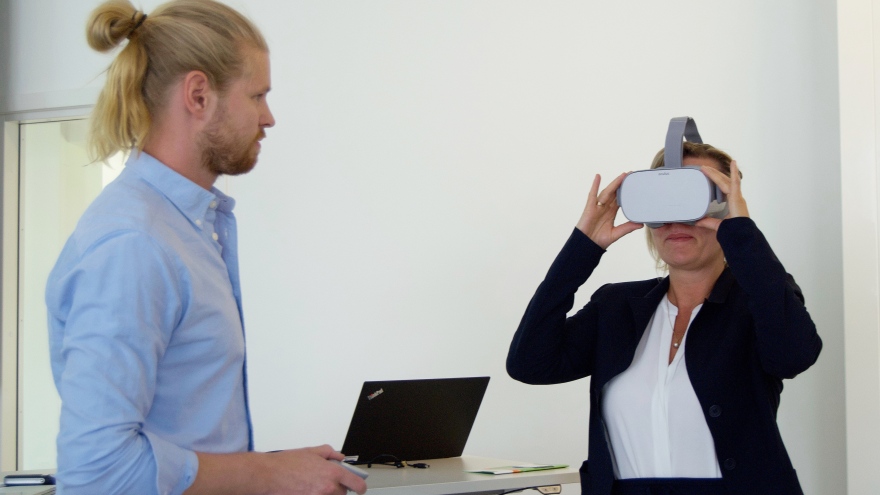 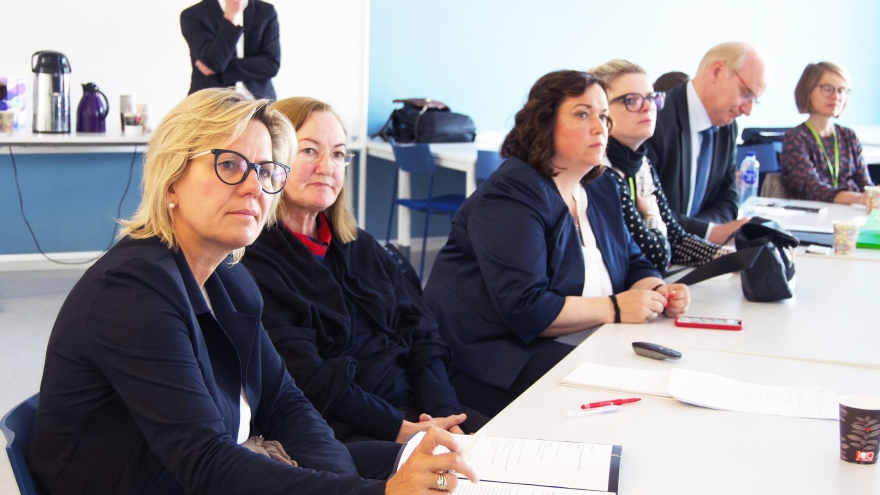 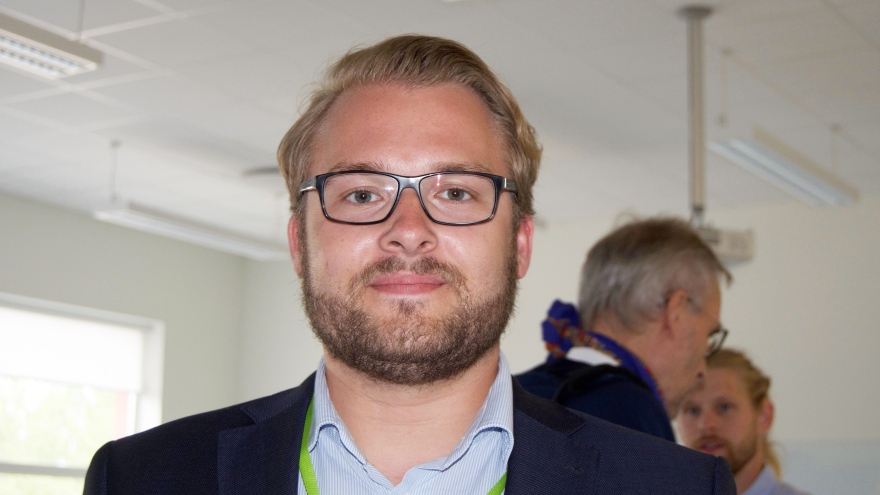 Per- Olof Egnell informed about EIC. 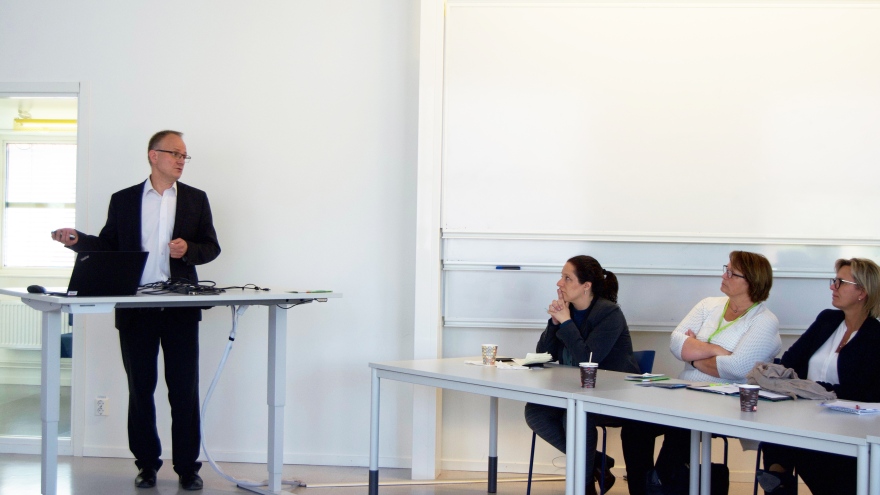 Everyone thought it was fun when the minister tested the VR glasses. 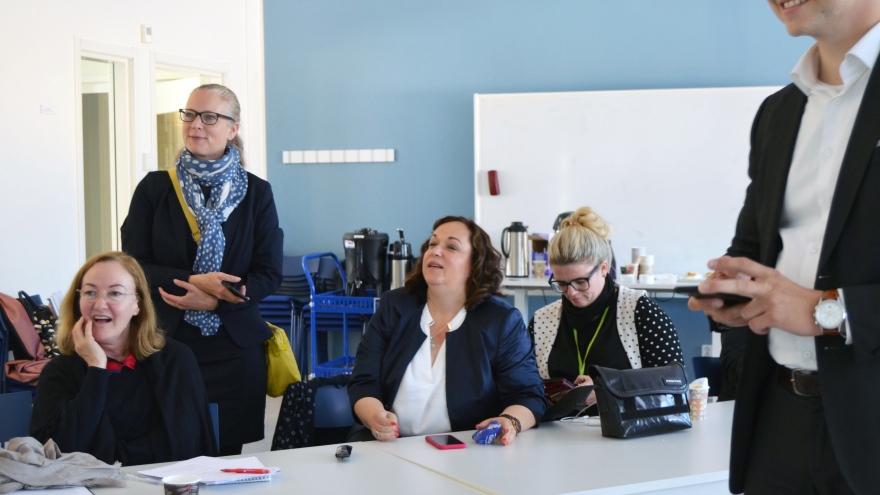 The participants visited the Activity Laboratory. Brown Paula Nervis is in the middle. 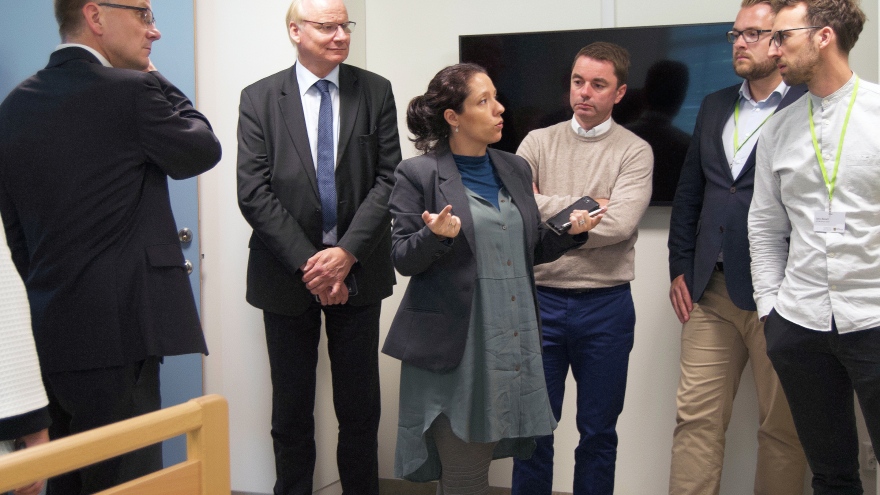 It was in mid-June that the Minister of Social Affairs and Consumer in the German state of Saxony arrived in Luleå together with representatives from German health care companies.

Responsibility for the visit to the university was Center for Innovation and ehealth, EIC. It started with lunch, then presented Marcus Liwicki, professor at the Department of Systems and Space Technology, the University's activities. Then it was time for the Swedish companies to introduce themselves.

One of them was Evado, who collaborates with EIC. Emil Lilja talked about the VR method that the company developed for the rehabilitation of people who received wiplash injuries.

– The patients should be able to get qualified training by the physiotherapist even ron distance, he said.

It was during that presentation the minister stepped forward and wanted to try the glasses.

Most Swedish companies that participate in e-health work and have at least some activities in the county of Norrbotten, such as Compodium, Doro and Skyresponse. Several of them interact with EIC.

When Per-Olof Egnell went through EIC's activities, he also told about the apartment that is built up as a activity laboratory at the university. The interest was great and the participants asked to see it. Per-Olof Egnell showed on sensors and cameras used for research in a kitchen, a bedroom and a toilet.

Brown Paula Nervis from Skyresponse said she was happy with the day and found it exciting to hear about the other companies' activities.