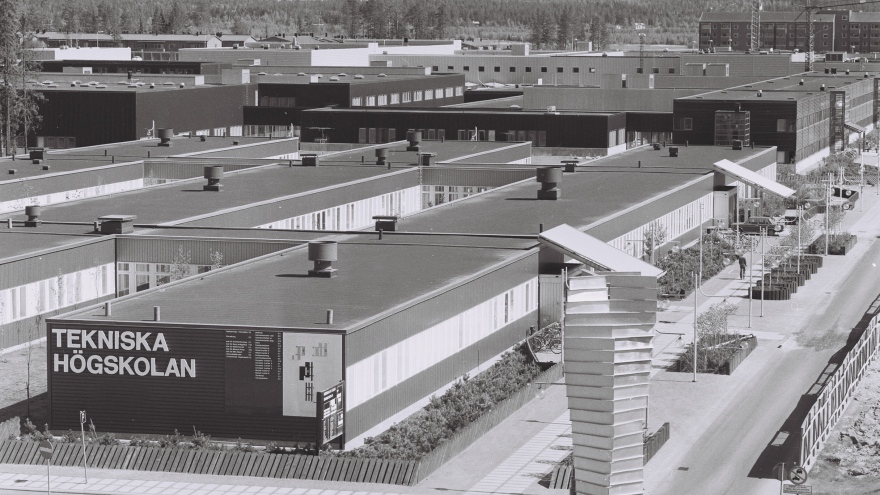 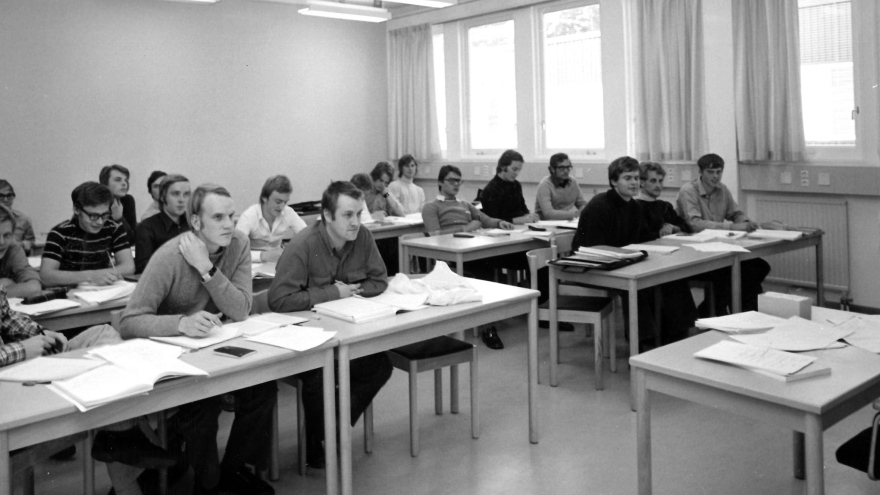 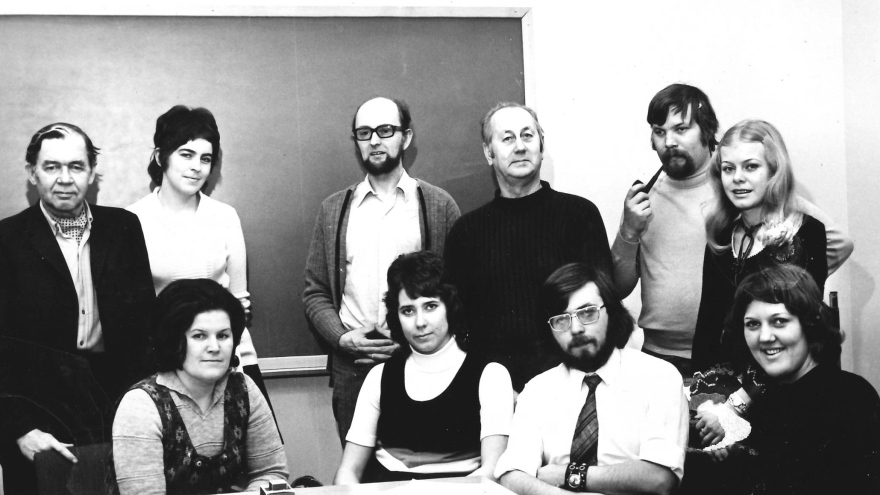 The Master Programme in Mechanical Engineering housed together with the SYDUT courses in the three wings towards Tekniktorget on Porsön. It is Rune Andersson, who the year before the university's establishment worked as general secretary of the Organising Committee for Higher Education in Upper Norrland (NoTH), who will be Luleå University College's first employee. He works as head of administration during the college's first three years.

It is now mandatory for students to belong to a student union. The Student union Association of Engineering, which was also formed in 1971, will be Luleå University College's first student union. They were located in Luleå, in premises at the city library and the city hotel, which were arranged by Luleå municipality. Among the first 50 students is a woman, Ulla Skalin. She remained at the university for several years after graduating with a Master's degree in 1975.

The following year, 1972, the university college's second programme begins: Geotechnology. Luleå University College is building up three specialisations in the programme and at the same time the Mining and mineral engineering programme in the geotechnical area at the Royal Institute of Technology (KTH) in Stockholm is being phased out. This leads to that Luleå University College receives professorships in Mining and mineral engeineering, Economic geology and Mineral processing.

Do you want to read more about the history of Luleå University of Technology?