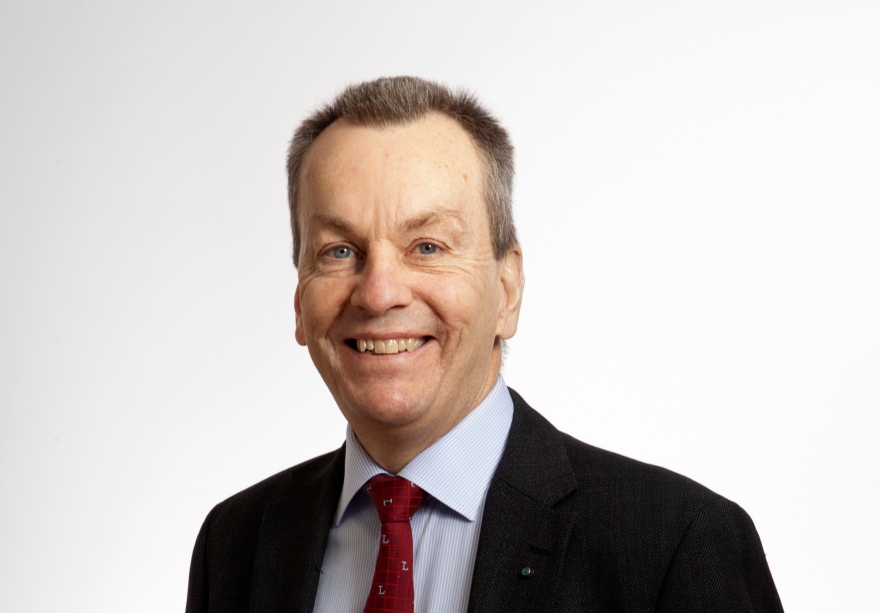 Erik Höglund graduated with a master's degree in 1977 and a doctorate in 1984, after which he became deputy professor in 1986 and full professor in 1989 - all this at Luleå University of Technology. During his time at the university, Erik Höglund was Pro-Vice-Chancellor in various rounds, for a total of 13 years.

Erik Höglund claims that he did not have a plan or career ladder ready for him, but that the challenges have emerged and he has accepted. Already at the age of 36, he became a subject representative for the subject of machine elements, which can almost be seen as a record.

– It never came to my knowledge then that someone would have thought I was too young when I became a subject representative. My representative Professor Bo Jacobson was also young. Almost everyone was in the 30-40 age group in those roles at the university then, so it was not unusual, says Erik Höglund.

Erik Höglund has also been Pro-Vice-Chancellor for a total of 13 years at Luleå University of Technology, also a record. The first period was 1994-1997 and the second 2008-2018. He has been dean from 1997-2003 and appointed by the government as acting Vice-Chancellor in 2009 and 2017. He has led numerous internal investigations and reviews, actively worked to increase the number of female professors at academic level and management level and was involved in recruiting Luleå University of Technology's first female principal Ingegerd Palmér. Erik Höglund was involved in initiating the development of the university's commercial operations and sat as a member / chairman of, among others, Holding AB, LTU Business AB, Lunova and Aurorum Business's Incubator. He has held a number of national and international assignments, such as chairman of the Knowledge Foundation's various assessment groups, responsible for SSF national research program HiMec, ProAct, Interface, LTU-SKF University Technology Center and many more. He has received several international awards for research in tribology, the theory of friction, abrasion and lubrication, which already in the 1980s involved research projects against mechanical problems under Arctic conditions. Sometimes there have also been innovations in research.

Erik Höglund does not seem to see anything contradictory in combining basic research, applied research and innovations, an approach that has been questioned by members of the Swedish Research Council, of which he has been a member. He describes how he thinks about that question:

– It works like a toolbox, you could say. We must make sure we get new tools to be able to build new houses. In other words, we must ensure that through basic research we develop new knowledge so that we can use it to create change. Luleå University of Technology has always had an applied character to its research. We were created based on the idea of collaborating with the basic industry. "Nice" and "ugly" research, that difference has never existed with us. We are perceived as easy to work with and there is rarely any hassle in collaboration with companies and other organizations. Our entire organization is built around managing collaboration. Companies apply to us because we have a good reputation. We deliver knowledge to the company and we deliver science and publish scientific reports. We are not a consultant for the company, but what we deliver is new research that it works to do a doctorate in. It is fun to be involved in developing something that you see works, such as new products, knowledge or methods.