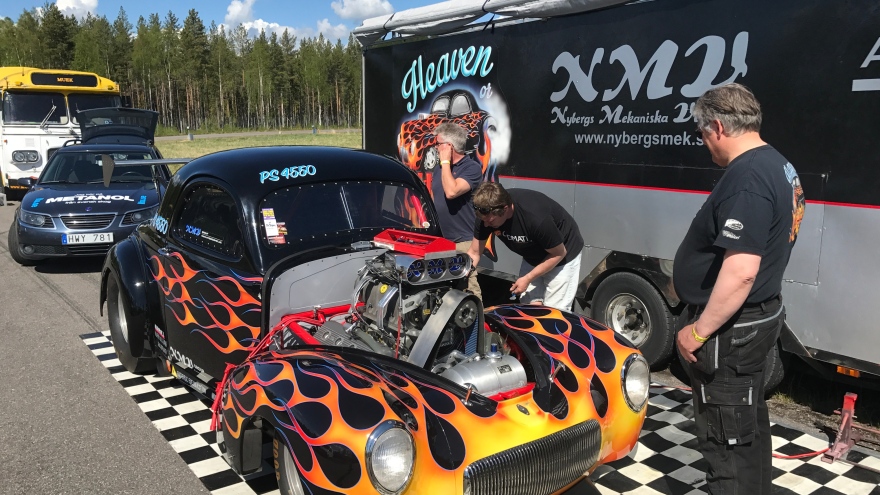 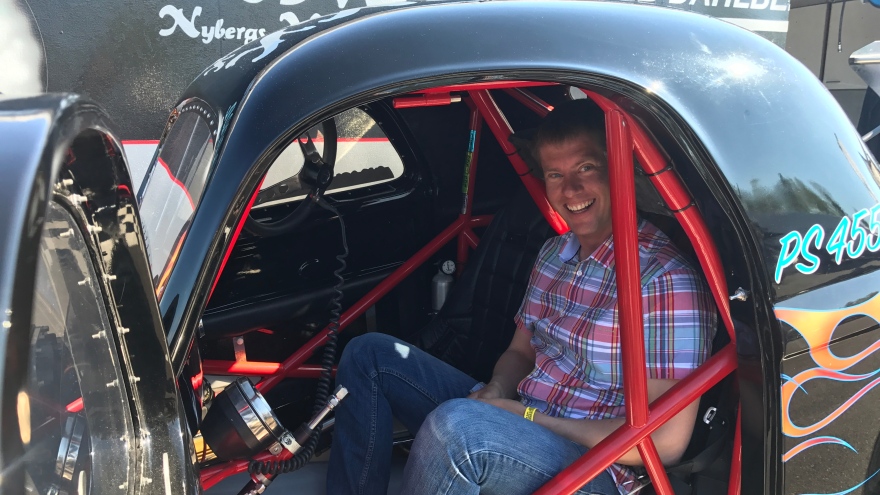 Researchers at Luleå University of Technology could in the end of June show  that biomethanol works at least as well as fossil methanol in a high performance engine in a racing vehicle, but is significantly better from an environmental point of view. The dragracing vehicle will be run on biomethanol this weekend in the national race Pite Dragway. The interest in the field test on the 24th of June was great from both visitors and the media and the competition on 7-9 July at Långnäs outside Piteå is expected to attract thousands of spectators.

Fredrik Granberg, researcher at Luleå University of Technology and Manager at the research facility LTU Green Fuels wants to show that there is a green alternative for motorsport.

– This is one of Sweden's major drag racing competitions and there are teams from all over the country participating. If it's going well this weekend, it's still a good promotion for bio-based fuels, he says.

The drag racing team "Heaven or Hell" who drives the car wants with the tests and the competition this weekend contribute to a greener motorsport. They have received positive reactions from others within the sport and many have been interested in doing the same.

– This has gained incredible attention and it is fun that a whole new circle gets the eyes on the environmental benefits. We hope that the national associations for motorsport continue to support this because the interest is high at the club level. This also contributes to a continued growing interest in biomethanol as a fuel, says Fredrik Granberg.

The competition is one of 5 national competitions and the qualifying competitions will run on Friday, 17th of July, 13-22 pm and Saturday at 10-22. The finals will take place on Sunday at 10-16. All times are weather-dependent. Team "Heaven or Hell" competes in a class called Pro Street. Media is welcome and there is an opportunity to interview with the team and with Fredrik Granberg in place. 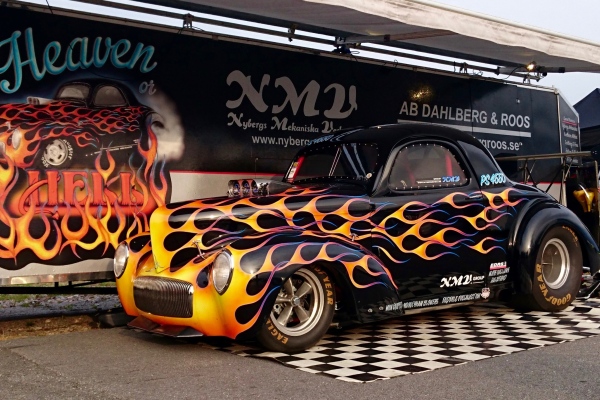 2017-06-16 How is it to drive a 1600 horsepower-dragster on renewable methanol? That has been tested by researchers from Luleå University of Technology together with the drag racing-team Heaven or Hell.