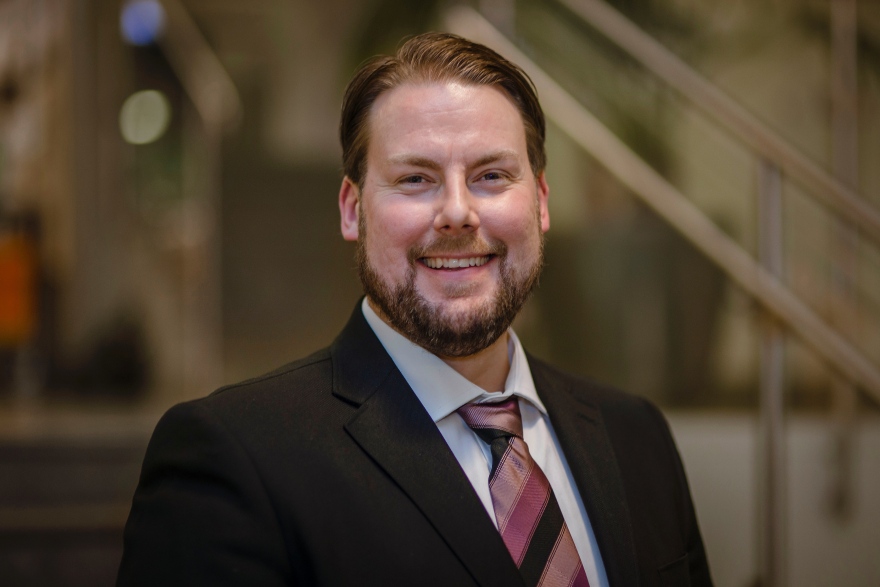 The physicist Fredrik Sandin has been awarded the Gunnar Öquist Fellowship by the Kempe Foundations. This award implies that he gets three million for research and a personal prize of
SEK 50 000. Professor Gunnar Öquist also contributes with his mentorship; through his long-standing work for the Royal Swedish Academy of Sciences and his many contacts with Nobel Prize winners, he has valuable experience in breakthrough research.

– This is very encouraging and inspiring, and a confirmation that patient work eventually pays off.
Some of my work are attempts to do ground-breaking and visionary research, which rarely is a source of encouragement. Motivation needs to be found in the belief of what is right and interesting, and the pleasure of understanding something new once in a while. Special moments of encouragement like this award means a lot, says Fredrik Sandin.

Today he is employed as an associate senior lecturer at EISLAB and is a driving character in machine learning and development of computational methods inspired by neuroscience and biology.

One of the reasons why he seeks inspiration in brain research is that present methodology for software design has practical limitations, especially at this time when computer systems are increasingly interconnected with the environment through sensors. The complexity of systems also tends to increase exponentially. Solutions to some of these problems, according to Fredrik Sandin are most likely to be found in biology, in the ability of brains to adapt and generalize.

– In one project we investigate how different electronic devices can learn to communicate with each other without stringent protocols and standards. This is something that brains do when communicating with artificial senses and robotic limbs that are connected to the cerebral cortex or sensory neurons in other body parts like the tongue, says Fredrik Sandin.

Machine learning is an increasingly important topic as the Internet grows and is integrated with
more and more systems in society and industry. Statistical methods and technology makes it possible to systematically create and adapt mathematical models to data. Such models can be used to make predictions or automatically interpret new data in terms of previously known examples. Some well-known applications are Watson, which competed with humans in Jeopardy and search engines on the web and programs that interpret speech or handwriting on letters.

– Within the SKF-LTU University Technology Centre, we work for example with machine learning methods for smart sensors that automatically adapt to the machine where the sensor is deployed, much like a brain must adapt to the eye and the environmental characteristics. This way we can reduce the amount of data that must be forwarded from the sensor system and instead devote the resources to analyse machines that function abnormally, says Fredrik Sandin.

- In one way or another, this award and opportunity will enable me to devote more time to creative research, collaboration and research education, which I look forward to, he says.