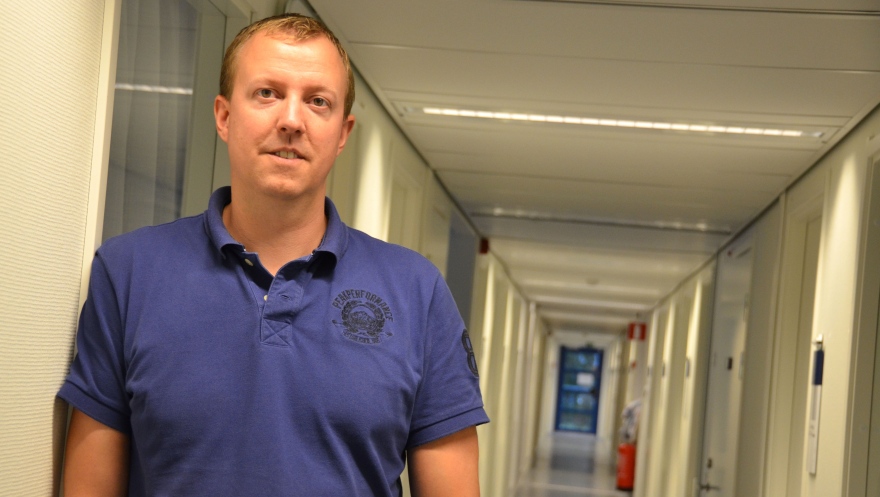 – The market potential is huge. Only LKAB, which has about one percent of the market, puts 400,000 bolts in the mine every year. Mining companies in Australia, New Zealand and Sweden are very interested in testing our system and we can see a lot of interest in both large and small companies, says Jens Eliasson, Assistant Professor of Industrial Electronics and CEO of ThingWave.

Mining bolts are long bars of iron that are mounted into mines to stabilize the rock. ThingWave's monitoring system consists of a gateway with a small computer that keeps track of sensors mounted on the mining bolt. The sensors detect whether the bolt is tilted, breaks or vibrates and alarms the gateway. What happens in the rock bolt can be observed by the mining worker in the mobile phone or in e-mail and by the bolt blinking with red, green or yellow light. Gateway also creates its own wireless network that it communicates with.

An important advantage of ThingWave is that it manages to find networks in challenging environments and "around corners", such as in tunnels and mines. Some of the network can then overhaul if any part breaks and fails to communicate.

Thing Wave is tested short-term in mines in Sweden. Now tests are extended to Finland and Chile.

The smart rock bolt has won three prestigious pit competitions for new innovative products. A large part of the funding for developing the product comes in the form of booster funding from the EU's major effort to develop the mining sector, EIT RawMaterials, where Luleå University of Technology is a coordinator in one of six nodes located in different EU countries.