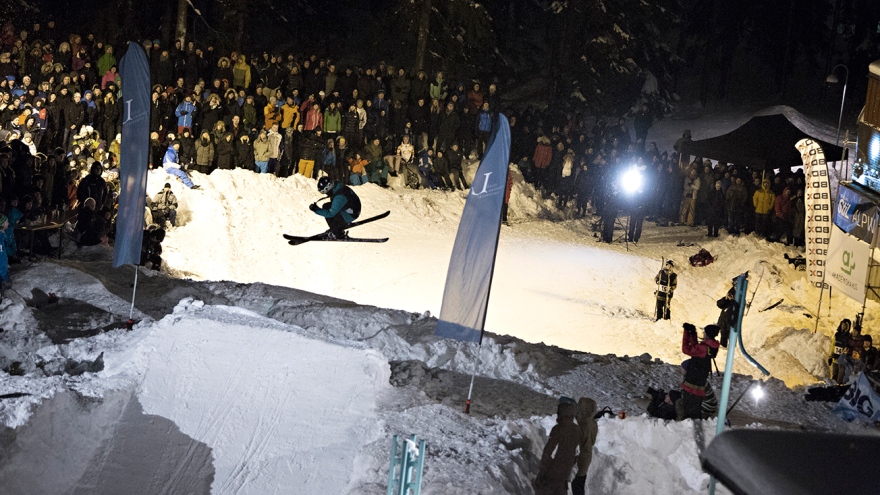 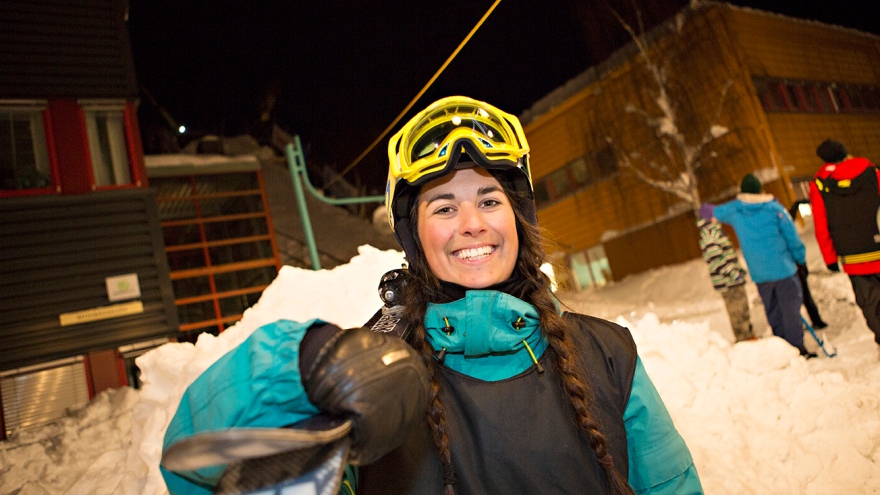 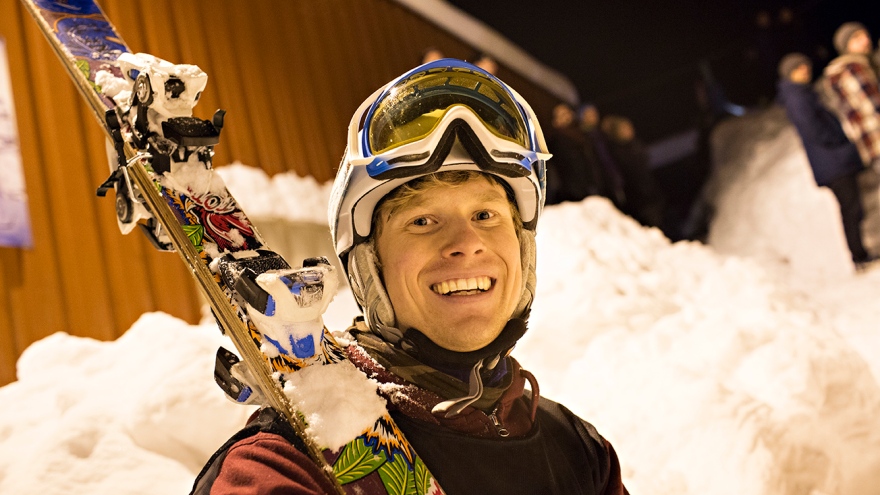 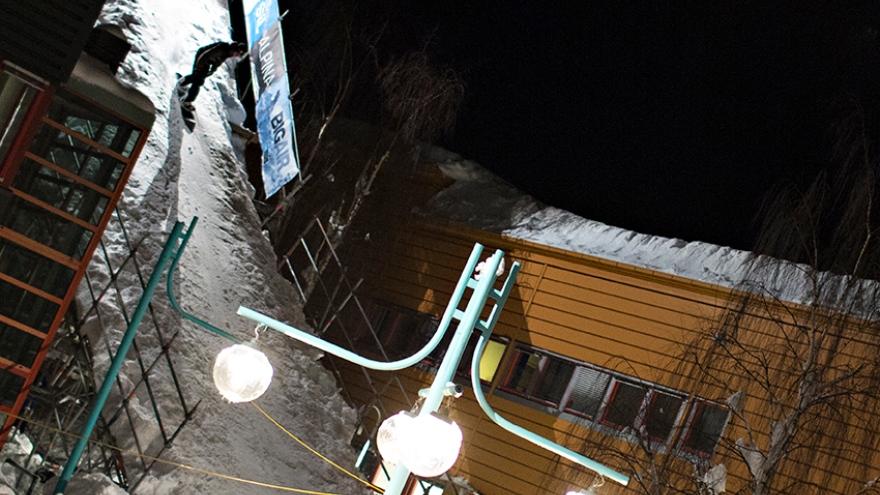 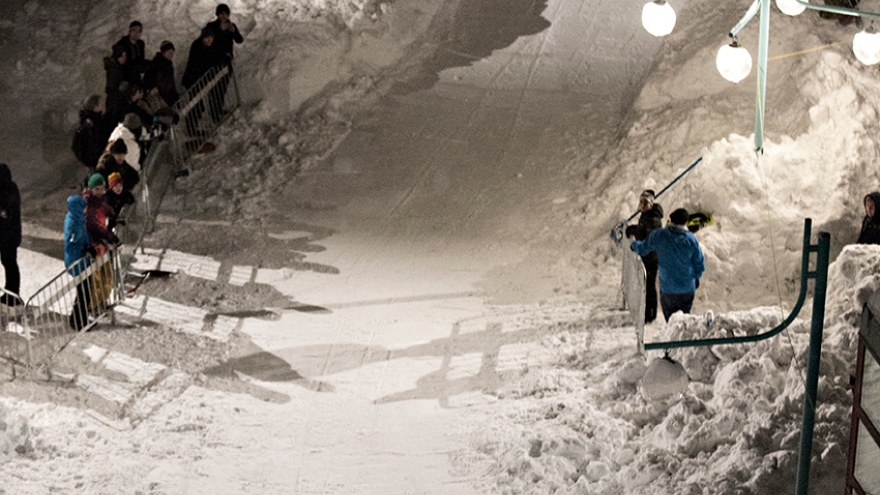 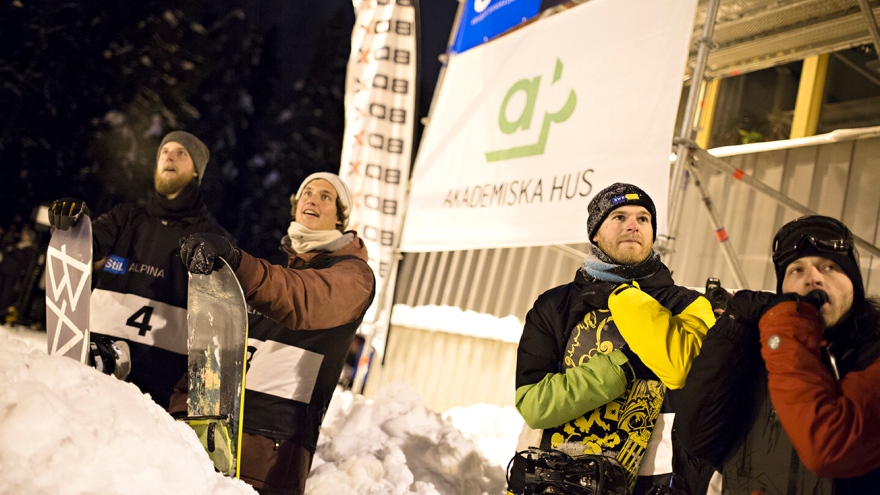 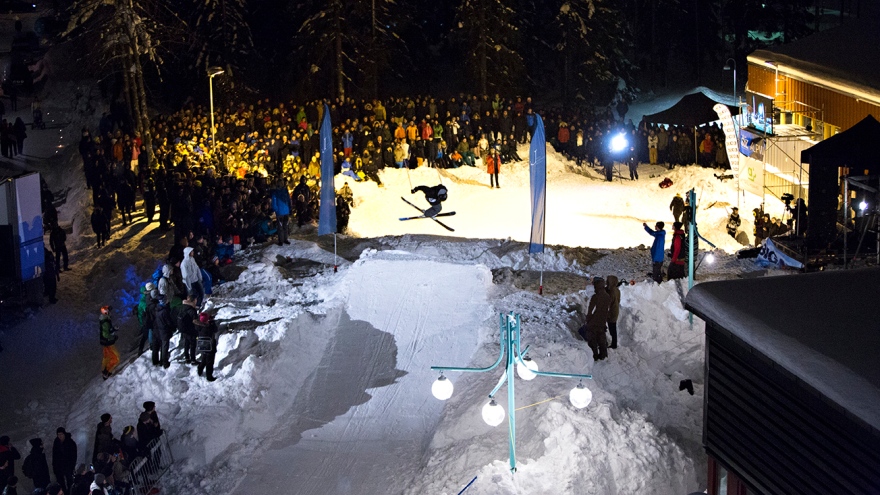 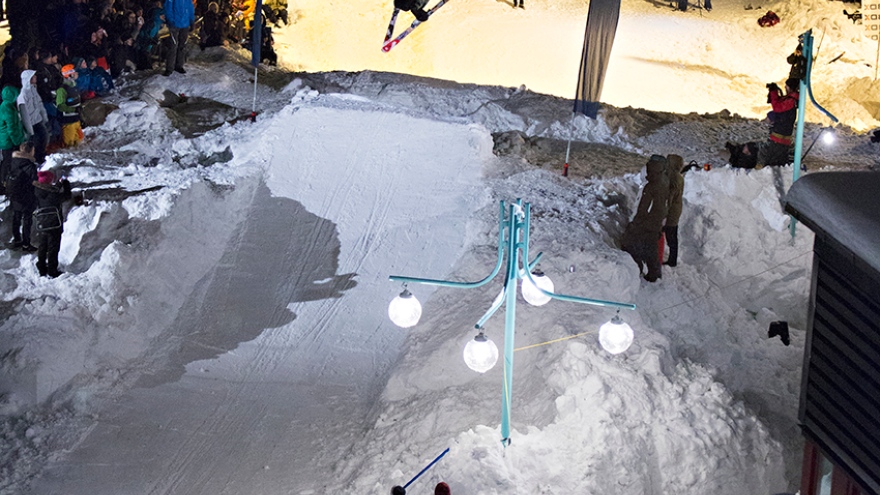 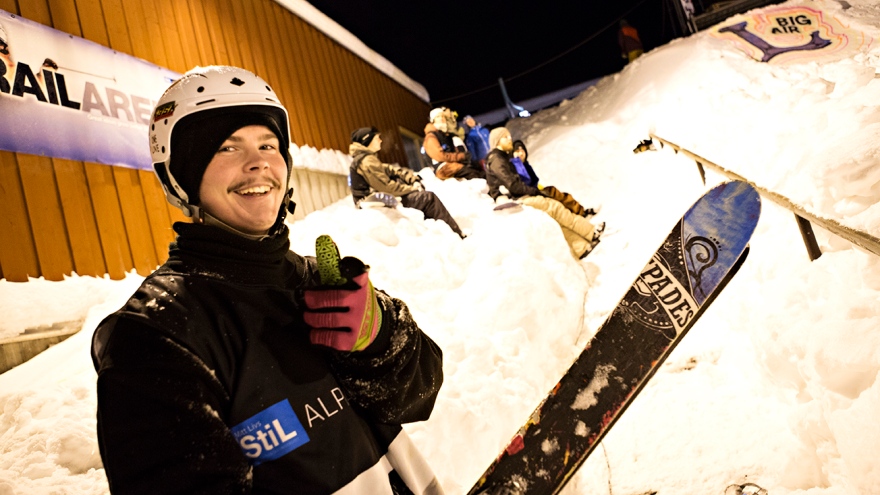 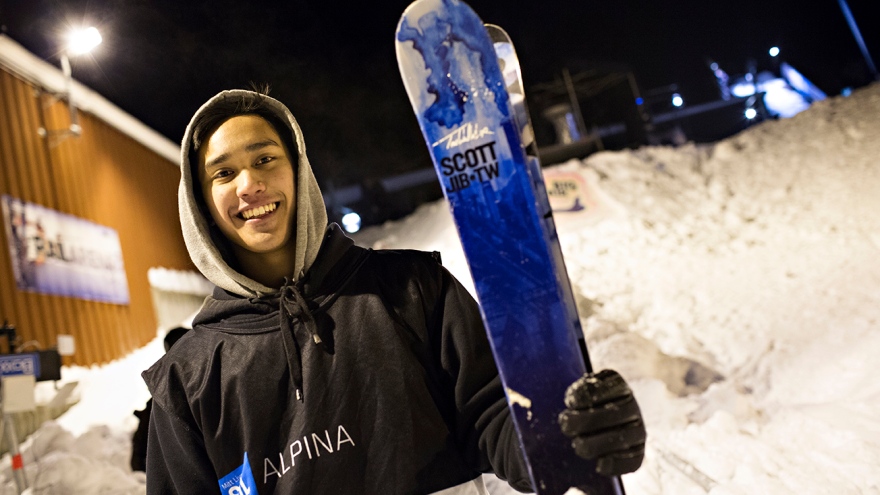 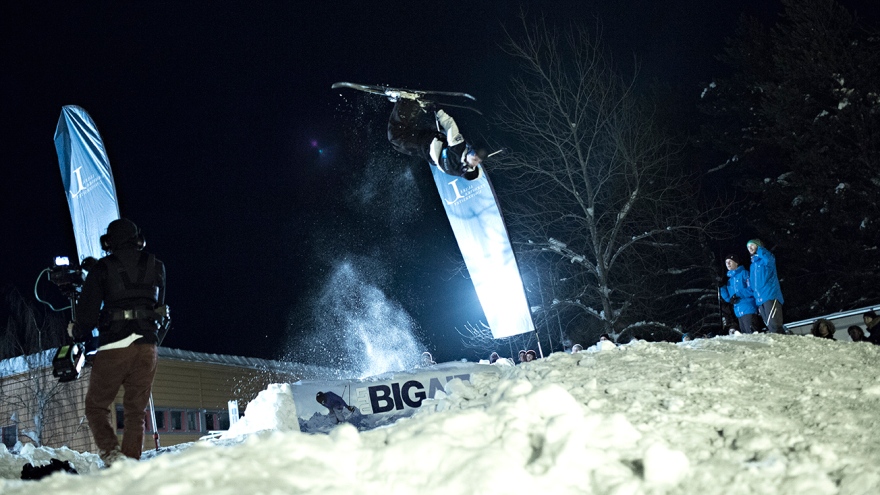 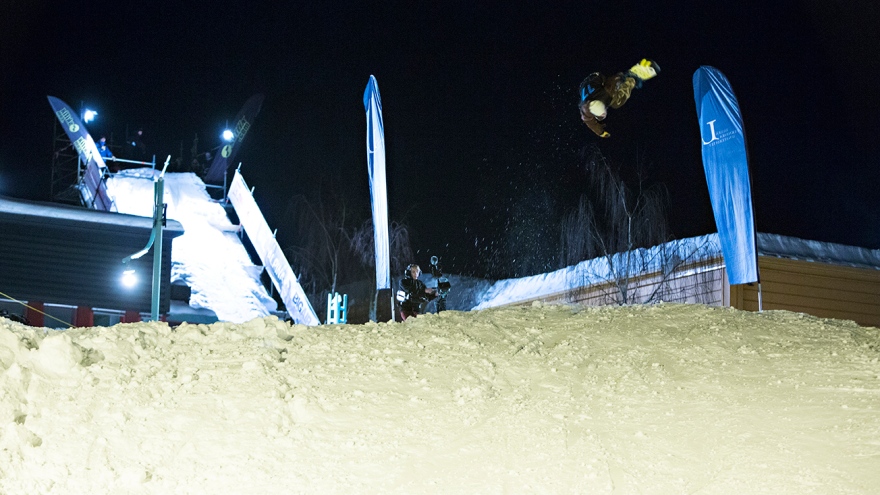 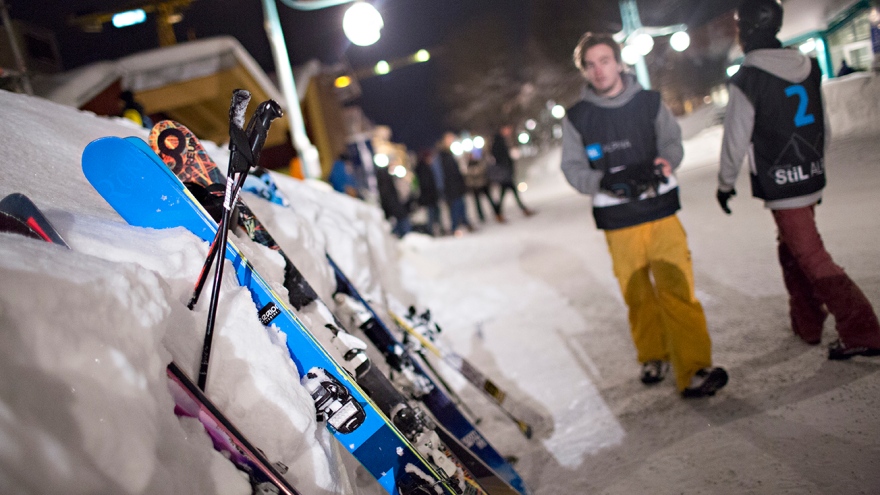 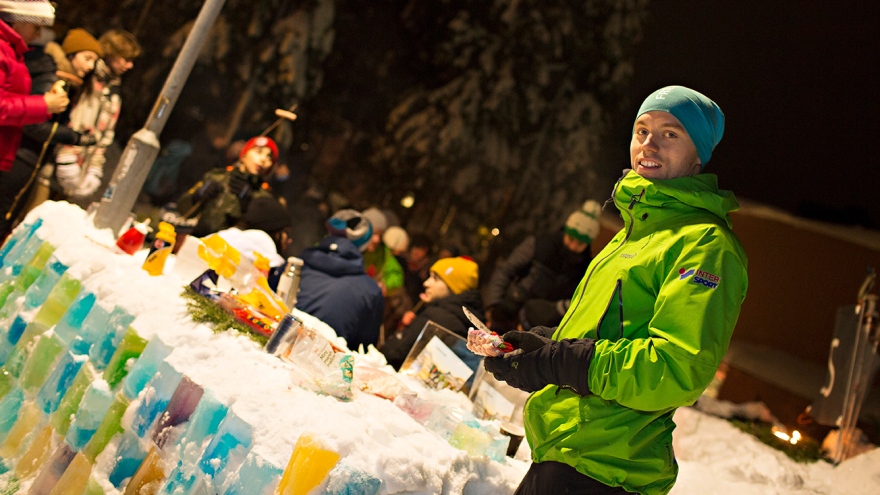 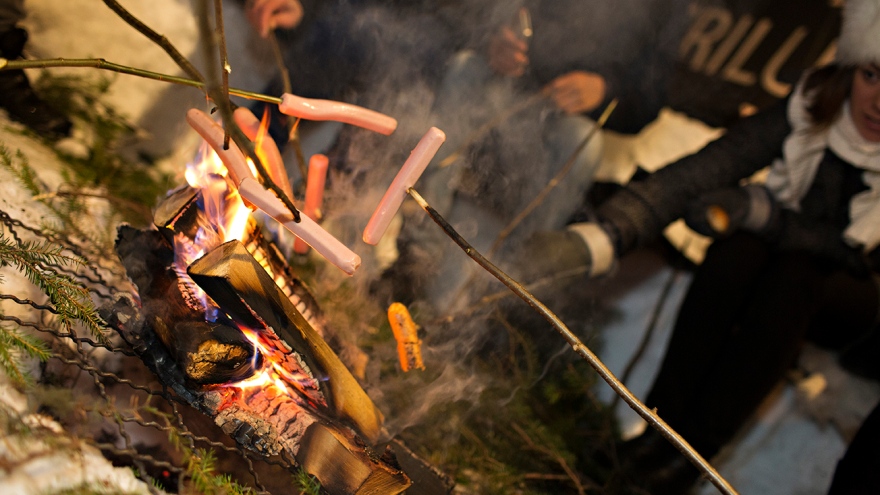 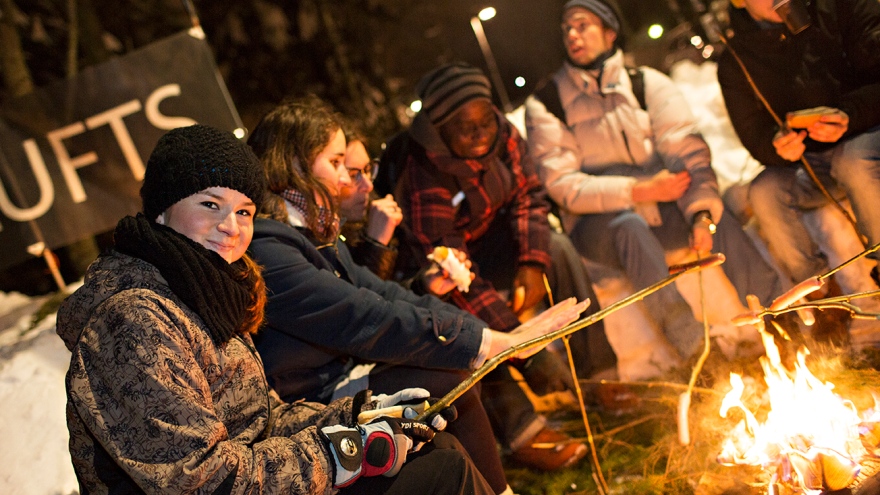 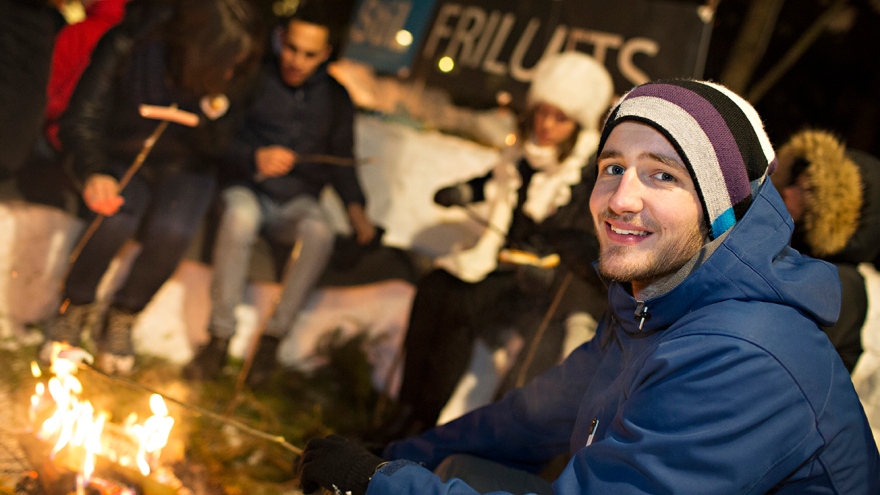 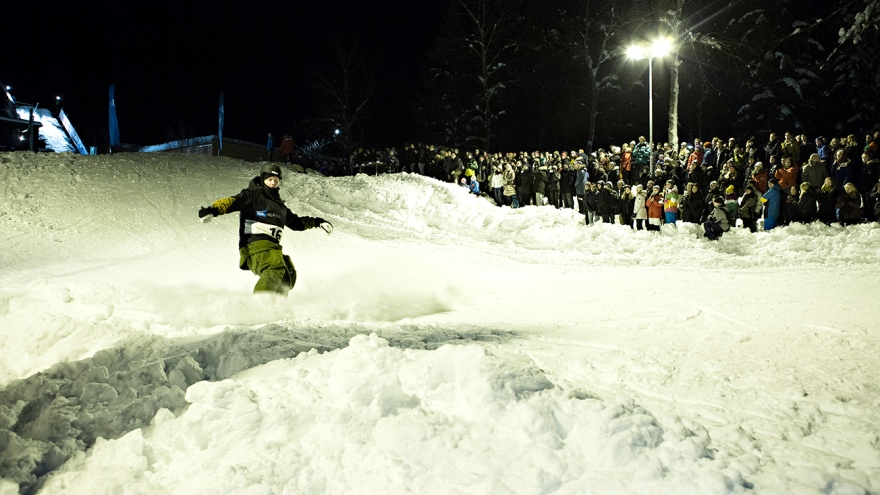 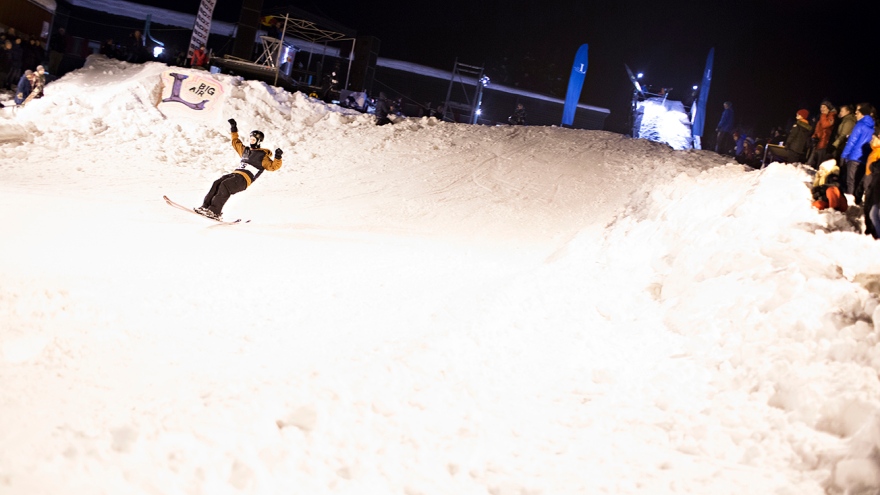 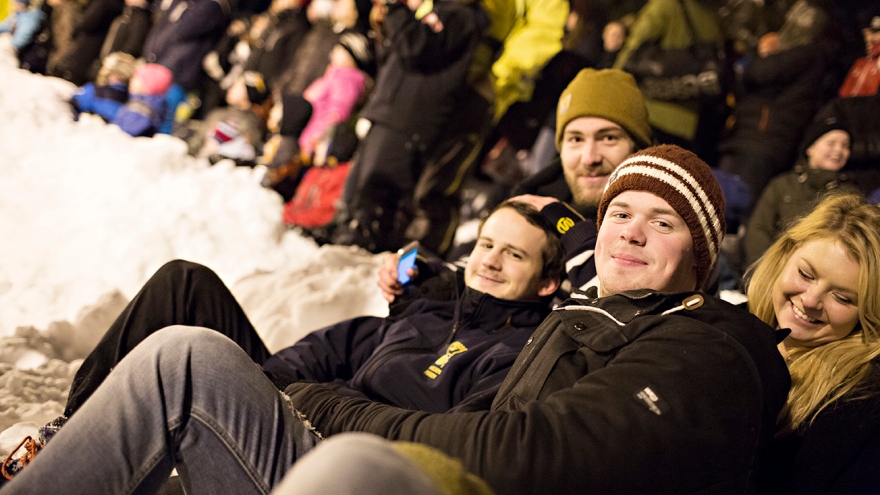 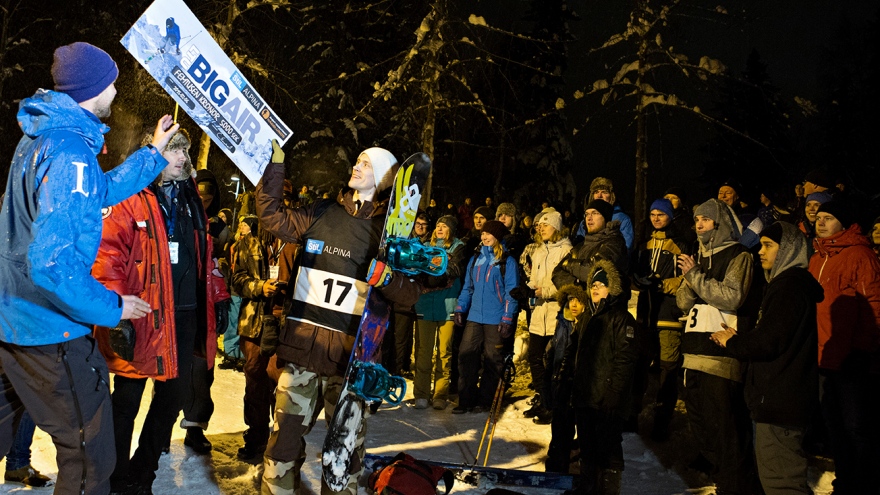 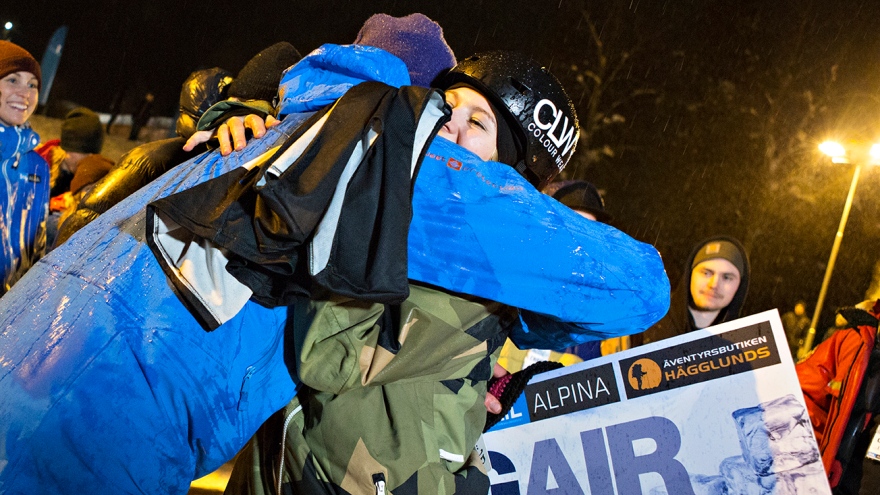 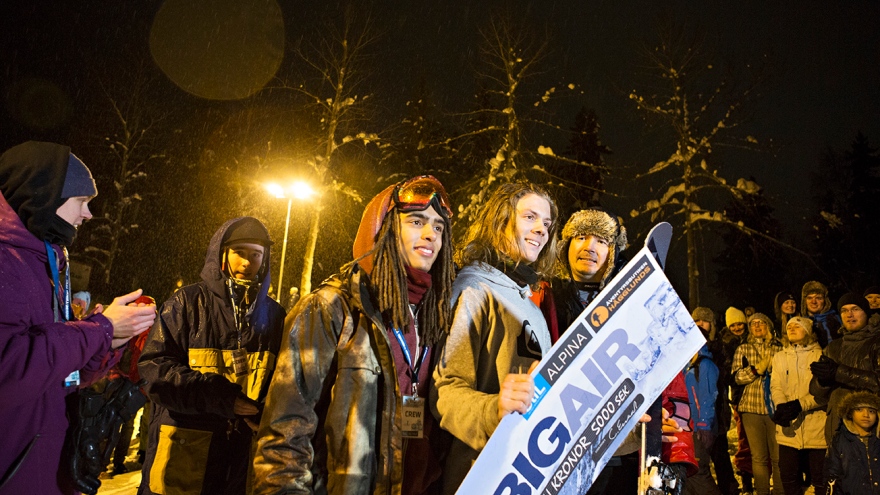 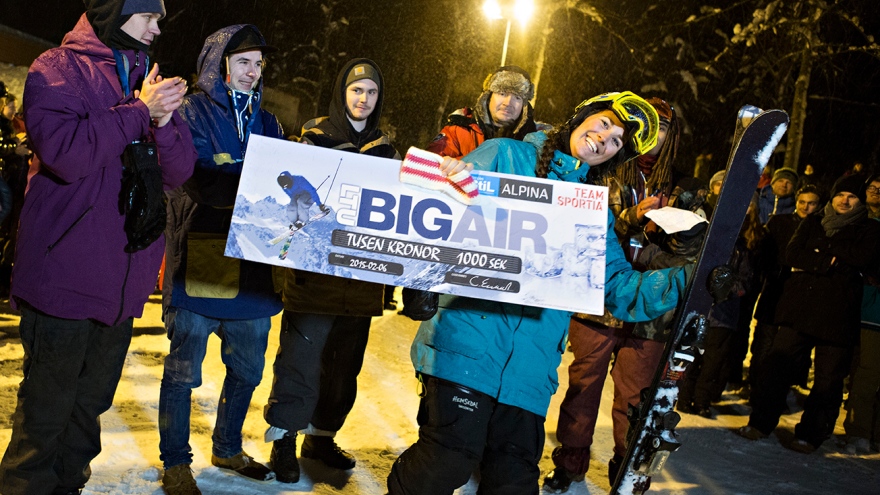 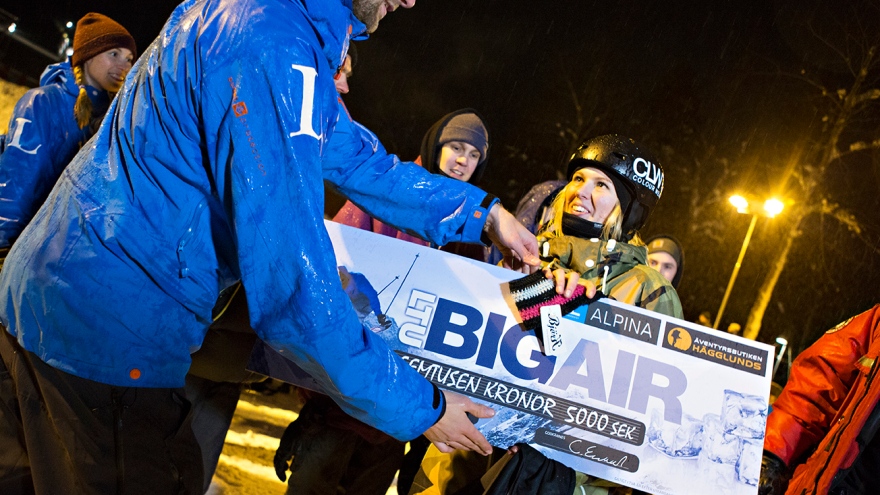 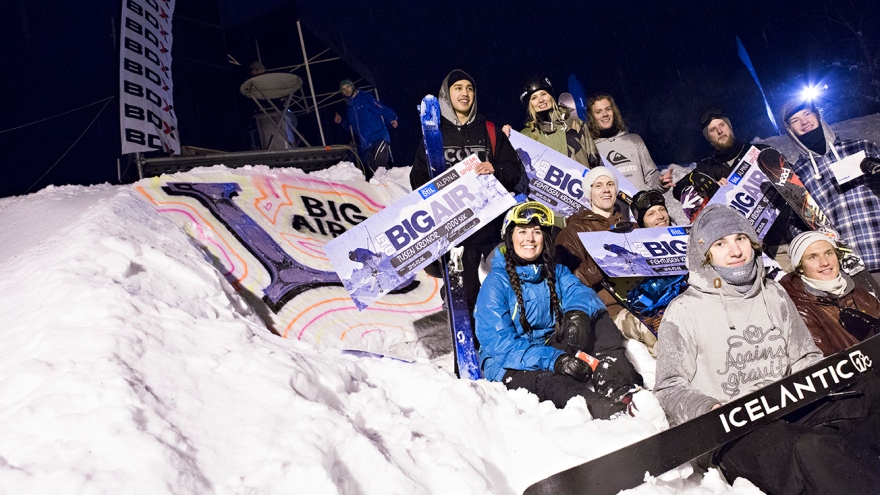 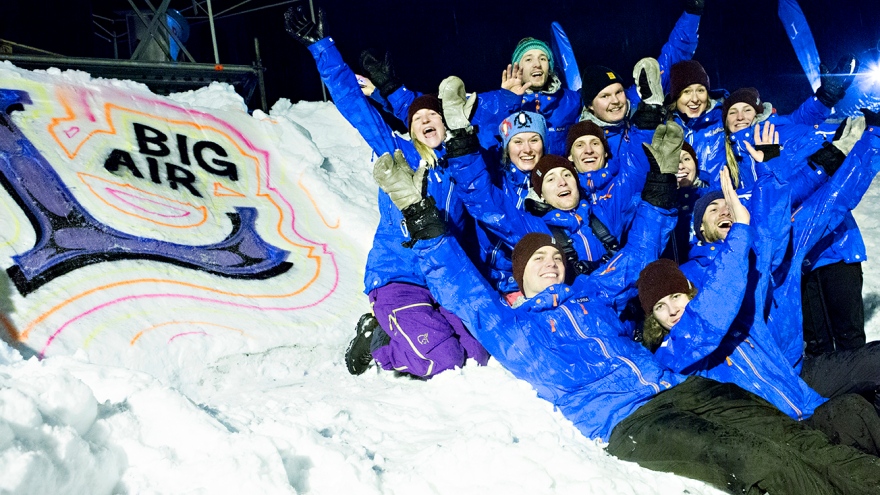 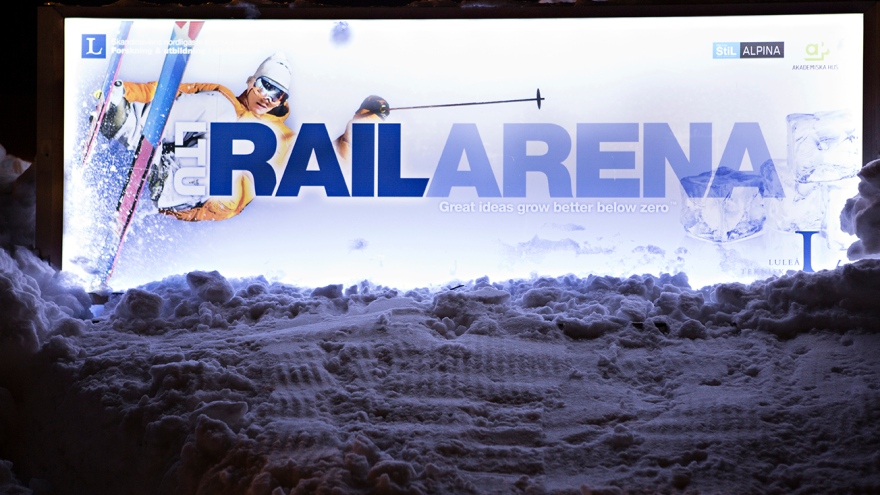 - It was great that so many talented riders chose to participate and super fun that so many people wanted to come and see the race and cheer. Everything worked out and the security around the competition was high, says Christopher Enckell, chairman of StiL Alpina who arranged the event.

From a 12 meter high ramp, the riders took set and then jumped over Regnbågsallén and landed in front of the audience next to the LTU Railarena. StiL Alpina had to rebuilt everything twice just before the competition, because of because of all the snow that came days before, but they managed to get it perfect in time.

Everyone was excited among the audience and the athletes during the evening.

The entire university campus was completely immersed in snow and only that received many positive comments from the audience. The quantity of snow in Luleå happened to have the highest record of fifty years. Three days previously measured depth to 113 centimeters at Luleå Airport.

The competition was filmed, commented upon and was broadcasted live on among other Norrbotten Kurirens web. So much audience, and good crowd as it was, made the the contestants of course was right nervous. One of the riders Niklas Pittja Grandlund tried, although, a Kangaroo Flip or a double flat spin 540th.

The success LTU Big Air can get a replay next year:

- We will now evaluate everything. If it looks good, we will work for it to be a similar event next year, says Christopher Enckell.

The winners of the sickest trick, "Sickbird" Niklas Pittja Grand Lund with his attempt to "Kangaroo flip" and Oskar Vesterlund who made a "Switch backflip Truck Driver".