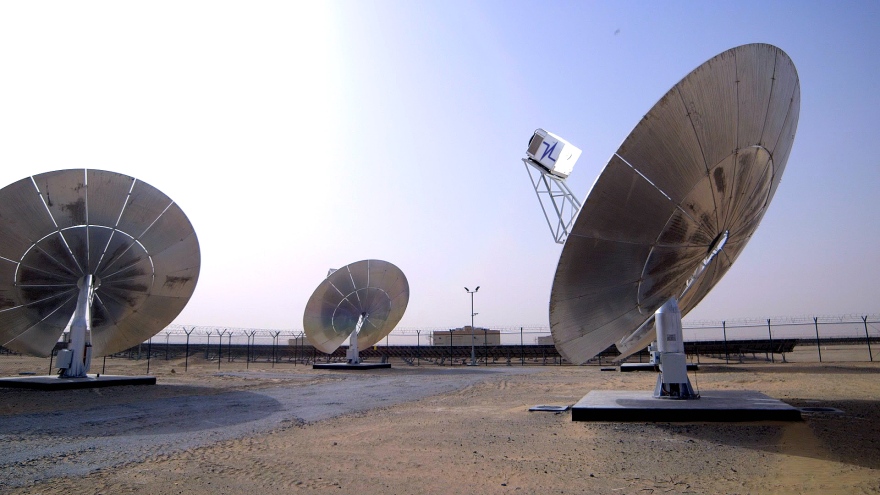 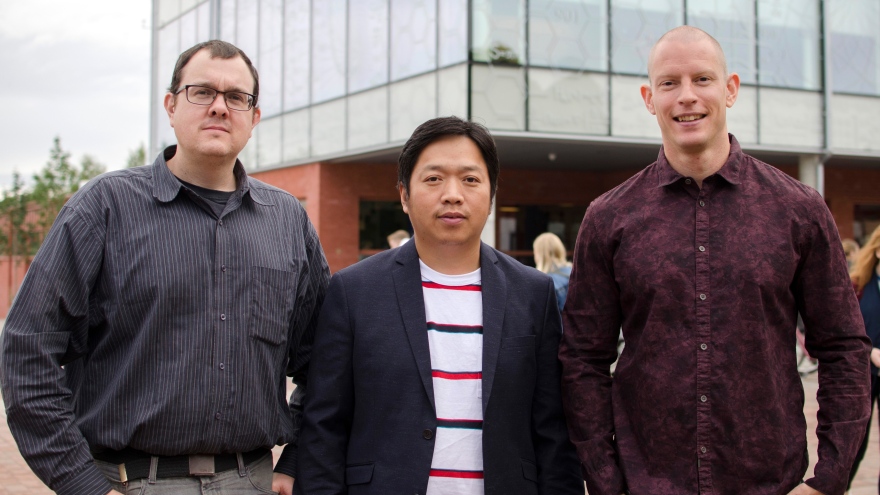 Partner in the project is the Swedish company Cleanergy, one of the world-leading manufacturers of stirling engines. Stirling engines were previously developed by for instance Kockums to power submarines and they are being used to generate electricity in biogas combustion, and now for electricity production from solar energy.

– Stirling engines are an environmentally friendly way of producing electricity from, for example, biogas or sunlight. In the case of solar energy, the sunlight is caught in a dish and the light concentrates on a smaller surface that becomes very hot. The stirling engine then converts heat to motion, and that movement is used to power a generator that produces electricity, says Marcus Björling, researcher at Luleå University of Technology.

The great advantage of stirling motors is the possibility of thermal storage. This means, for example, that the heat is stored in some form of phase conversion material. By achieving a structural change in the material, the heat can be used at a later time, similar to the products that act as hand heater where the heat is activated by pressing the heater. A combination of thermal storage and stirling engines with lower maintenance costs would provide a system that is significantly cheaper per kWh than the combination of batteries and solar cells.

– It is even so that stirling engines combined with thermal storage is the most efficient and per kWh least expensive technology for storageable solar energy, says Jonas Eklind, CEO of Cleanergy.

An improvement area of ​​today's stirling engines is the piston rings, these must be replaced at scheduled service stops due to wear, which increases operating costs.

– The project time is four years and we believe that during this time we can double the life of the piston rings with an improved material. We will also look at some type of coating for the cylinder liner. If we can also reduce friction loss, we can increase operating efficiency, says Pär Marklund, Associate professor in Machine Elements at Luleå University of Technology.

An advantage of stirling motors is the environmental aspect. The researchers believe that the stirling engine is more environmentally friendly to manufacture than solar cells.

– Something that is rarely discussed with regard to solar cells is that manufacturing is done mainly in China with a manufacturing process that is not very environmentally friendly. The stirling technology involves a completely different type of manufacturing with classical mechanics, where I think Sweden can be competitive. We could manufacture the engines with a good environmental profile without compromising on price and, in combination with the increased service life, could lower the life cycle cost of the engines, says Pär Marklund.

For stirling engines, the market is mainly warm, sunny countries where there are large uninhabited areas, such as desert or mountain areas. It is mainly about industrial power production in something that would look like a satellite disc park. Each dish, about eight meters in circumference, is then placed with a stirling engine in the focal point, where it gets hot enough to drive the engine.