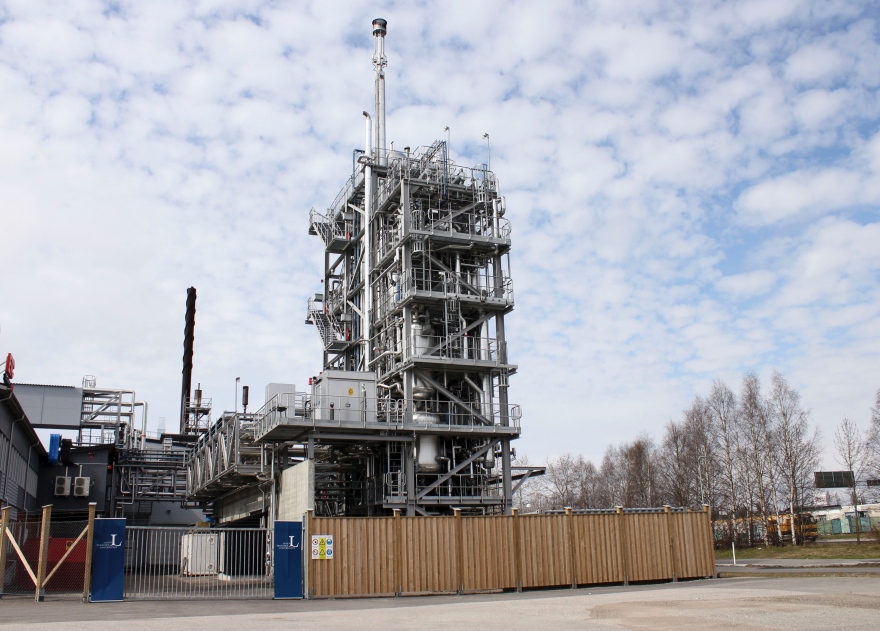 During the time since it was commissioned in 2011, about 1,000 tons of DME (diesel) and methanol (a fuel for spark engines) has been produced in the facility. Volvo Trucks, which has been involved in the projects connected to the pilot plant, has completed successful field-testing with ten heavy duty trucks that have run in commercial traffic using biofuels produced in the pilot plant.

The pilot plant, which is dubbed "LTU Green Fuels", is one of the world's most advanced pilot plants for gasification of various bioproducts into synthesis gas and further conversion to green fuels. The Swedish Energy Agency, has during the last three years, funded the research in the plant with just over 100 million SEK (about 12 million USD), but now the agency has decided to discontinue the support of the pilot tests.

- I think it's regretful that we have to cancel the pilot experiments but I am nevertheless hopeful about the future of the technology. The process has been proven to be very reliable and with high efficiency after more than 10 000 hours of operation with the whole syngas train, says Professor Rikard Gebart, leader of the pilot plant research and scientific director of Renewable Energy at Luleå University of Technology.

The consequence of the closure of the university's activities in the pilot plant is that 18 employees will be laid off at the end of May. The closure of the pilot plant has no other consequences for the strategic research at Luleå University of Technology on the production of biofuels from forest biomass. Research will continue with many other projects, including the national research programmes Bio4Energy and Swedish Gasification Centre.

- It is an unwise decision to close the plant. This is a pilot plant that has worked well and that has a very competent and experienced staff. I see the closure as a step back from the sustainable society we aspire to, says Johan Sterte, Vice-Chancellor at Luleå University of Technology.

Rikard Gebart, says that the research results from the past projects in the plant will be of great importance for the commercialisation of the pilot plant's proven technology for production of biofuel from forest residues. The research in Renewable Energy at Luleå University of Technology will continue to be focused on how such commercial production can be done with minimal environmental impact and maximum efficiency.

- When the politicians have agreed on long-term political instruments to strengthen the competitiveness of renewable versus fossil fuels, I am convinced that the commercialization will take off in Sweden, says Rikard Gebart.

He points out that pilot-scale testing facilities for the production of biofuels makes it possible to avoid costly mistakes, during the planning and commissioning of much larger scale commercial plants.