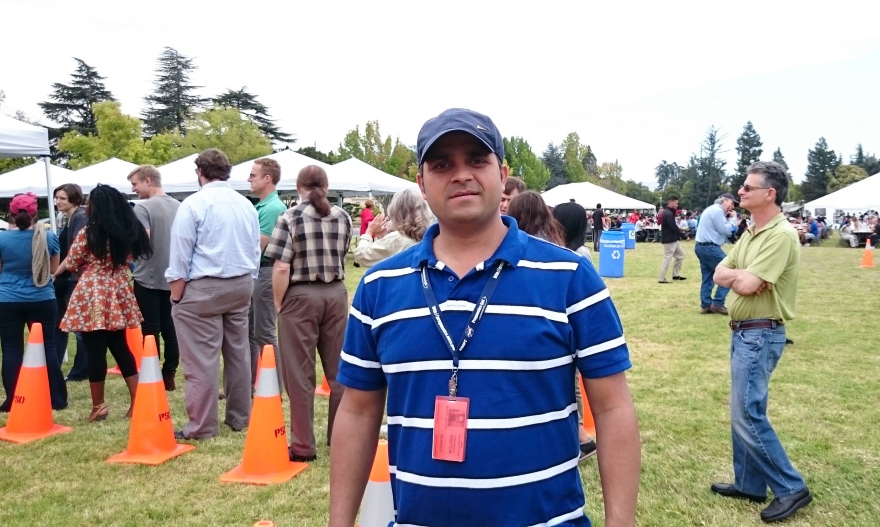 Every day during his summer months at Nasa was rigorous controls. The area as a whole with the surrounding research park's is many hectares. To that counts the adjacent runway Moffett Federal Airfield which also belong to NASA. Inside the research park the Ames Research Center is situated, and to enter there was  thorough identification verification and escort both in and out - every day.

Madhav Mishra is almost lyrical when he talks about the high-tech business environment, he ended up in during his three months with NASA. The research center is namely the heart of Silicon Valley and is surrounded by IT giants like Google, Facebook, Apple and other known global companies.

- I was really lucky that I got to spend three months among these companies. I actually got the chance to visit Google headquarters. Imagine any well-known American company with activity based on the new leading-edge technology, they have their headquarters or research here, he says.