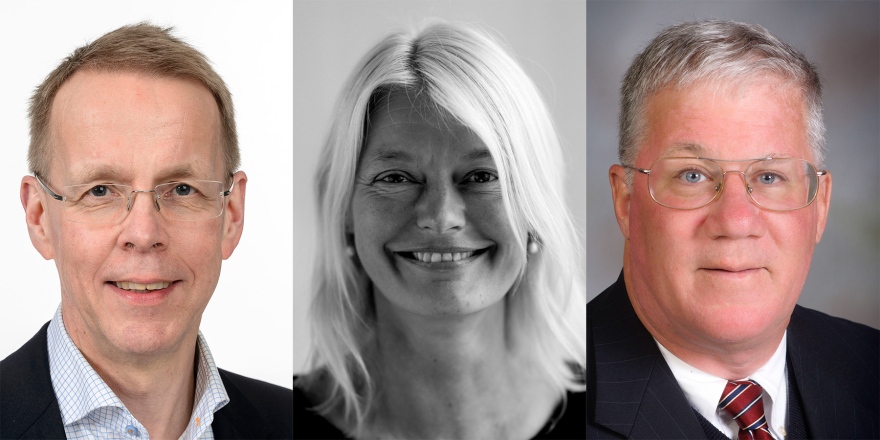 Every year, the teachers and researchers at Luleå University of Technology appoint Honoray Doctors. The appointment is part of the university's quest for openness and contacts outside the academic world.

He graduated with an MD in 1984 and defended his thesis at Umeå University in 1985. A large portion of his research is based on clinical work and includes people with stroke, spinal cord injury, traumatic brain injury, post-polio syndrome, multiple sclerosis, Parkinson’s disease and neuromuscular diseases.

Jan Lexell was one of the driving forces in the development of the Department of Health Sciences in Boden, and later Luleå. For a long time he has collaborated with researchers at Luleå University of Technology, mainly in the field of rehabilitation, and has worked actively to strengthen the links between the university and Norrbotten County Council.

Jenny B Osuldsen is a Landscape Architect educated in Norway (MLArch) and in the USA. She joined Snøhetta, an internationally renowned practice of architecture, in 1995 and has since then had a central position in developing the landscape architecture department. She has been involved in many of Snøhetta’s designs, both in competitions and in a wide range of projects. In Norrbotten, she has been involved in projects like the Tree Hotel in Harads and the upcoming rebuilding of the block near the current firestation in central Luleå.

She is Professor in Landscape Architecture at the University of Life Science at Ås, in Norway and Visiting Professor at Ax:son-Johnson Institute of Sustainable Urban Design SUDes at Lund University.

Jenny B Osuldsen was the Managing Director when Snøhetta opened its office in New York City in 2006. Snøhetta is renowned for projects like the new Opera house in Oslo, the 9/11 Memorial Museum pavilion in New York City and the Library of Alexandria.

Geoffrey Vining is Professor of Statistics at Virginia Tech in the United States and a highly accredited and acclaimed researcher in statistics.

He is an internationally recognized expert in the use of experimental design for quality, productivity, and reliability improvement and in the application of statistical process control. Vining has extensive consulting experience, most recently with NASA and the U.S. Department of Defense.

In 2015, he received the Box Medal from the European Network for Business and Industrial Statistics (ENBIS). The Box Medal recognizes each year an extraordinary statistician who has remarkably contributed with his/her work to the development and the application of statistical methods in European business and industry.

Geoffrey Vining is a true friend of Luleå. In 2007 he was a guest professor at Luleå University of Technology and he has thereafter visited the university on several occasions, to hold lectures at graduate courses and to be an opponent or member of the Examination Board when assessing a doctoral thesis.