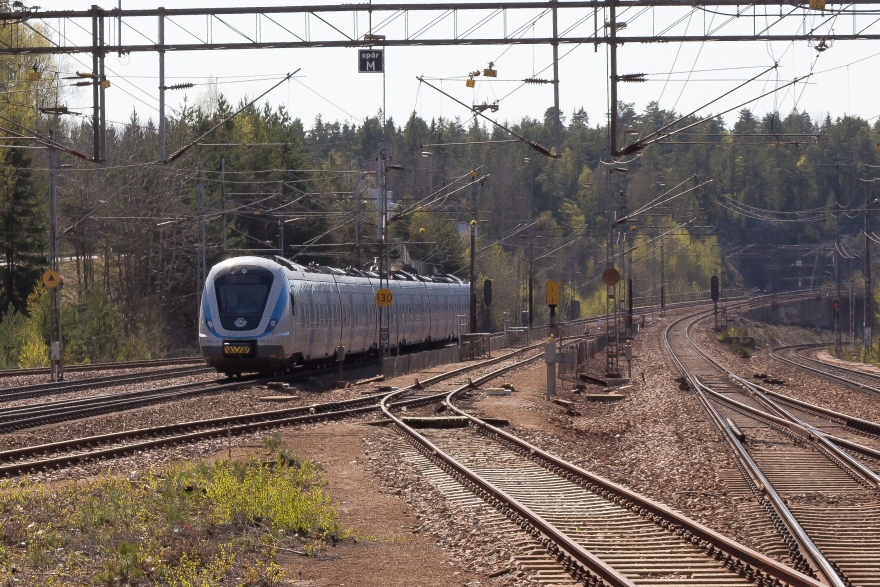 The rail routes where the new technology and working methods are introduced in order of priority, are Ostkustbanan (Sundsvall-Storvreta), Västra stambanan (Stockholm and Gothenburg) and Södra stambanan  (Järna-Höör).

– We have a railway lab at Luleå University of Technology without parallel in the world. We measure in real time everything that happens on Swedish railways by collecting data from measuring stations on vehicles and tracks along the entire country. All railway operators that are connected in this system have access and can exchange information from different sources, which provides better opportunities for preventive maintenance and thus more punctual trains. It is this system that are now being introduced on high-traffic railways in southern Sweden, says Ramin Karim, a Professor at Luleå Railway Research Centre (JVTC) at Luleå University of Technology.

Many different players on the railway

About 20 years ago the railway was deregulated and the Swedish railway system was competative exposed on the market. The state owns the railway infrastructure and there are a variety of contractors and operators in different parts of the Swedish railway system. Someone owns the locomotive, someone owns the wagons and large and small enterprises are responsible for different parts of the maintenance and production of vehicles and infrastructure.

Meanwhile, the Swedish railway system have capacity shortages, aging equipment and vehicles with great weather sensitivity. The pressure on the rail system is large, travel and transport increases and the system begins to reach the limits of what it can handle and the problems of train delays and canceled train travel increases.

The EePilot project aims to develop a platform that is based on information and communication technology (ICT) for the railway's various stakeholders. This is to be able to exchange and use data for preventive maintenance of railroads, locomotives and wagons - for the whole railway system best. The project will reduce the problem of traindelays and costly maintenance.

– We want to introduce ePilot on all rail routes in Sweden, but we start with Ostkustbanan and then Västra stambanan and Södra stambanan. The aim is to get more punctual trains at a lower cost, says Peter Söderholm, researcher at the Swedish Transport Administration. 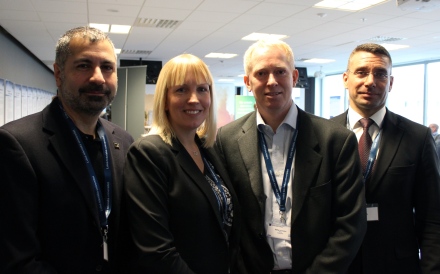 Trafikverket has decided to finance the ePilot platform further by 12 million. JVTC at Luleå University of Technology will operate the ePilotprojektet. Additional funding for the improvement of the railway infrastructure linked to the ePilotprojekt will be possible.

SJ AB (SJ) has participated in the pilot project on the railway between Boden-Luleå and looks forward to the results of the application along Västra- and Södra stambanan that is frequently used railways by SJ, and where the results of the projects can be most effective.

– Today, there are various problems in these railway sections which enables us sometimes to reduce speed on some sections. We hope that the project ePilot allows us and Trafikverket to start measuring better as well as measuring the right things. Then we can determine what new quality levels we should have, in order to act and take preventative measures before we have a problem that force us to reduce speed or in the worst case, short-term need to shut down certain railway sections, says Pär Söderström, Technical specialist - Mechanical systems at SJ. 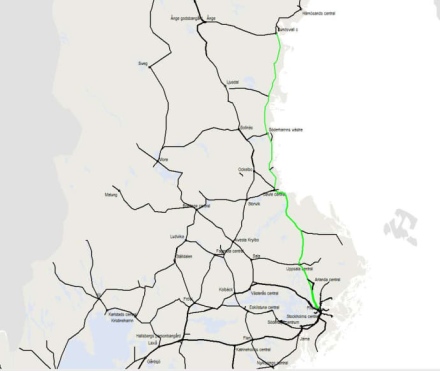 Infranord, a state own company that builds and maintains railways, including Ostkustbanan (Sundsvall-Storvreta), is looking  forward to the new technology solution with the open exchange of knowledge, on the railway.

– Collaboration allows us to get much better indication of when something is wrong in the railway system, and then we can be on site more quickly and fix errors before they become acute, so that and parts of the railway must be shut down, says Roland Bang, product and method developers Infranord.