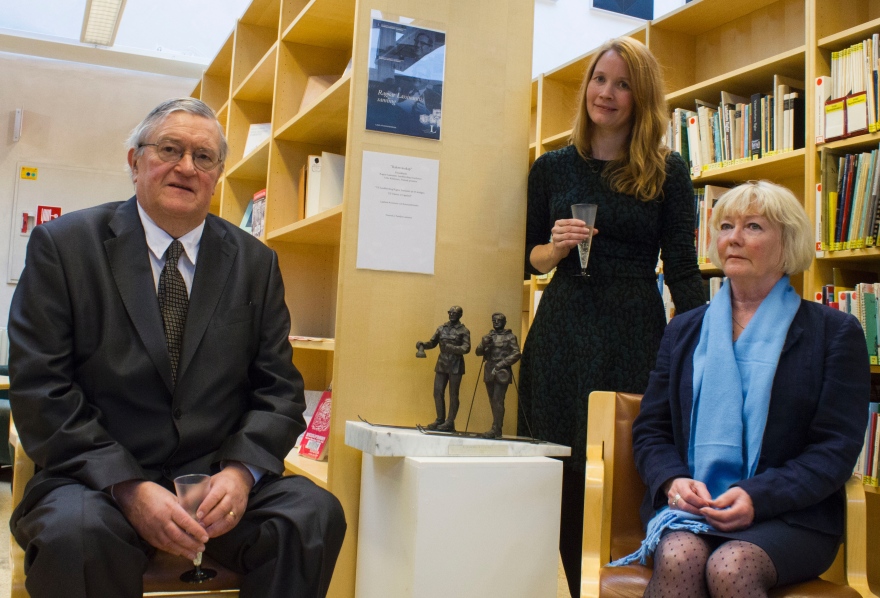 Gunnar Lassinantti reprecenting siblings who donated the statues of govenor Ragnar Lassinantti, Jenny Samuelsson, head of the university library and Marit Lamberg from the Norden Association. 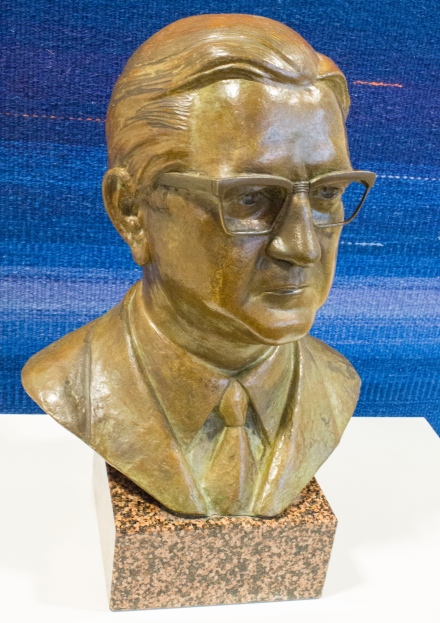 - We have had these statues, they were part of the private collection, and we the siblings talked and thought this would be appropriate to donate to the university where the other collections from Ragnar are available. I suggested that we should connect the donation to Ragnar's 100th day, Sunday, September 20th and for that simple reason we are here today, says Gunnar Lassinantti, son of the legendary governor of Norrbotten.

Two different sculptures where Ragnar Lassinantti is portrayed, which one along with the former Finnish President Urho Kekkonen, have been donated by siblings Lassinantti. The gifts complements a third already in the collection. All the sculptures are created by the artist Ensio Seppänen from Kemi. He was an unusually prolific artist who created 127 public sculptures. "A Finnish recordman" wrote the newspaper Helsingin Sanomat in an article in September 1984. It was during his first trips to southern Finland, just after World War II, that Ragnar Lassinantti became very interested in sculpture, among other things fascinated by the famous sculptor Väinö Altonen.

But it was Ensio Seppänen, who became his favorite and the inspiration for various initiatives of embellishment. As a new governor in 1971, he for example initiated a regional gift called "gränslek" to Tornio City's Victoria Square. A similar initiative of Lassinantti with a statue of Mr Seppänen was honored northern Norway city Vadsö. But he also got himself gifts created by Ensio Seppänen. On his 60th birthday he was given an artwork by the Lapland Regional Council representing himself on skis in the company of Finlands, of that time, president Urho Kekkonen. 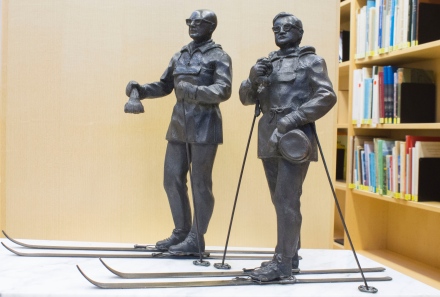 - It was Kekkonen on his ski holiday in late spring always came to Kilpisjärvi in ​​Northern Finland and skied to the lake Porojärvi. Our father was one of several that were invited to participate and the sculpture depicting the close contact and friendship between them, says Gunnar Lassinantti.

It is this and another sculpture siblings Lassinantti donated to the library at Luleå University.

- By the gift our collection of literature and texts that belonged to Ragnar Lassinantti has become more complete. It is with great gratitude that we accept it and allow thus the sculptures to become available to a wider audience by being included in our exhibition at the library, says Jenny  Samuelsson, director of the University Library at Luleå University of Technology.