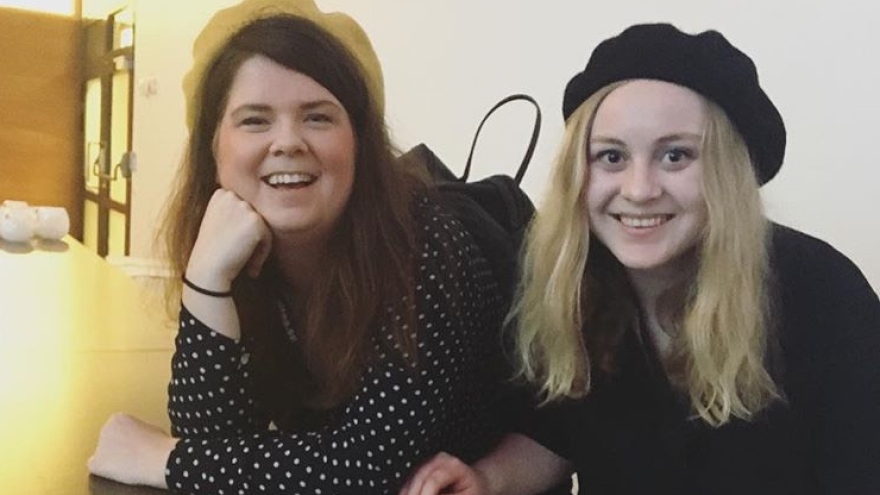 At the end of March, it will be revealed which of the nominees will win Guldspaden's student prize. 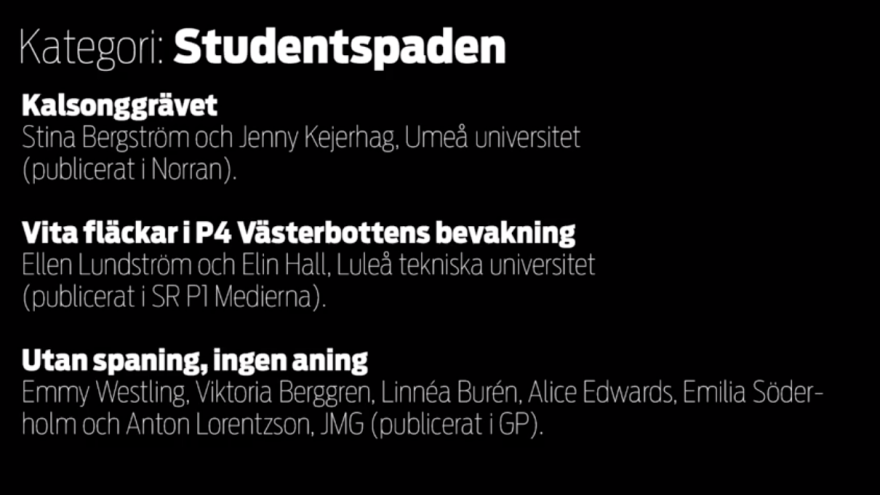 – Elin Hall and Ellen Lundström have examined about 1000 news segments in P4 Västerbotten. It turns out that Umeå and Skellefteå dominate the overall news coverage. Some places are not mentioned at all. It is a very straightforward investigation, said Bertholof Brännström, convener of the Goldspade jury, when the nominations were presented on Thursday.

Three grants, from Luleå University of Technology, Umeå University and JMG at the University of Gothenburg, are nominated in the new category Studentstpaden. Guldspaden is one of Sweden's foremost journalist awards and the winners will be presented at the annual seminar for investigative journalism, which will be held in Borås at the end of March.

Ellen Lundström, who comes from Malå, and Elin Hall, Brösarp, study at Luleå University of Technology's Bachelor programme in Journalism and media. They did their investigation during a course in investigative journalism. The review led to a feature in Swedish Radio's "Medierna" this summer, and now also to the opportunity to win one of Sweden's leading journalism awards.
– It's great. We didn't know when we started the review that it would be this big, but it is a very current issue. Both Elin and I come from small towns so this is an important topic for us. We received great support from our teachers during the course, says Ellen Lundström.

Teachers Håkan Svensson and Ulrika Lindgren are impressed by Elin Hall's and Ellen Lundström's commitment:
– We are very happy that their efforts have paid off. A nomination for Guldspaden is prestigious in the media industry. In addition, their work shows differences in society that are important to highlight.

Two former students from Luleå University of Technology's journalism programme, Erik Strömberg and Therese Nilsson, are also nominated for this year's Guldspaden. They have the chance to take win the category of "smaller daily newspaper" for the review Faxeholmen and the corruption in Söderhamns-Kuriren/Helahälsingland.