Researchers at Luleå University of Technology will produce electricity of leftovers 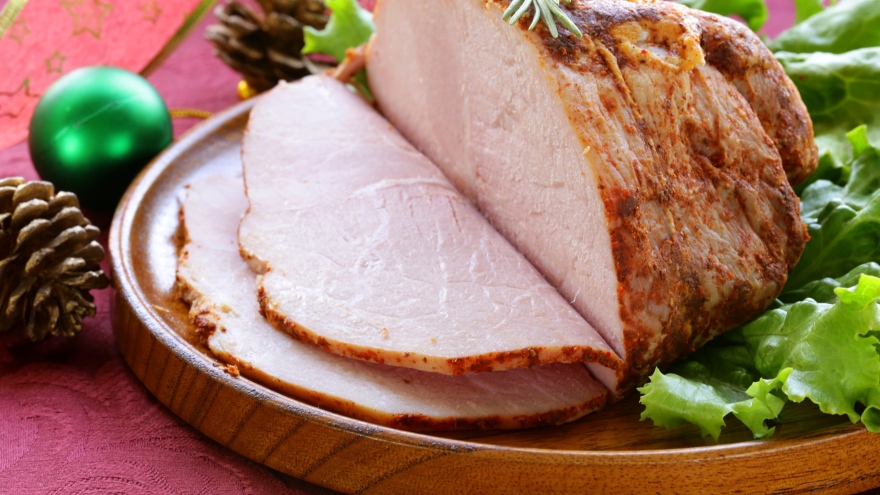 Scientists Adolf Kriege, Leonidas Matsakas and Magnus Sjöblom,will produce electricity from the leftovers, all researchers within the Biochemical Process Engineering at Luleå University of Technology. 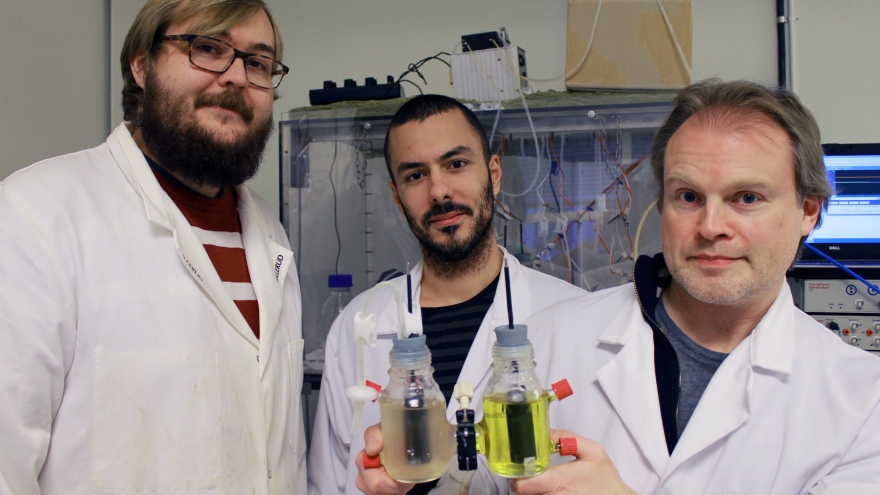 By adding bacteria to these leftover, food breaks down the organic material in the food debris so that it oxidizes. The electrons are released which give rise to a current in the electric circuit of a system. 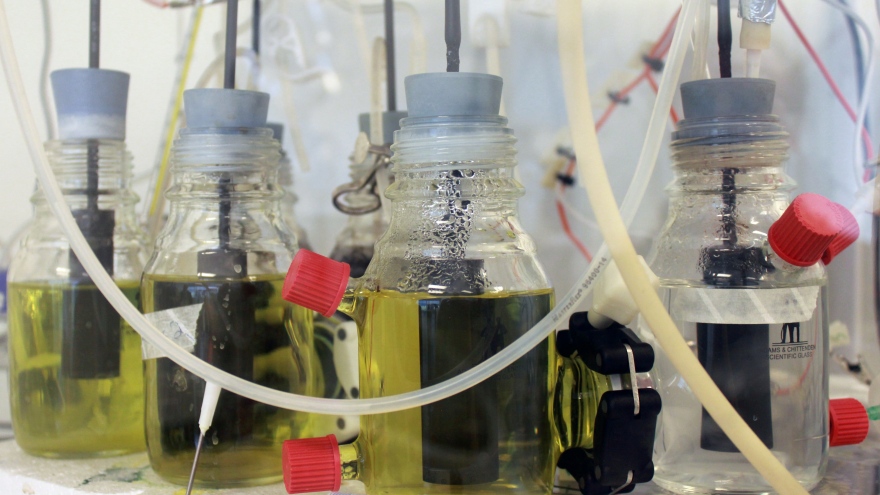 – Most importantly, of course, is if we can get this to work so well that people in poor areas in the world with inadequate power supply, can use this to get their own cheap electricity in the home as lighting, radio and charging mobile phones. Besides food waste, you can also use for example, animal wastes and animal carcasses, says Magnus Sjöblom, researcher in Biochemical Process Engineering at Luleå University of Technology.

In the chemical engineering lab at Luleå University of Technology the scientists are investigating foodwaste, both from the cooked food and kitchen waste, as a potential source for making electricity with the help of bacteria. When the bacteria break down the organic material electrons are released, which gives rise to a current in the electric circuit of the system. The process works best under oxygen free conditions.

– Our attempts to date shows that food waste delivers good energy so it looks very promising. It's very fascinating that we could take care of our own food waste and produce electricity, that we can use. Imagine being able to charge your own mobile during the night with electricity produced by your own household waste. It's probably soon possible, says Magnus Sjöblom. 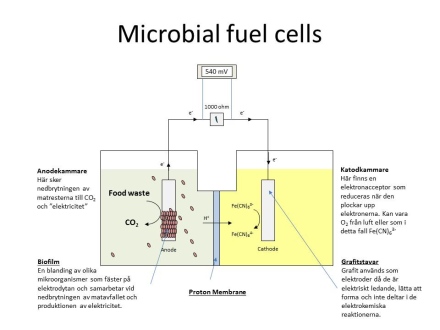 Electricity made from leftovers

Demonstration plant for electricity from leftovers

There are just a few studies in the world at converting food scraps into electricity. The major challenge for researchers in Luleå is to develop the process so that it has enough power to be profitable and applicable to common electrical gadget of everyday life. Optimization of the fuel cell in terms of its physical design and materials is important in order to reach higher power outputs and efficiencies. Different types of left overs should also be tested.

Researchers at Lulea University of Technology are also studying how the food waste should be pretreated in order for the bacteria to be able to convert it to electricity in the most effective way. The research is quite new. Scientists want as many electrons as possible to be extracted from the left overs. Unfortunately there are also microorganisms which eat the food waste without generating electricity, something the researchers want to prevent. The Coulombic Efficiency (CE) is a measure that indicates howmany of the released electrons which end up as electricity and is given in percent. In optimized systems that use a natural bacterial mixture one can expect a CE between 50-70%. The goal of the researchers at Luleå University of Technology is to harvest 80-90 percent of the teoretically available electronsfrom leftover food.

– Eventually we want to build a demonstration plant to really understand what we can achieve with these systems,says Magnus Sjöblom.