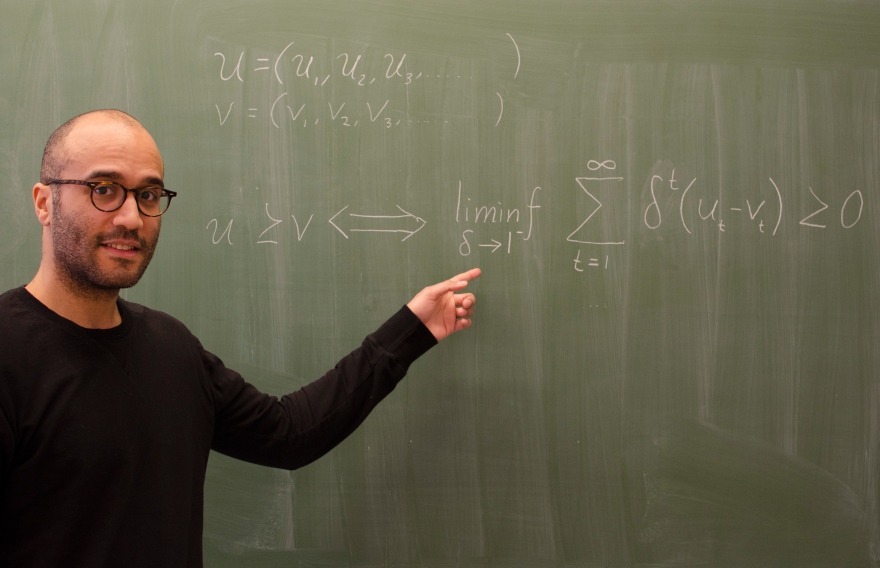 According to Nationalencyklopedin discounting can be described as a calculation of the present value of future payments, for instance used in investment calculations. If for example an amount is paid out with SEK 100 in three years and the annual interest rate is 5 percent the discounted amount or present value is:
100 / 1.05 3 = 86.38.

Adam Jonsson, Senior Lecturer in Mathematical Statistics at Luleå University of Technology, has studied criteria for intertemporal choice together with Mark Voorneveld, assistant professor at the Stockholm School of Economics. Their article The limit of discounted utilitarianism deals with the problem of how to define decision criteria in a context where the time horizon is unspecified.

Utilitarianism is the moral theory which says that it is the total welfare of society that should be maximized. If society consists of infinitely many generations, the concept of total welfare becomes problematic. The results that Adam Jonsson and his colleague have presented challenge earlier theories of intertemporal collective choice.

– One might say that we have found a generalization of utilitarianism that treats generations equally, is widely applicable and hangs together in a mathematically satisfactory manner.

– There is a conflict between the principles we have introduced and established concepts of intergenerational justice. The question now becomes which theory society should take seriously. The established concepts might look good on the surface, but they are based on intuition and are not supported mathematically in the way that our theory is. My impression is that earlier literature has focused on concepts of intergenerational justice that do not have anything to do with justice, says Adam Jonsson.

The new theory came about after a colleague needed help with a problem of how to compute optimal replacement times for technical equipment. A while after Adam Jonsson had solved the problem, it struck him that it should be possible to generalize the solution method and that the approach could be used in the context of future generations.

– The approach can be described as limit-discounting: you discount and then let the discount factor go towards one. It is a natural approach, so I was surprised to find that it had not been used in the context of future generations. It was relatively easy to show that the method is widely applicable, to show that it leads to a satisfactory theory took longer time.

Adam Jonsson think it will take several years before their ideas will have an impact, and he also sees more opportunities.

– Besides trying to overcome the shortcomings of the existing literature, I hope to show how the principles we have introduced can be used in, for example, discrete dynamic programming.