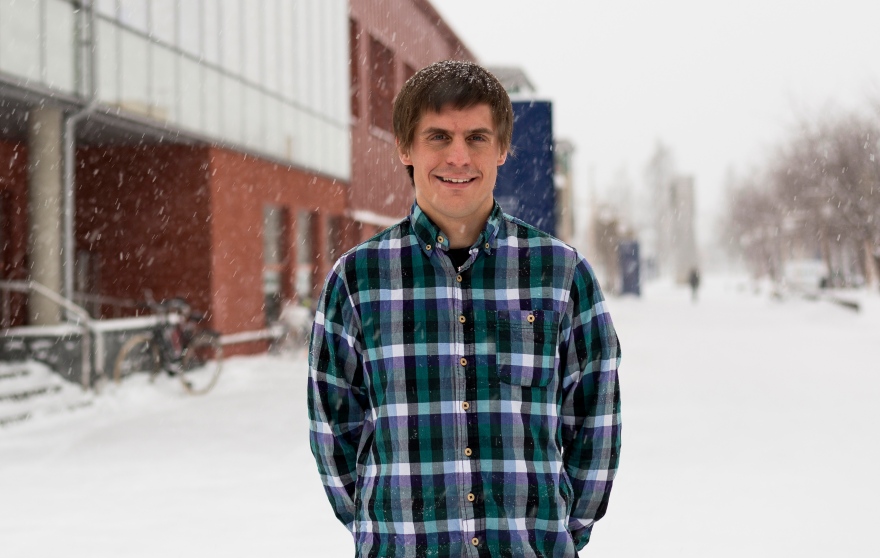 The motivation for the price

The award of the Student Union of Engineering at Luleå University of Technology to the best teacher in 2017 is awarded to Daniel Hedman with the motivation:

Daniel Hedman possesses a phenomenal pedagogical competence and shows true joy when teaching. He is always well prepared for lesson passes and will gladly stay afterwards to answer questions. Even outside the classroom, students feel confident in asking for help and that Daniel always takes time for their problems. Daniel is a great motivator since he is keen to tell about his research in a way that captures the students and motivates them to conduct research themselves in the future.

1. Show interest in the subject you teach.
2. Share your research with the students.
3. Take time to help the students. However, it is a balance, let them also collect knowledge and come up with their own solutions.

– It feels great to get the price! I had never expected to get the award as the teacher of the year. It's very exciting to know that my students appreciate me as a teacher and now I'm extra motivated for the next time I teach. I would like to thank all my previous students who nominated me, says Daniel Hedman, who teaches the courses Mechanics II, Physics 1, and supvervises students who do project and thesis work.

Daniel Hedman works as a doctoral student in Applied Physics. He succesfully combines both roles by communicating his enthusiasm for research to the classroom as well. And he likes when the students put him to the test.

– The best thing about working as a teacher is the interaction with the students. I am always pleasantly surprised by the students' clever questions that force me to think extra hard. It's a great feeling when students solve difficult problems by combining their own ideas along with the knowledge they learned in the course.

Daniel Hedman thinks it is important to show interest in the subject you teach, even it differs from one's research area. It is important to give the students the right amount of help but ultimately, they must find the knowledge they need to solve new problems they encounter.

Nils Almqvist, Associate professor of Experimental Physics, is a teacher colleague who meant a lot to Daniel.

– Nils has been my role model and mentor ever since I started teaching. He enjoys to share his educational skills and is open to suggestions for new ideas to the course Mechanics II that we teach together. So thank you Nils!

What made Daniel Hedman choose the academic career is that he has always been interested in science, especially physics.

– When the university applied for doctoral students to Applied Physics, it was obvious to me that I should apply! Especially since the project was about performing numerical simulations, which fits perfectly with my other great interest – computers.

Daniel Hedman works in the Department of Materials Science, which researches new exciting materials such as high entropy alloys for extreme applications, 3D-printed titanium for for space applications and new nanomaterials for next-generation of solar cells.