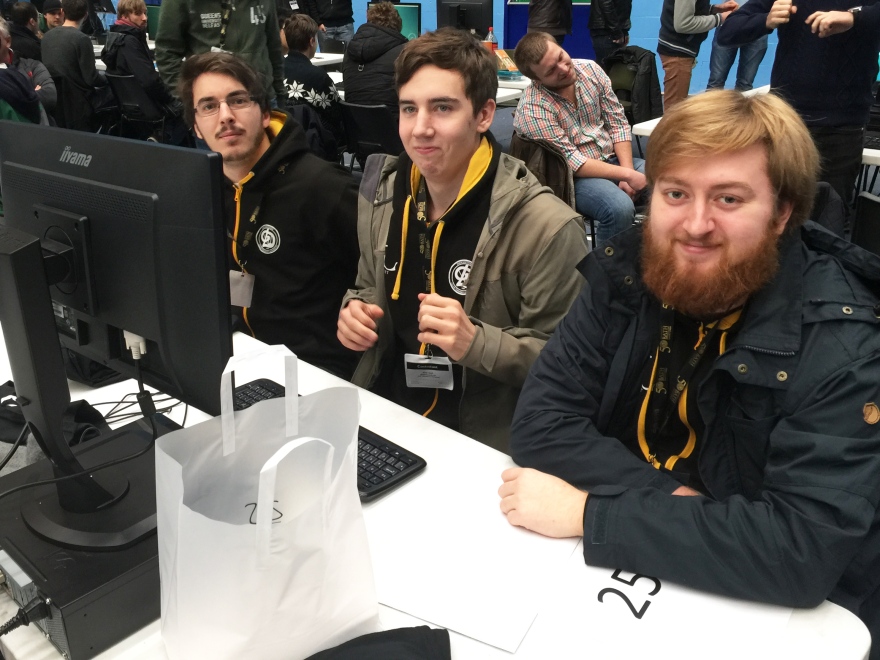 The students in Computer Science and Engineering at the Programming Contest in Bath. Photo: Marcus Lund View original picture , opens in new tab/window

In the Northwestern Europe Regional Contest, NWERC, teams from universities and colleges all over northern Europe are participating. At stake was a ticket to the world finals, the ACM ICPC World Finals. That ticket was unfortunately not given to the team from Luleå University of Technology, but they learned a lot from the experience.

– It was fun to meet so many different nationalities and so many people with similar interests as yourself, says Marcus Lund who was the team's coach during the trip to Bath. 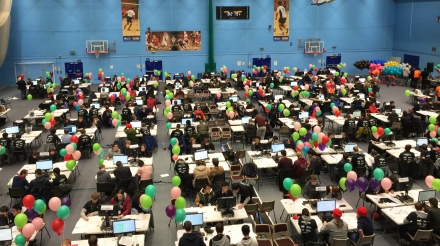 When a team passes a task, they get a balloon tacked at their table. Photo: Marcus Lund

Competing in programming is about problem solving by using computers. Each team has access to a computer, a keyboard and a mouse. During NWERC 2016 the teams were given ten assignments and the tasks should be solved as quickly as possible and in as few attempts as possible. Overall, the teams had five hours to solve the tasks.

– We split up the work, one person was coding and the others tried to solve the problems. We even ate in shifts in order not to lose time, says Edwin Åkerfeldt. 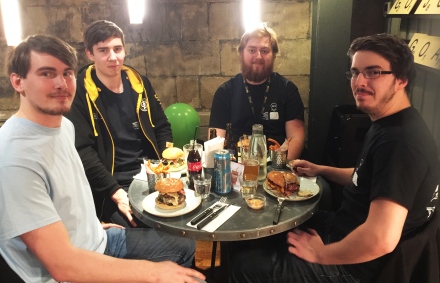 When a team solved a task correctly, they received a balloon at its table.

– It's a special feeling when more than one hundred teams sit and solve the same tasks simultaneously. And after spending a whole hour thinking about a problem, it's a really nice feeling when you finally solve it, says Edvin Åkerfeldt.

Is it possible to practice for this kind of problem solving?

– Yes absolutely. Online there are assignments available from previous years' competitions. We practiced before the competition but it was obviously not enough, says Edvin Åkerfeldt.