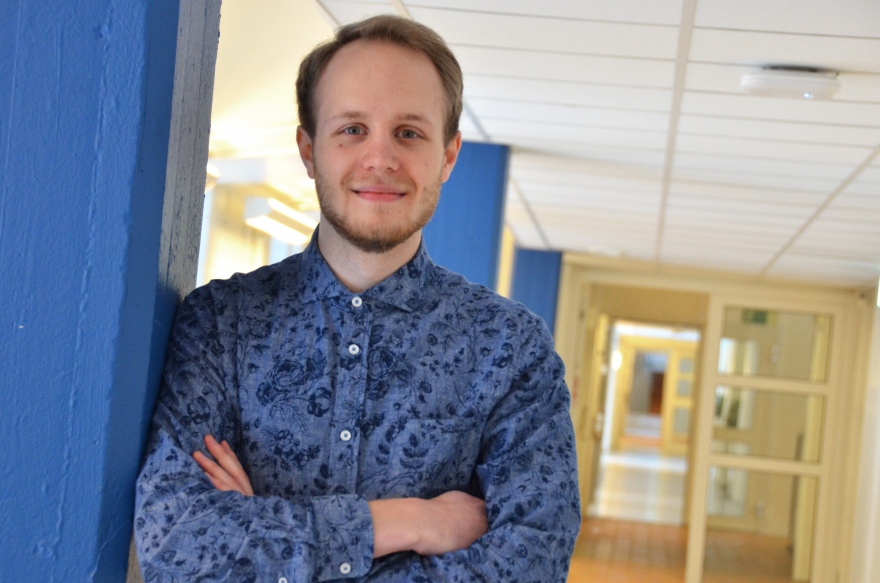 Can a computer like a trained ear – by listening to a vibration signal – decide whether a bearing is functioning or broken? It was this issue among others that Andreas Ternstedt wanted to solve when he went to the Institute of Neuroinformatics in Zurich and the research group in Neuromorphic Cognitive Systems, NCS.

– NCS has developed a highly energy-efficient processor called the Rolls. It is a neuromorphic processor, ie its architecture mimics the human brain's characteristics, says Andreas Ternstedt.

– And yes, the processor's network could distinguish between a functioning and a broken bearing. The processor consists of neurons connected with synapses. It is designed for pattern recognition and therefore good at interpreting reality.

Andreas Ternstedt spent five months in Zurich and gained a unique insight into the work of future computers. At NCS physicist, engineers and biologists are working side by side to develop artificial intelligence.

– We will probably not be able to change digital technology to this type of processors, but it can act as a complement. In 30 years when we have learned to combine these two methods, it can be really interesting, says Andreas Ternstedt.

Compared to a digital system, which can only count one step at a time, a self-learning neuromorphic system can handle much greater complexity.

– I am convinced that more intelligent and thinking computers can benefit mankind in the future. For example, it can contribute very positively to the use of prostheses in combination with our nervous system.

How was it to do your exam thesis in another country?

– It was a good experience that I can really recommend, you get experiences you can not get at your own university. For example, I worked very independently in Zurich and got perspectives on how academia works. It is also useful to get to meet other cultures and realize that we are all quite similar.

Andreas Ternstedts travel and work is funded by a grant from Luleå University of Technology under the project Bio-inspired computing and novel technology for networks of tiny wireless sensor devices, which is funded by Stiftelsen för internationalisering av högre utbildning och forskning, STINT, project IG2011- 2015.