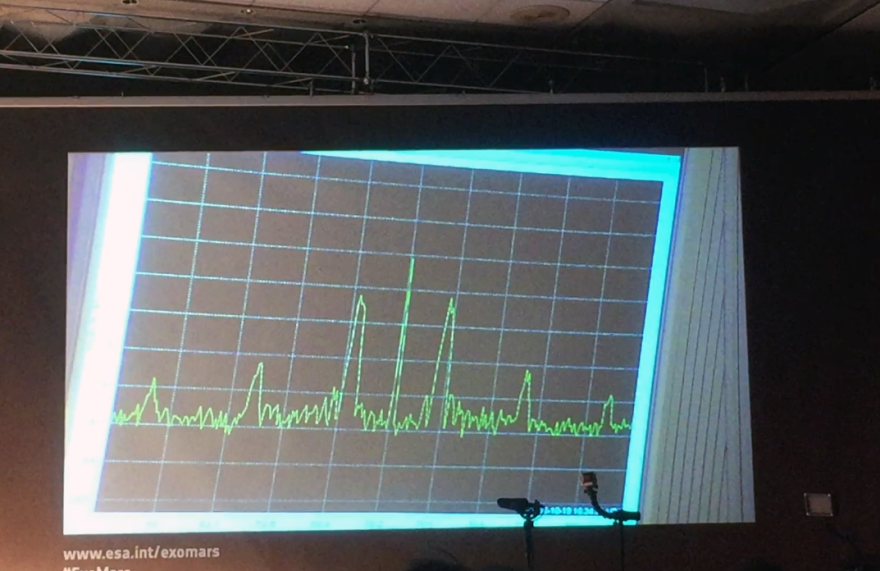 – We had the chance together with our colleagues in the ExoMars project to live together the exciting moments of expectation and stress until we were able to see on the screen the vital signal that was telling us that the spaceprobe, Trace Gas Orbiter (TGO) was in orbit around Mars. This has been a great success and is very important for our ongoing and future research on the habitability on Mars, says Javier Martín-Torres, Professor in Atmospheric science at Luleå University of Technology.

At Wednesday evening, October 19th, the Luleå University of Technology space scientists, Professor Javier Martín-Torres and Professor María-Paz Zorzano were invited to ESA's Space Operations Centre (ESOC) in Darmstadt, Germany to follow a very exciting and important event. The event consisted of three parts: the drop-off of the lander demonstrator Schiaparelli, the insertion into Martian orbit and the entry-descent and landing of Schiaparelli. All the first stages of these operation were successfully achieved, however during the end of the descent phase, Schiaparelli sent telemetry data to TGO, then there was lost of contact before landing.

However, this was something the scientists at ESA anticipated could be the result. During the landing attempt, however, ESA received important information for the planned ExoMars 2020, when a European craft shall be placed on the surface of Mars, including Luleå University of Technology´s measuring instruments HABIT, in order to evaluate habitability on Mars. All data were recorded from Schiaparelli during the landing process on Wednesday until communication with the craft was lost, and ESA will use them for ExoMars 2020 preparation.

But the mission had another important task besides landing on Mars, which was to put another important space probe in orbit around Mars, called Trace Gas Orbiter (TGO). TGO will act as the relay of communications for HABIT and all the instruments in the ExoMars 2020 Surface Platform and rover. Researchers at Luleå University of Technology are co-Investigators of one of the critical instruments of TGO, whose main goal is to detect the elusive methane traces that have been observed occasionally and may be an indicator of life. For these researchers and the development of the ExoMars 2020 mission, and LTU´s HABIT instrument it was very important that TGO entered successfully into the orbit of Mars.

– That part of the experiment was crucial for the development of the ExoMars program. Without the Trace Gas Orbiter (TGO) in orbit, we would not be able to transmit data from the instruments on Mars to Earth when ExoMars lands in 2020. Now we have the connection to send our measurements from Mars to Earth and also, for example, we will be able to upload our commands from Luleå to HABIT on the ExoMars 2020 platform. By managing this we have the green light to ExoMars in 2020, says Javier Martin-Torres.