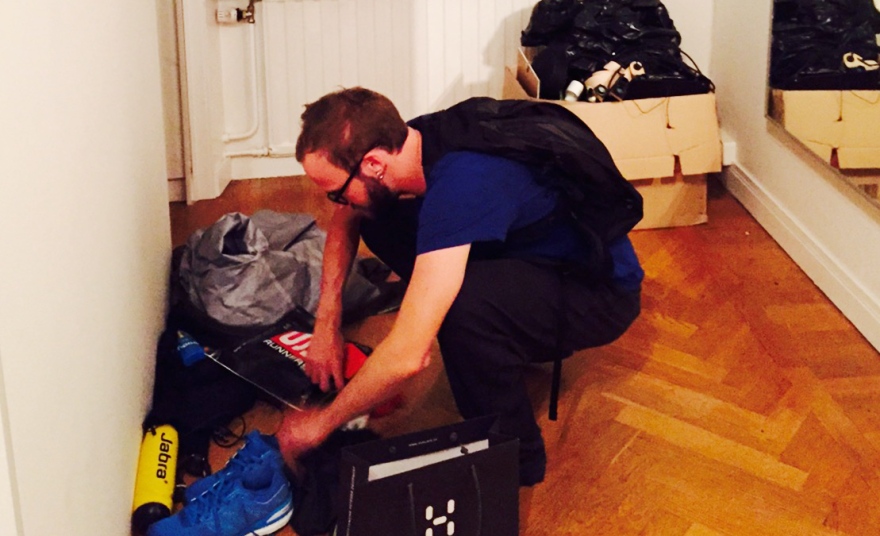 Jonas Bergström packs before 20 marathon going up to light the conference the power of light.

- We were talking about that we should do something to raise money, we felt that it would not suffice the sum we ourselves can afford to avvara.Vi talked about the power of light and realized pretty soon that it was almost exactly 20 marathon between My apartment in Old Town and Piteå. My colleague Richard asked if I would be able to run up. It did not quite impossible, I thought ... Someone half hour later we were out in public with the campaign.

Which moment in the refugee crisis has influenced you most in the past month?

- There are several moments. Pictures which clearly show the panic in people's eyes, helplessness, how they are forced to undress her dignity before different authorities. But it is true that this legendary picture of Alan, this is so terribly sad fate, was the final trigger. It was like the time simply, it was impossible to back away. It was at that moment I realized that this could be my cousin or my colleague's son. The reaction came naturally, so that all the important feelings do.

What is the biggest challenge in this? What's the longest you've run in the past?

- The challenge is all the pain and to convince the body to continue when it certainly did not want to. I löptränar about 10 mil a week. The longest I have run before a marathon. But I'm a decent runner, do the mile in about 35 minutes, and of course I am going to conserve more with forces than what I normally do in a race. The set-up is about 2 mil in the morning, late lunch and rest, followed by about 2 mil to the afternoon. In this way I hope to take me all the way into the net without breaking either in the body or head.

How do you help your running refugees from Syria?

- Direct the money in full go to the Red Cross. But the idea of ​​running for 20 days is also to create and maintain momentum in the campaign. To show that we do not make a quick donation and then forget about it here. In many ways, it is up to you, to all who contribute in different ways, to decide how my running can help. The more people who actively contribute and follow your run, the larger the spread, the and the more direct help, we contribute.

If you want to support the collection go here
Red Cross