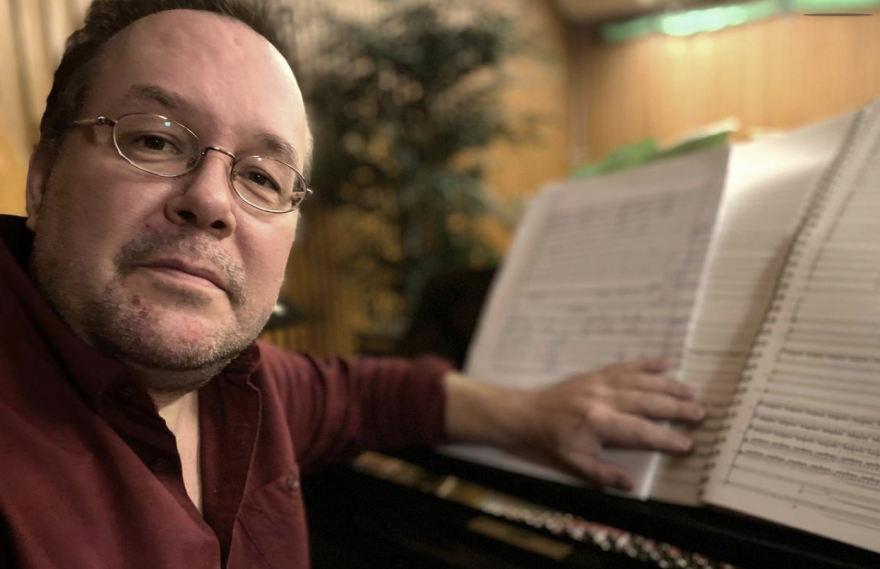 – During the anniversary year, the work will be performed by musicians several different genres, ranging from classical to jazz to folk music, says Fredrik Högberg, senior lecturer in composition at the School of Music in Piteå, Luleå University of Technology.

Was performed on the festive gathering

His work will be performed in all contexts in which the anniversary is celebrated. In total, it will be played in public about 50 times in 2021. The work was premiered 30 November by Stockholm's brass quintet in connection with the academy's holiday. On February 10, it will be performed by 20 different ensembles simultaneously in different places throughout Sweden.

The work will be performed by, among others, the Radio Symphony Orchestra, Bohuslän Big Band and several symphony orchestras in the country. A Renaissance ensemble will complement its interpretation with an 18th century text.

– It is a challenge, but a fun one, to write a work that will be performed in so many different genres and instrumentations, from everything from small ensembles to entire symphony orchestras and big bands. Since the piece has a distinct theme, I give the musicians a lot of room for their own interpretation. There arre slight traces of late 18th century music, perhaps you can recognize a little Mozart or Haydn here and there. It's exciting that the work will sound different depending of the performer.  It's really cool that the work will get its own life!