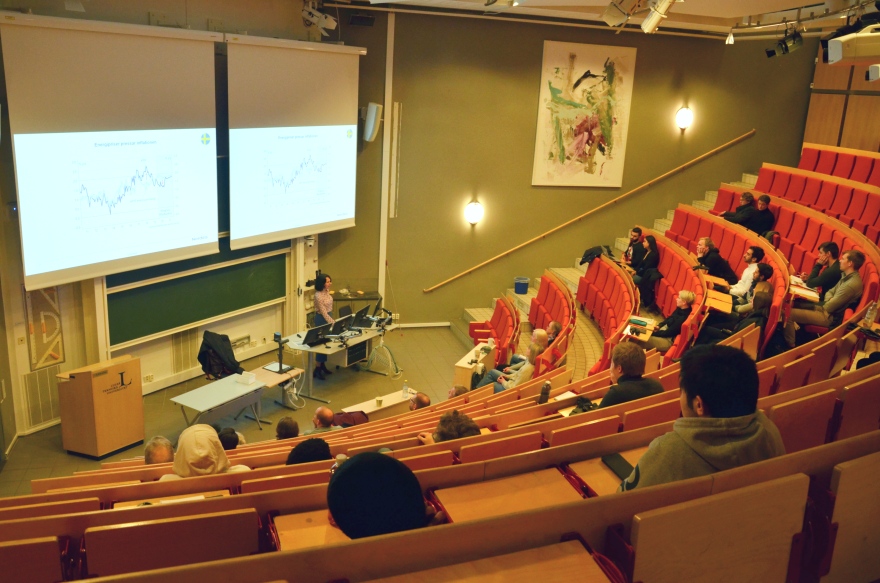 Annika Winsth talked about various factors that affect the economic situation, such as the corona virus, debt and the business cycle. She says, among other things, that Upper Norrland has less debt than other regions in the country and that the economy here is better than in the whole country. Despite this, the audience is worried about the private debt, the loans you take yourself. Annika Winsth replies that it is obvious that if you can borrow money almost for free, then you probably feel that you need a slightly bigger apartment, a newer car or a holiday abroad.

There are also many young people who are indebted, but Annika Winsth thinks that if you as a young person should be indebted, it should be because you have invested in an education.

Annika Winsth wants the students at Luleå University of Technology to be aware that it looks bright right now, brighter than it has been in a long time, when it comes to, among other things, the business cycle. She also points out that it is important to gather basic knowledge of the economy and to be aware of what is happening in the economy.

- It is the younger generations who have to pay if things go wrong, which is why it is important to keep up with the changes.