Isac Elmehög would like to work in identity design after his studies, which can include designing a logo and choosing profile colors and fonts that correspond to an organization's values and goals. Photo: Emma Lindmark 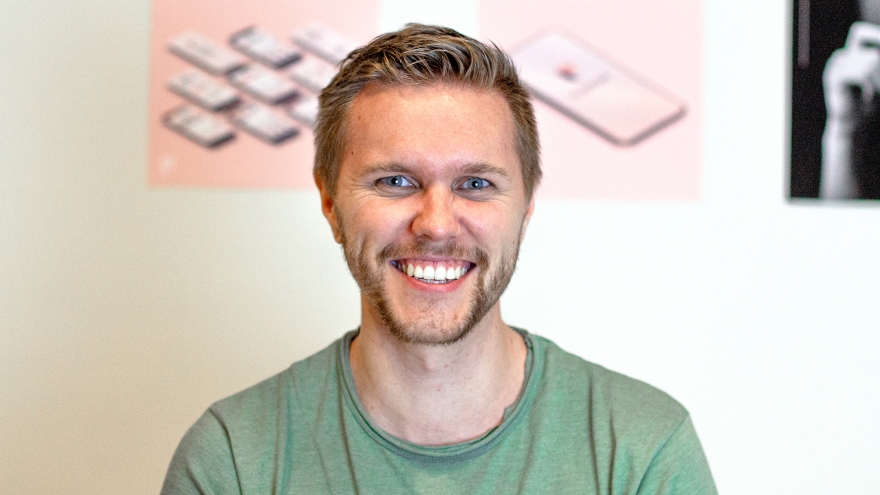 Niki Sundberg has made a board game about sexuality and norms aimed at young people. Photo: Emma Lindmark 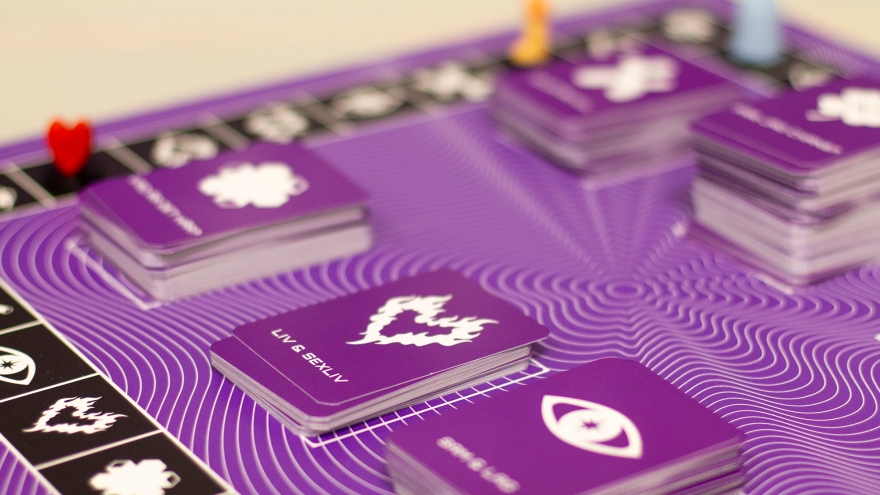 Emma Lindmark Has explored the church's expression throughout history from a norm-critical perspective. Among other things, she has made a portrait of the historical Jesus as he may actually have looked in contrast to the whiteness norm of church history. (From the 2021 student exhibition) Photo: Emma Lindmark 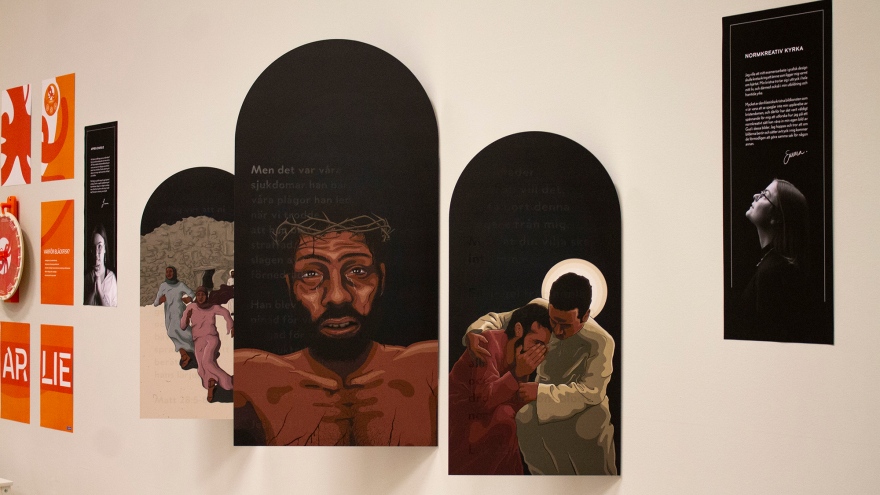 Ida Eriksson has written and designed a book about so-called greenwashing, that is, companies want to appear as environmentally conscious even though they are not. The book explains various eco-labels and methods that companies use to "deceive" the customer. The book is only available in one copy and is intended to be forwarded, as a chain letter. Photo: Emma Lindmark 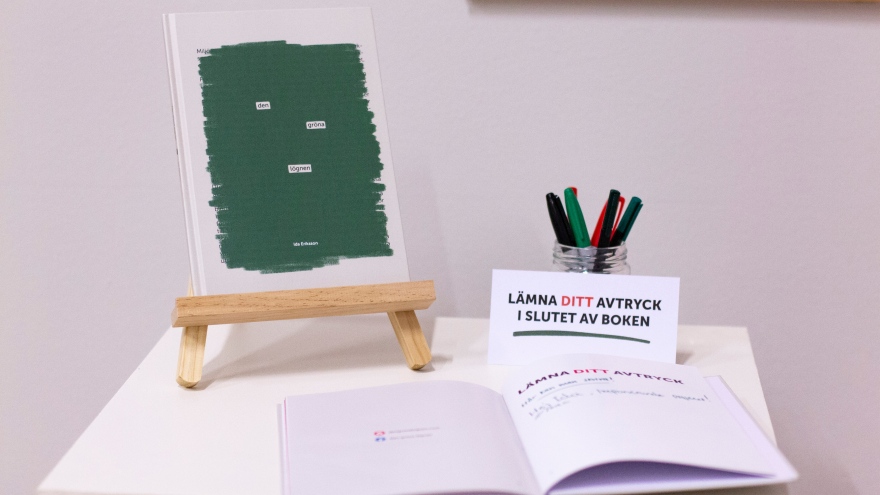 Isac Elmehög has developed the app "Plånkan" - a cognitive aid that visualizes how much money the user has instead of entering the sum in numbers. You can choose visualization based on your personal preferences, such as pictures of money or a horizontal meter that shows the total amount of money.

In the Bachelor of Arts Programme in Graphic Design at Luleå University of Technology, students work a lot with norm-critical perspectives: How can graphic design be used to challenge norms in society and make it more democratic? With norm criticism as a starting point, Isac Elmehög used his own experiences when developing the idea for his degree project.

– My mother works at a home for people with disabilities. During my upbringing, I have met many of the them when they have visited our home. My partner also has experience of similar jobs.

Through his mother and his partner, he has understood that some people with intellectual disabilites have difficulty understanding how virtual cash works. He deepened his knowledge by taking part in research in the field. In the next phase, he conducted a benchmarking survey by mapping which aids are already on the market. He then developed a prototype which was then tested on staff and the target group.

– Through the tests, I realized that I have to use fewer metaphors and a more structured design with fewer impressions and clearer separation between functions.

Isac Elmehög sat down at the drawing board again. The idea is that the app that he now presents at the exhibition should be able to replace or be included in regular banking services.

In high school, Isac Elmehög studied music and as a child he liked to draw. It was against that background that a study counselor told him about the Bachelor of Arts Programme in Graphic Design. He is very happy with the programme. He wants to emphasize that you do not have to be an artistic talent to pass it.

– No extensive background knowledge is required to complete the education. But once you have been accepted, there is a very high level of teaching. I think you should like communication to enjoy the education, because design is very much about communication, says Isac Elmehög.

More information about the exhibition