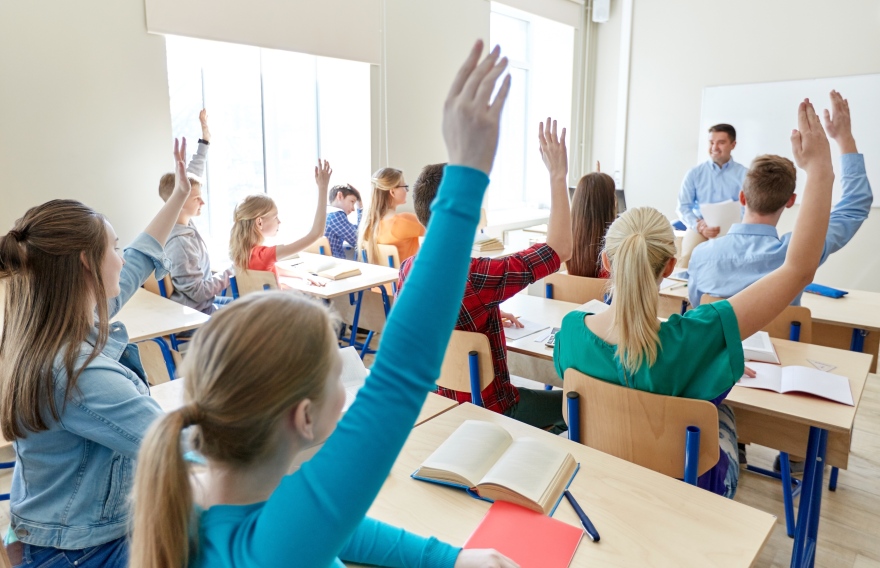 “It can be argued that exactly the same conditions have never existed in all schools – neither as a workplace for teachers nor as a training place for students. Before the communalisation reform and the independent school reform, however, it can be assumed that the equality was greater as governance and organization were more centrally regulated "

The governance of the welfare sector changed greatly in the early 1990s. In the school system mainly through the municipalisation – where the responsibility was transferred from the state to the municipalities – and the independent school reform, which opened up for private principals to run schools. During the last three decades, the employer landscape has been reshaped – Swedish teachers are today employed by a number of different actors. In addition, the independent school reform has brought about changes in the school system such as school choice, competition, privatization and marketing.

“It has also contributed to changed conditions and conditions for teachers' work. Everyone is in the hands of a market”, says Karolina Parding.

She and Anna Berg Jansson, senior lecturer in Human Work Science at Luleå University of Technology, have conducted qualitative interviews with upper secondary school teachers in the three most common “school market types" (according to the National Agency for Education's division): markets with less than 15,000 inhabitants, 15,000-40,000 inhabitants and 40,000-200,000 inhabitants.

Difficult from an equality perspective

The situation of each specific municipality is central to how teachers experience working conditions according to the researchers.

“We see differentiated conditions in terms of everything from premises, skills development and learning to student base, how easy or difficult it is to attract teachers and the opportunity to get a full-time job. It is very, very different on all levels and it becomes tricky from an equality perspective, that is, if we want a school for everyone”, says Karolina Parding.

Research also shows that the conditions largely depend on where a teacher works. Previous studies in the area have mainly been done in large cities, where the independent school reform has had the greatest impact.

“Our studies provide a picture of what it looks like in the whole of Sweden and not just in  Stockholm. In a rural municipality with high emigration and deficits for the municipality, the question is not always so much about pedagogical visions, but perhaps more whether you can afford to keep an education program for another year or not”, says Karolina Parding.

In other "school markets", researchers have met teachers who feel that they have everything they want in terms of competence development, resources and students' study motivation.

Difficult to push issues as a collective

“For the teaching profession, the very different conditions can lead to it becoming more difficult as a collective to pursue and decide which issues are most important. It is not at all the same to be a teacher here as there.”

Karolina Parding says that it can be argued that there have always been differences between schools, but that there are problems linked to the current situation.

“The governance context we have in Sweden today give results like this. It results in differentiation and heterogeneity. It is up to politicians to decide whether we should have it like this or not. But it is important to make it clear that conditions are very different.”