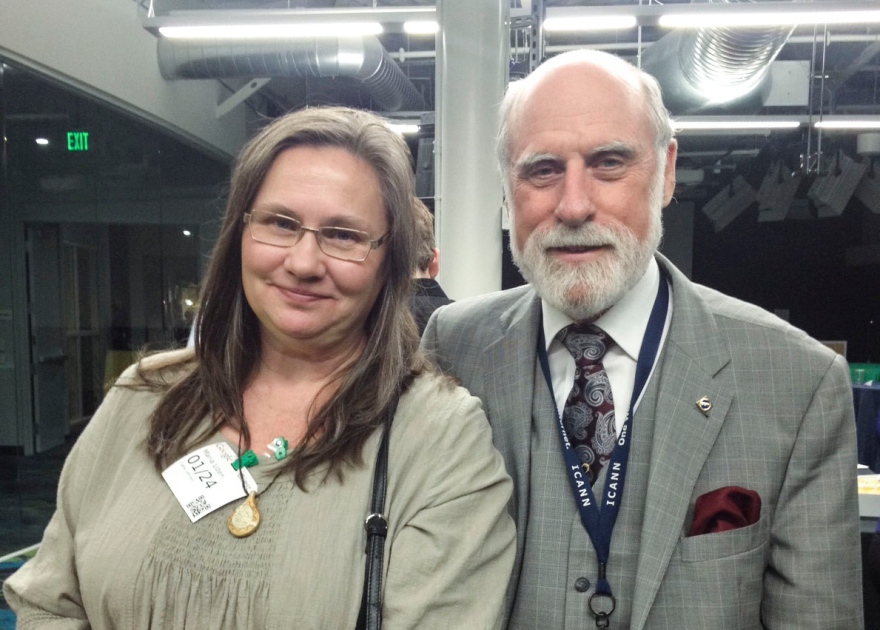 Professor Maria Udén LTU could talk about their research at the conference with Google. Photographer Lars Andersson.

- I was really excited. It was extremely fancy to come to Google and talk. The reason I got an invitation is that I for a long time worked with Vint Cerf who is honorary doctor at the our university and one of the key figures in the creation of what we now call the Internet. That he supports our research is obviously an honor, says Maria Udén.

The conference at Google was organized by IPNSIG (Interplanetary Networking Special Interest Group), which is an interest group for the networking technology in the space industry. Maria Udens research on DTN (Delay Tolerant Networking), that she was invited to speak about, is all about its potential here on earth.

- In our research, the conditions are taken from the Norrbotten mountains that has no network and how this technology can help for example reindeer herders to continue to live a traditional life in combination with a modern entrepreneurship.

Her participation in the conference at Google headquarters gave Mary Udén a variety of new and useful contacts with other speakers that she will in the future keep in contact with.

- Yes, I absolutely do. For future projects, it is extremely beneficial with these new scientific contacts.

Her research at LTU, DTN, is to put it simply a networking technology that does not require two computers in constant communication, but still allowing that data can be received and sent even in places with little or no connection. This allows the DTN to be an element in promoting social diversity. The current society is built around the urban area with a constant access to a stable network connection where the internet is used for everything from contact with the authorities to healthcare and payment of bills.

- If you live in rural areas or working in areas without internet and functioning mobile network it will become a major obstacle both in work and in private. With DTN technology we could equalize the technical injustice, says Maria Udén and she believes that technological developments must be helpful and not to impede.

- Alternative techniques as for DTN could mean that even people living outside the usual framework can be in society on an equal basis with others. I think this is important from a diversity perspective, she says.

Listen to Maria Uden lectures during the conference at Google