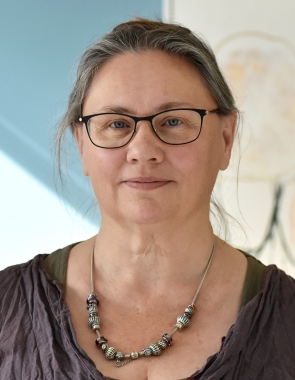 Maria Udén is a Professor in Gender and Technology and works at the unit for Industrial design. She graduated in 1988 with a MSc in Mineral Processing and Metallurgy. Her interdisciplinary doctoral thesis "Women technically speaking" was defended at Luleå University of Technology, the Department of Human Work Science, in 2000. 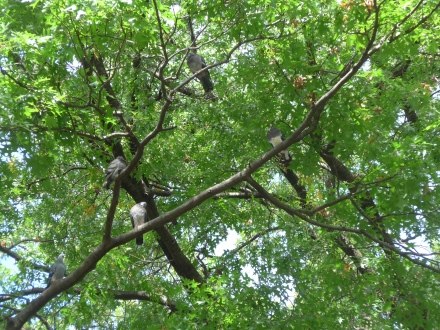 The long-term work I started as a PhD student aims at, and explores the possibilites for, combining feminist thinking and engineering science. Some of my texts elaborating this topic are provided below.

Manuscript for chapter in HOMAGE VOLUME TO LENA TROS JUNE 10, 2016
The volume was published to celebrate Lena Trojer's achievements as Professor and Associate Professor at Blekinge University of Technology.

"Textile fibers from reindeer husbandry - new opportunity for circular economy based on slaughter waste" is the name of a start-up project financed by Vinnova within the call for "Increased resource efficiency through circular economy".

The concept of slaughter waste does not sound so fancy, but this is about regaining some of the traditional attitude to Sámi living. Circular thinking has been around for a long time, though it has been a little exempted from the "modern" society. Thank goodness it is ok to think so again!

Threads made from tendons from the reindeer have been used in Sami crafts "at all times" - until now when it has gradually been replaced with a nylon thread. In practice, plastic, that is. The textile College in Borås (Lena Berglin who is project manager and Mikael Skrivfars) as well as Sapmi Innovation AB (Annelie Päiviö and Kerstin Kemlén) and I will prepare a plan for a main project aimed at updating the production of thread from tendons. Traditional and new technology will be integrated!

Short description of my present position

After gaining my PhD in 2000, I have primarily worked as a researcher and teacher at the research subject Gender and Technology whih is part of the division of Human Work Science . Today my work entails project development and management, research, teaching and supervision of graduate students. Between 2011-2013 I was responsible for the Gender and Technology, as acting head of the unit.

Research funding and projects - a selection

In the follow-up project, eLearning-DTN, a learning material was developed, which is now available free of charge on the internet, about how to build a network using the DTN technology developed in the previous N4C project. The partners for this smaller project was a sub group from the N4C consortium. The project was funded by EU Lifelong Learning. LTU was lead partner for both these projects.

Article about N4C in the Journal of Community Informatics

All the conference presentations are as pdfs here

Anywhere? Anytime? The Northern challenge to ICT developers
Paper from a seminar organised by the University of Helsinki's Ruralia Institute in Oulu 2009 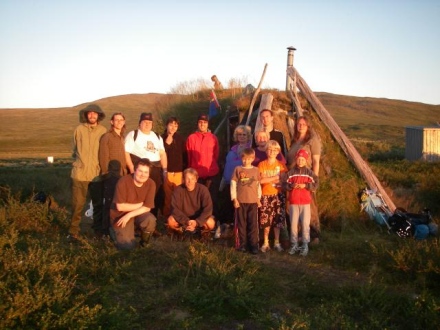 Sámi Network Connectivity, 2004-2006 and the follow-up SNC+1 were financed from Vinnova's program Future Communication Networks. SNC developed from a co-operation between an affirmative action for women in reindeer husbandry and the LTU Gender and Technology unit.The technical concept was originally developed by Avri Doria, Anders Lindgren and Elwyn Davies, based on the DTN standard published by Vint Cerf et al in 2002. The first DTN field tests with the reindeer husbandry community were carried out in 2006. The idea was furthered developed in N4C.

SAGA – Sámi Network Connectivity Gender Allocation, 2005-2007 was co-financed by EU Structural Fund Objective 1. The goal was to secure an active gender profile in SNC. In practice - as SNC was a high-tech project, this meant paying attention to women's participation.

CroCoPil: Cross-border Co operation Pilot Networks was about border regions' cooperation on the topic of Mobile Internet in sparsely populated areas. It was run 2005-2007 and was financed by EU Interreg Nordkalotten. The aim was to exchange experiences through co-ordinated pilot tests, and to develop IT-based product concepts tailored to the needs and conditions in the Arctic. Maria Udén participated in the project development and the project leader was Annika Sällström, CDT. 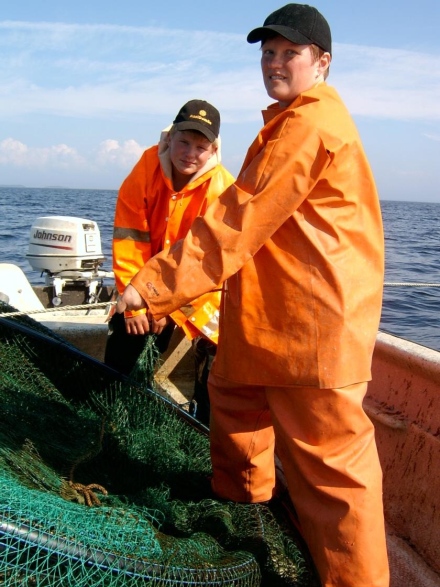 Research related to the women's movement

Women and natural resources in the Arctic - During the first half of the 00's I was involved in two initiatives run by the Kvinneuniversitet Nord (Women's University North) in Steigen, Norway:

For the first part, the fisheries project I got Swedish funding and made a study of the coastal fisheries in Norrbotten. In the second part, I was involved mostly as a reference person. The two initiatives were integrated in the agenda of the Arctic Council's Sustainable Development Working Group.

Lyftet - The project Lyftet, a collaboration with Mälardalen University, was about innovation. It was based on experiences from women's businesses, networks, resource centers, associations, cooperatives and village development groups - in Norrbotten, Västerbotten, Västmanland and Södermanland.

New opportunities for women in reindeer husbandry (NMKR) was a collaboration with an affirmative action for women in Sirges Sami village (grazing community) in Norrbotten. The idea was to follow the local project's activities as independent researcher, and support with questions, analysis, documentation and ideas. One result of NMKR was that some of the women in Sirges got engaged in developing the technology projects SNC and N4C.

Textile techniques is a field where the women-dominated and symbolically feminine meets engineering. Louise Waldén emphasized in her research about textile handicrafts as hobby, how various types of intellectual and bodily efforts are part of the textile "hand-work". She saw everything from the mathematical, abstract to the physically demanding, from small, fine hand movements to the big at the loom. The thought is given that if women can understand a knitting description, what is the mental difference to understanding an engineering procedure? Today, another aspect arises: the textile fiber and the textile design are digitalized and form what is called wearable technology.