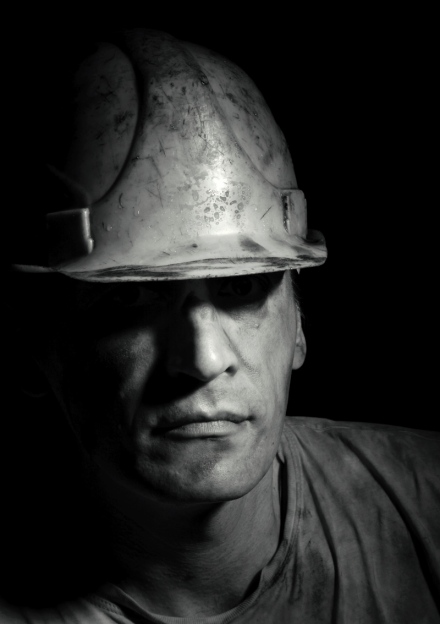 New technologies bring new challenges including the miners' attitude to taking risks in the job. The evolution of technology in the mining industry means a new role for the miner. It's about new jobs, new skills and perhaps also on gender-related changes, as more women are employed by mining companies. The latter is not an entirely unproblematic change in a tradition-bound male-dominated profession. When miners describe their own professional identity is the willingness and ability to take risks and bodily strength such that denotes a "real" miners. But many people want a change of attitude and a workplace culture that is adaptable to the working conditions that come with today's automated mining company.

– Myths about mining is strong and that a "real" miners must be able to manage the risks in work and be strong, even physically, plus making sure their work place underground as a male, heroic and mythical environment, contributing to the macho culture, says Eira Andersson. My studies show that many miners want a change. We're not macho, they say, and calls for a more tolerant workplace culture. With today's high tech mines and the fact that the mining industry is happy to employ women, changing the image of mining work. Taking risks in business or physical strength is not necessary to the same extent as before. And at the management level do you like the female perspective in the mine, including on security and to support a change in men's attitudes and approach to their own professional identity.

Together with a group of 21 miners, including four women, have Eira Andersson discussed attitudes about their professional roles, equality, security, workplace culture and more. The miners have also made your values, and among other things discussed the male and female attitudes to professional role.

Study visit to give new perspectives on work and surveys among my colleagues about professional identity, security issues, new technology etc. input into the change process at LKAB. The main objective of this research was to support LKAB's HR department in the recruitment of female miners and to feed into the work to change old attitudes that constitute obstacles, such as the implementation of new technologies and new ways of organizing work in mining.

– It is important to highlight the men's views on mining. Usually it is women's issues that are the focus and how the women must adapt to the male culture in the mine. I'm surprised at the positive attitude and outspoken equality among male miners, even though we raised the tough questions related to their professional competence, says Eira Andersson.

With a focus on both gender and security issues, it became easier for men to question their professional identity and eventually identified a group of professional ideals in which the-traditional macho man is the norm. Many see this as a limitation, and to some extent a compulsion to dress in the role expected of them, which contributes to a strong motivation to change the workplace culture.

The result of the project of the future mining culture - attitudes about safety issues underground, are presented in Eira Andersson's doctoral thesis, titled Ore male mystery - an interactive study of gender and tradition in modern mining. Within the framework of the EU project I2Mine go Eira Andersson now proceed and study the environment and human health when working in deep mines.