Skip to content
"I have never spent so much time before in a course, it has been very motivating!", says Clemence Theys (to the left) 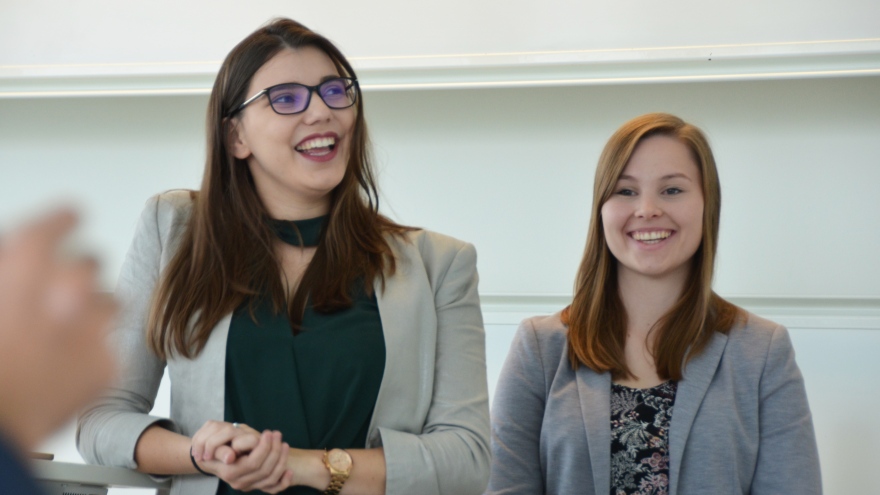 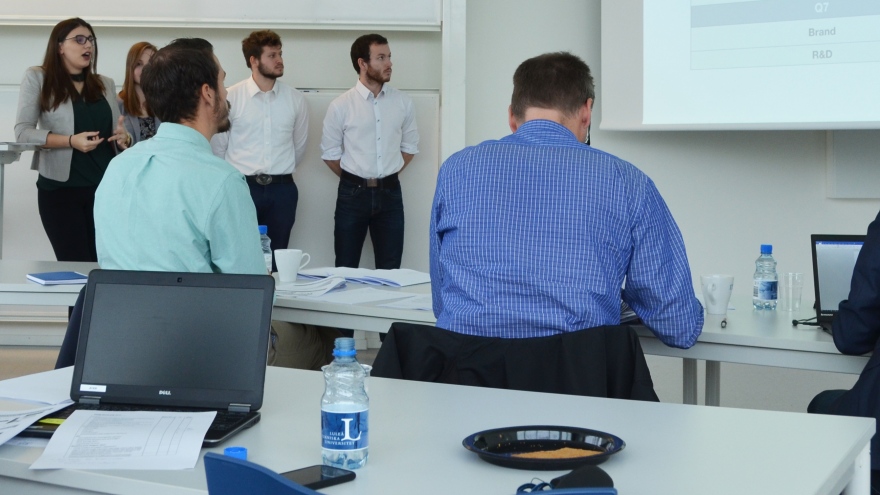 – The game is, of course, a simplification of reality, but it is a great opportunity for the students to apply the theories they learn during the training. It becomes clear how different functions as well as tactical and strategic decisions looks like in a company, says Åsa Wallström, Professor in Industrial Marketing at Luleå University of Technology.

In the simulation game, the student runs seven competing companies for two months, equivalent to two years in the fictional world. They are now halfway into the game and on the 27th of September it was time for the teams to seek external funding to realise their plans. Each company received fifteen minutes to convince the jury to invest in their business idea.

– The students take this very seriously and presentations have been good today. They have not known what their competitors have developed and what plans they have, but we have listened to all groups and have the whole picture. They have really found their areas where they have competitive advantages, says Marcus Isaksson, investor and one of the jury members.

In addition to Markus Isaksson from Thoren Tillväxt AB, the jury consists of Peter Olofsson from the Kaiding and Petter Eriksson from Handelsbanken. Anne Engström, Assistant Professor of Industrial Marketing and Åsa Wallström, Professor in the same subject, represents the company's board of directors in the game. Clémence Theys, exchange student from France, says that the course and the competition are a fun way to use their skills gained from the course.

- I have never spent so much time before in a course, it has been very motivating! Working this way is a great way to gain knowledge and learn how to work together in teams.

The students will hold their final presentations on the 16th of October and then the winner will be appointed. 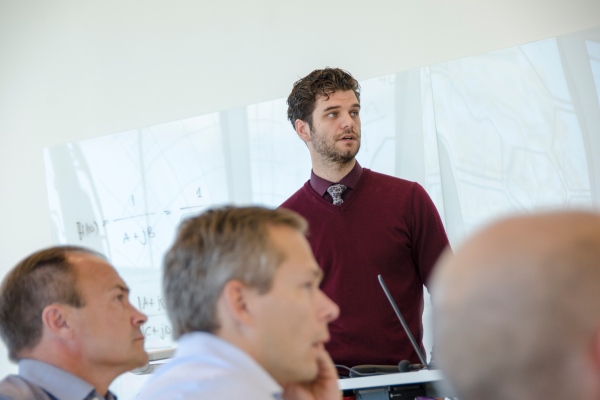 2015-10-26 We are in the 1990s. The industry for personal computers is in its infancy and a large electronic company is about to launch computers in a number of new markets. This was the starting point for the s...