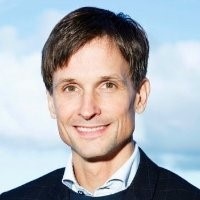 He is from the Norrbotten county with roots in the town of Piteå where he resides with his family. Up until the year of 2002 Jonsson engaged himself in athletics and a skiing career, participating in several World Championships and Olympic Games, and earning a silver medal in the Winter Olympics in Nagano 1998. Jonsson then chose to study at LTU between the years of 2002 and 2005. After completing his studies and earning a Master’s degree in Economics, Jonsson started working at the bank SEB from 2006 to 2013. He held various positions such as stockbroker, private banker and office manager of two offices.